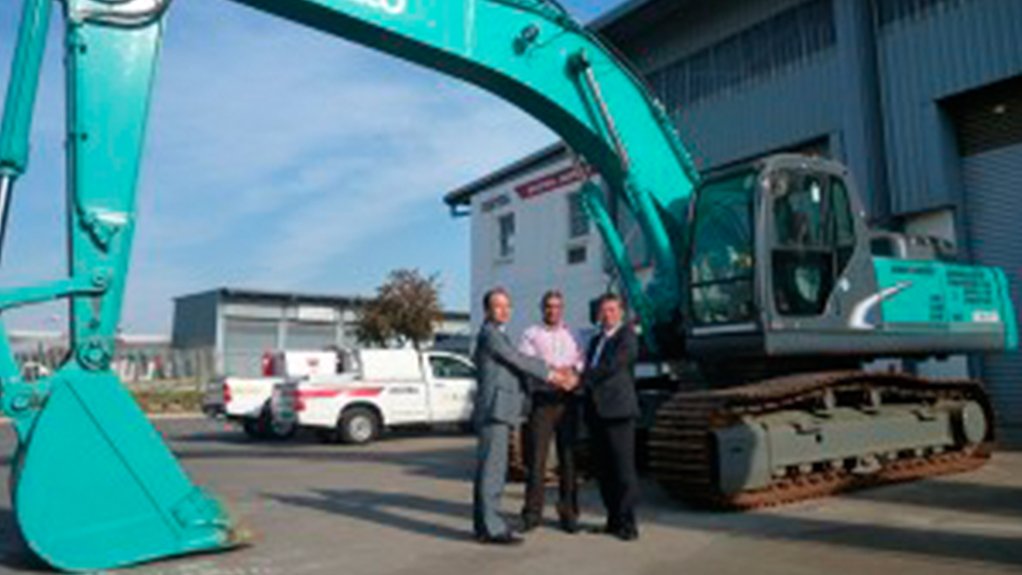 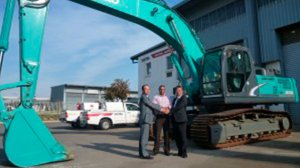 Industrial and agricultural equipment supplier and distributor Eqstra Industrial Equipment (EIE), a division of leasing and capital equipment group Eqstra Holdings, will be launching new products and showcasing its comprehensive range of construction and heavy equipment at this year’s BAUMA CONEXPO AFRICA international trade fair, which is taking place at the Johannesburg Expo Centre from September 15 to 18.

Van Diggelen adds that the distributorship agreement signed earlier this year between Eqstra Heavy Equipment (EHE), a division of EIE, and telescopic and lattice boom crane manufacturer, Link-Belt Construction Equipment, as well as the authorised partnership between EHE and a Toyota Group company, Toyota Tsusho Africa (TTAF), has extended EIE’s product range. The partnership will enable EHE to market the Kobelco hydraulic excavators in South Africa, providing the full suite of sales and aftermarket support services.

EIE will also be showcasing its JCB Loadall telehandler for the mining and construction industry, which is distributed under EIE’s JCB Industrial Equipment banner, as well as a Broderson crane, which also falls under the EHE division. Additionally, 600SA, a division of EIE, will be celebrating loader crane manufacturer Fassi Cranes’ fiftieth anniversary by displaying their Fassi hydraulic truck-mounted crane.

The range’s simplicity of operation, maintenance and advanced engineering and design ensure high-quality performance, even in the most challenging terrains.

About Kobelco Considered to be the world’s most fuel-efficient excavator technology, the Kobelco range of excavators, which has a capacity of up to 85 t of operating weight, is available in South Africa from EHE.

About Broderson and 600SA’s Fassi Cranes The Broderson carry deck crane, which has been part of EIE’s heavy equipment range for many years, provides a simple solution for the yard-crane environment. It has been designed and built for reliability and accessibility and can pick and carry heavy loads while maintaining maneuverability in tight spaces.

Meanwhile, 600SA’s Fassi hydraulic-mounted truck cranes are fitted with the distinct Fassi human-machine interface. Fassi was one of the first crane companies to develop remote-controlled systems using a radio-control device. This allows for the operator to work from a safer position, providing better visibility of the load while also, in certain cases, reducing the number of people involved.

Innovative communication systems have been produced and reliability established for the radio transmission, while the control consoles have been made user-friendly, enabling the operator to control the crane using the real-time display.

JCB Industrial Equipment With admirable versatility and ergonomics, the JCB Loadall telehandler, used in the mining and construction environments, is also extremely efficient in terms of fuel, resale value and running costs.

EIE started distributing JCB products in 2007 by introducing the JCB Teletruck to its customer base. The all-terrain forklift followed in 2012, with the telescopic handler and the skid-steer loader becoming part of JCB’s range in 2013.

Van Diggelen highlights BAUMA CONEXPO AFRICA as a renowned international event, adding that the organisers have put considerable effort into getting the right kind of customers to attend the show. She adds that customers will be expecting to see leading international brands on display.

EIE exhibited at the bauma Africa 2013 event (so-called prior to its renaming), and she believes that this year’s turnout will be better. She claims that the venue is more conducive to the heavy equipment environment, which allows for more activities and demonstrations throughout the expo. Consequently, EIE promises to have some surprises lined up for customers who attend the exhibition and visit their outside stand, OS.140 at turnstile 5/6.

EIE is a division of Eqstra Holdings, which is listed on the JSE. The company provides distribution, leasing, rental and value-added services for industrial, materials handling and agricultural equipment in South Africa, and other African countries, as well as the UK and Ireland.