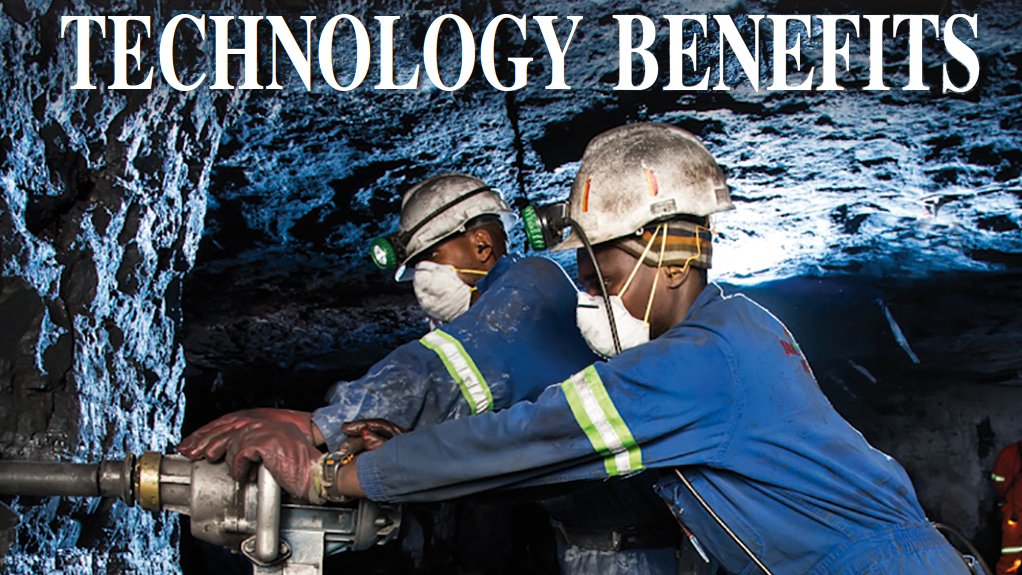 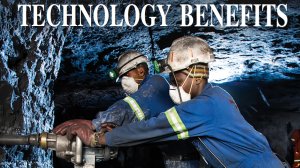 JOHANNESBURG (miningweekly.com) – The adoption of new technology, aimed at improving operational efficiency and lowering costs, is driving the future of the resources sector globally. However, South Africa’s deep-level underground platinum and gold mining sectors, with their unique challenges, have proven to be slower in adopting new technologies.

McKinsey partner and basic materials, digital and analytics global leader Richard Sellschop tells Mining Weekly that bulk commodity openpit miners in iron-ore and coal have met with significant success in increasing their productivity and maintaining profit margins through the adoption of new technologies.

Such technologies, particularly those that promote mechanised mining, have been criticised, as it is commonly believed that mechanisation will lead to increased job losses. University of the Witwatersrand Centre for Mechanised Mining and Systems director Declan Vogt points out, however, that South Africa’s coal mining industry has significantly increased the number of people it employs postmechanisation, “simply because it is globally competitive, which has resulted in significant growth”.

According to the Chamber of Mines (CoM), South Africa is currently the sixth-largest exporter of coal but has only about 3.5% of the world’s known coal resources. The local coal sector employs about 87 500 people, the third-largest mining employer after gold and platinum.

The local gold mining industry, which has been unable to compete with countries such as China and Australia, which are able to produce gold at a significantly lower cost, is, on the other hand, a relative laggard. Despite having the largest known gold resources in the world, the CoM notes, South Africa contributes only about 5% to the global supply now.

But Vogt remains upbeat, stating that the sector, which once produced the bulk of the world’s gold, could replicate the success of local coal miners if it is “able to make the necessary technological and cultural breakthroughs”.

“The technology disruptors in openpit mining are clearer, as they have been playing out in other regions, such as Australia, for a number of years, and are increasing in sophistication and benefit productivity,” Sellschop adds.

However, Vogt points out that it is openpit mining operations’ access to global positioning systems and wireless communication technologies, which has facilitated a greater level of communication between machines, personnel and management than its underground contemporaries, that has been pivotal.

“Underground mines have no effective communication tools that can provide communication through rock, significantly limiting the information available to mineworkers and management regarding the location of equipment and personnel,” he says.

Vogt notes that, while there are numerous initiatives under way that aim to resolve this challenge, underground miners have largely settled on WiFi networks for communication. He asserts that this is most effective in operations like diamond block-cave mining, which have no advancing face, allowing large fixed WiFi installations. WiFi becomes less efficient in operations with rapidly progressing rock faces, such as gold mines, where the face can advance about 20 m a month, requiring the infrastructure to be moved with the progressing rock face.

Vogt points out that the core challenge facing underground mining operations, particularly in South Africa’s gold and platinum sectors, is breaking the hard rock surrounding local orebodies without the use of explosives.

Current drill-and-blast methods, undertaken in shifts, he notes, are inadequate and a move to nonexplosive methods would promote continuous rock breaking, thereby driving efficiency in the gold and platinum sectors.

“However, currently, there is not a machine in routine use that can break the hard rock surrounding South Africa’s platinum and gold reefs, but there are interesting trials in progress,” Vogt points out.

Moreover, CoM modernisation and safety senior executive Sietse van der Woude adds that drill-and-blast techniques are an inefficient method for mining South Africa’s narrow gold and platinum resources, as this generates a significant amount of waste rock, in addition to the precious metals.

Sellschop says: “Given the unique characteristics of deep-level hard rock mining in South Africa and the resultant challenges, there are definitely opportunities for the development of new technologies.”

However, he points out that the global market for technologies aimed at addressing deep-level hard rock mining is relatively small compared with, for example, cut-and-fill operations, resulting in few ‘off the shelf’ technologies.

This leaves much of the research and development needs in the hands of local stakeholders, and Van der Woude points out that, for instance, gold miner AngloGold Ashanti’s principles to “safely mine, all the gold, only the gold, all of the time”, speaks to the way mining companies, government, local manufacturers and research institutions are looking to take advantage of the opportunities presented by South Africa’s geological challenges and vast unequalled opportunities.

Consequently, stakeholders have invested significantly in developing technology and systems to improve safety, health and production, resulting in the development of several “quick-win programmes”. These should contribute to the extension of the lives of mines, thereby saving jobs.

Van der Woude tells Mining Weekly that the CoM’s quick-win programmes, intended to be part of an innovation roadmap to 2030, are focused on three key areas.

The first is to modernise current mining operations by increasing the efficiency of the extraction process, reducing costs and improving the health and safety of mineworkers.

More specifically, the programmes aim to address human factors through research in skills development, change management, the organisational culture and community- related issues. Further, the programmes will research ways of implementing the International Labour Organisation’s Just Transition framework, which covers a range of social interventions required to sustain jobs and protect the livelihoods of mine- workers and their dependants during the transition to improved production.

Another intervention will look at the modernisation of existing mining operations. As not all operations will be suitable for mechanisation, some will, therefore, require research to ensure continuous improvement of these assets. This will promote safety and health at existing operations and improve their productivity and the sustainability.

Linked to this is research into real-time information systems through the application of the Internet of Things to investigate innovations in digitalisation and ICT, and how these can be adopted by gold and platinum miners to facilitate real-time information collection, monitoring and management.

Finally, the programmes will research how to best apply mechanised and continuous mining systems to effectively address the geological challenges relative to gold and platinum orebodies.

Vogt emphasises that, while focusing on new technology to solve the local productivity conundrum is important, it may not have the short-term impact the industry requires.

Addressing organisational culture, he says, will provide the short-term productivity gains needed in the industry; however, “that is hard and it is much easier to buy a new machine than it is to try to roll out a culture change across the mining sector”.

Vogt highlights that organisations in other industries have adopted a culture of learning and innovation to tackle disruptive technological challenges, and those that have garnered the greatest success “fail fast and fail cheaply, but, in the process, find a better way”.

“At the moment, mining is almost the complete antithesis,” says Vogt.

However, there are local mining companies, he points out, that have championed continuous improvement through innovation and learning. These companies include gold and platinum miner Sibanye, which has found success through culture change, consistently turning a profit despite taking ownership of ageing mining assets.

Vogt points out that the number of fatalities in South Africa’s mining industry has declined significantly, owing to a culture change in mining, particularly with the industry’s adoption of strategies aimed at zero harm.

One of the aims of modernisation in South Africa is to improve the safety of mineworkers, a goal that can be effectively achieved by moving workers from the rock face, where about 50% of all underground fatalities occur, using remotely operated or autonomous machines.

“Technology is a route to improved safety, but it is also not the only route,” he asserts.

Vogt points out that significantly more mineworkers die in traffic accidents than in underground mining accidents. He adds: “It is difficult to promote a culture of safety when people are exposed to considerable risks when they leave a mine’s property.”

Vogt highlights that the adoption of technology will always require a mindset change for an organisation. “If we can achieve a culture change, we can probably do a lot better while still using our current mining methods. But, if we want to change our methods, we require a change in culture.”