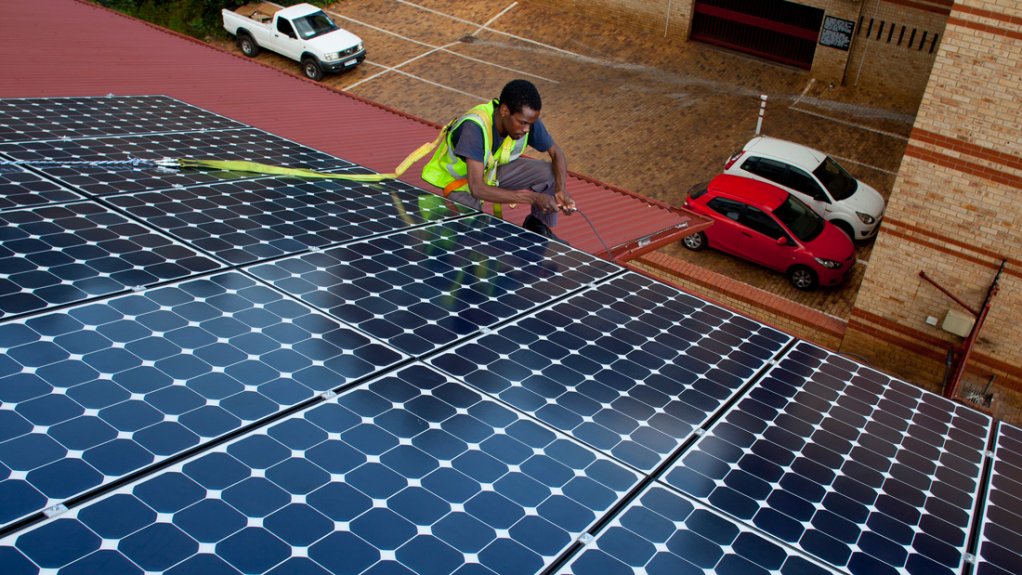 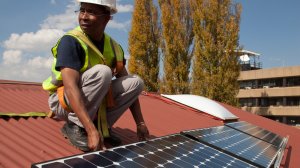 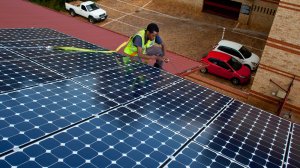 The R123 000 installation incorporated 44 solar panels and a grid-tie inverter, which meant it could substitute electricity generated by State-owned Eskom when needed and could allow for excess electricity to be fed back into the grid.

Mhlanga stated that the system would generate about 18 000 kWh/y, compared with the office’s demand of about 14 000 kWh/y. She added that the organisation had decided against a storage system, as it would rather seek to sell surplus electricity back into the national grid.

However, she pointed out that a shortfall in legislation and political will was currently prohibiting such an undertaking.

“There seems to be a grey area in terms of legislation. There is no policy in place, no net metering, no reverse metering and no feed-in tariff. We need more clarity.

“We would like to see enabling legislation, as well as proper support mechanisms that allow for a solar rooftop revolution that would see not only big renewable-energy producers, but also households, feed electricity into the grid and help with the impending energy crisis in this country and generally promote increased renewable energy in the grid,” Mhlanga stated.

She highlighted that government would have to ensure that such legislation was streamlined through all municipalities.

“We need to have supportive legislation across the country that is governed at national level.”

Further, she said Greenpeace Africa’s installation assisted in eradicating the notion that renewable-energy deployment was difficult and costly. The project had a payback period of four years and would enable the organisation to save a minimum of R30 000 a year on its electricity bill.

“We want to encourage government and other stakeholders to support renewable energy and make rooftops in South Africa reliable energy-producing centres, but we need the legislative and monetary support,” he urged.

O'Brien Onyeka added that electricity distribution formed a significant income source for municipalities, which confirmed that it was a question of political will to shift to renewable-energy alternatives.

“They [government] have to prioritise the right that all people have to electricity supply. It is important that municipalities understand that we do not want to cut them out, but that they should look at alternative sources of income,” he said.

Meanwhile, City of Johannesburg energy director Thabo Mahlatsi assured that there was not a lack of political will and that the municipality was currently developing legislation to enable users to sell excess electricity generated from renewable-energy sources, back into the gird.

He noted, however, that this was a time-consuming and complex process.

Mahlatsi added that the city’s growth and development strategy was based on sustainability, adding that it would, therefore, embark on renewable-energy projects going forward.

“As the mayor has indicated, the city is going to act as a facilitator to enable sustainable electricity supply,” he said.