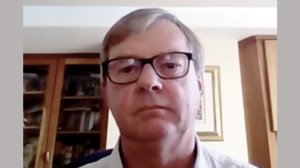 JOHANNESBURG (miningweekly.com) – The renowned exploration geologist linked to the colossal and still-thriving diamond discovery against all odds at the Venetia diamond mine in Limpopo, believes there is no reason why new battery and other specialist minerals cannot be discovered in South Africa, using the techniques that he applied in diamond exploration in those days.

Highly experienced Bill McKechnie was intensely involved with greenfield exploration in South Africa in past years, and was part of the De Beers team that also made many other diamondiferous kimberlites discoveries besides Venetia, including The Oaks. (Also watch attached Creamer Media video.)

South Africa undoubtedly has the endowment in many areas, McKechnie told Mining Weekly in a Zoom interview. But he lamented the tiny 0.93% of total global exploration expenditure that is coming to South Africa this year, although $4-million of it, interestingly, is for grassroots exploration into lithium, “which is one of the new battery revolution minerals coming through”.

When McKechnie joined De Beers in 1974 with a Bachelor of Science (honours) in geology from Aberdeen University in Scotland, he began his career carrying out diamond exploration in an area that was hardly recognised but that turned out to be highly prospective.

“The process of discovery starts off by someone being willing to invest their money first of all, and finding people prepared to invest their time and effort in doing work that needs to be done to discover new opportunities, if these are available.

“In South Africa, when you look at the geological environment, there are some commodities that are easier to find than others, because South Africa is so well known geologically.

“I think that’s part of the reason why people under estimated, at that time in the 1970s, the diamond potential as it then was.

“There was a prevailing feeling that everything that needed to be discovered had been discovered, and that was quite clearly wrong.

“That’s the thing that we have to consider at the moment. If one looks at world global exploration, there’s $8.3-billion planned to be spent on global exploration throughout the world in 2021, and only less than 1% – 0.93% – of that is coming to South Africa, according to S&P Global.

“Their numbers won’t be exactly right, but they are the best proxy that we have at the moment.

“That amounts to $77.4-million of expenditure. Now, that sounds a lot of money in South African terms once you multiply it out by the current rand exchange rate, but a terrifying thing is that 50% of that is going into projects on existing mines.

“And then you have feasibility studies being done on projects where there may have been new discoveries or, what’s mainly happening at the moment in South Africa, is that old discoveries are being rehashed again. Old defunct projects are being revitalised and reconsidered,” McKechnie revealed.

Fifty per cent of South African exploration thus goes into extending the lives of existing mines that are on their way to depletion, with a portion of the 34% of the $77.4-million going into the few new discoveries identified and most into old defunct projects or projects identified and taken forward further.

“So, only 16% of the $77.4-million is going into grassroots exploration,” McKechnie pointed out.

Quite a large amount, $4-million, is going into grassroots lithium exploration, and a very small amount is going on platinum group elements (PGEs).

“It’s not difficult to find PGEs in South Africa. You’ve got the Merensky Reef and the Bushveld Igneous Complex that are understood and well known geologically. People know where to go,” he explained.

“A very large amount of exploration expenditure ends up going, as a matter of course, into those areas because they are easy to find, they tend to be easier to secure and you’re more likely to be able to get a return on your investment,” he said.

McKechnie has been watching South Africa’s exploration space since South Africa’s new legislation came in place in 2002 and pointed out at the time the need for South Africa to encourage investment in exploration to ensure the longevity of this country’s mining industry.

“There’s a lot of goodwill towards developing the exploration industry and really getting things moving, but the logjam is at the State level,” he said.

"As presently formulated, the proposed new regulations that will make the Council for Geoscience ‘custodian' of all geoscience information relating to South African geology, wherever it is held in the world, are absurd and will harm the country’s prospects as an exploration investment and geological research destination," McKechnie warned.