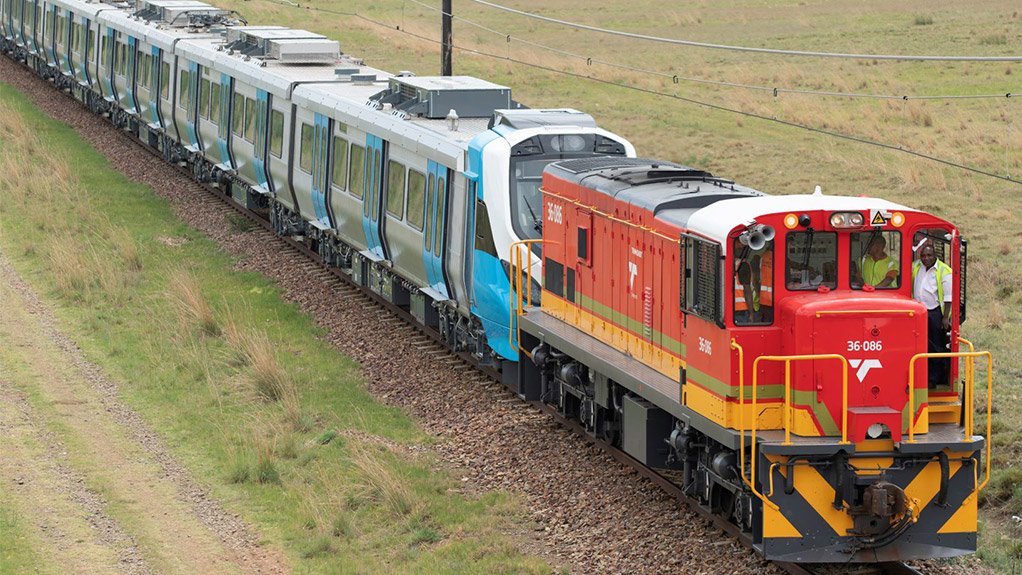 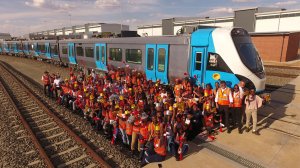 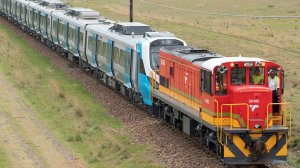 The train was dispatched from Gibela’s new train manufacturing complex at Dunnottar, in Ekurhuleni, this week, travelling to Prasa’s Wolmerton depot, north of Pretoria.

The train has taken 14 months to complete, with production having started in September 2017, says Gibela CEO Thierry Darthout.

“This train has been built while finishing construction of one of the largest manufacturing plants in the world.

“Coordinating multiple processes and reaching these major milestones at the same time is an achievement in and of itself,” he notes.

“Seeing off this modern train, the first in a generation, I am reminded that every hour devoted by Gibela’s dynamic and aspirational team has been worth it. This train is for them – and for their fellow South Africans.

“We are hugely indebted to our majority shareholder, Alstom, for the invaluable support they have given us in the transfer of technology programme that enabled today’s feat, and also for their continued support of our operational endeavours.”

Gibela currently employs around 800 people to built the trains, with about 100 local supplier providing the various components, as well as a number of services.

At full production, the plant will employ 1 500 people.

Already the next two locally built trains are undergoing testing and commissioning, with 16 cars in the fitting workshop and 23 in the car body-shell workshop.

At full production, the Gibela plant will turn out 62 trains a year, which is a total of 580 trains over the next ten years.

This will be the fastest train production rate in the world.

Gibela was formed as a joint venture to replace PRASA’s outdated rolling stock and has to deliver 600 new passenger trains over the next ten years.