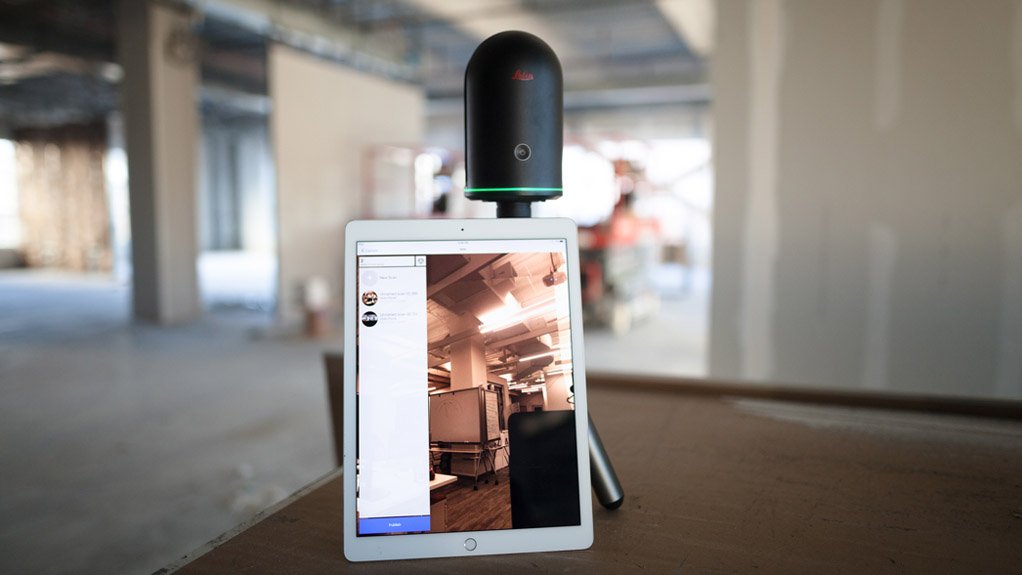 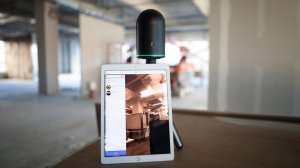 Aciel Geomatics, the appointed distributor for Switzerland-based Leica Geosystems, launched the scanner at the geomatics industry’s yearly conference, the Geomatics Indaba, in Durban, KwaZulu-Natal, in August.

The scanner weighs 1.1 kg and is 165 mm high and 100 mm in diameter. It can operate in temperatures from 5 ºC to more than 40 ºC, making it suitable for indoor and outdoor use. The scanner has a range precision of more than 4 mm at 15 m. Its range extends to 60 m.

Features of the BLK360 include a 150 MP spherical image generation capability, as well as 360 000 laser scan points a second.

In terms of specifications, the BLK360 has a light detection and ranging sensor, or LiDAR, an infrared sensor for thermal imaging, as well as 360º cameras, which perform spherical imaging with an LED flash and HDR support.

The wireless scanner has three resolutions: high, standard and fast, with a full-dome scan that can be completed in less than three minutes in standard resolution.

Bornman explains that, in order to simplify the use of the BLK360, Leica has teamed up with US multinational software corporation Autodesk to allow for the data to integrate seamlessly into Autodesk’s ReCap Pro software.

Through the combination of the BLK360 and Autodesk ReCap Pro software, users have the advantage of speed, as they can conduct ‘on-the-fly’ image and cloud processing in the field, while having flexibility and portability of the small, lightweight scanner.

“If you’ve ever done the time-consuming fieldwork of measuring a space to create plans, or have had to draft the plans in CAD from someone else’s questionable measurements, you know the process could potentially be riddled with costly errors,” Bornman points out.

However, with the demand for accurate 3D models ever increasing, Leica has made it possible for the professional to be able to capture reality at an affordable price, Bornman concludes.