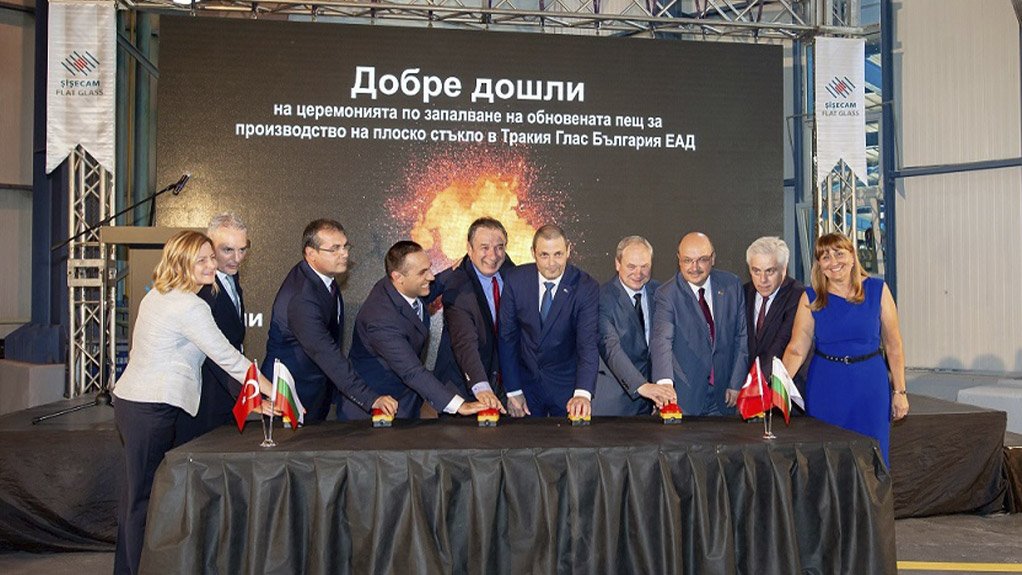 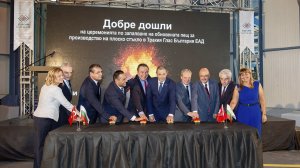 Şişecam Flat Glass plant, in Targovishte, fired the flat glass furnace, which has been renewed with an investment of €42-million, at a ceremony held on July 2.

“Our group contributes to the Bulgarian economy with the employment of about 3 250 people as a result of our operations.”

Kirman gave a speech at the ceremony attended by 300 invitees. This included the customers of Şişecam Flat Glass in Europe, architects and sector professionals as well as the Şişecam Group executives and employees. He drew attention to the fact that Şişecam was a global actor in all main areas of the glass industry such as flat glass, glassware, glass packaging and glass fibre as well as soda and chrome compounds.

“We are the third-largest glassware manufacturer and the fifth-largest flat glass manufacturer in the world.”

He explains that the company ranks seventh in synthetic soda production, and is the leader in chrome chemicals globally. “We are a group on an international scale with our 22 000 employees, production activities spreading across 13 countries in three continents and sales to over 150 countries. With our new soda investment in the US, we will increase the number of countries of operation to 14.”

Stating that the group had made its first investment in Bulgaria under Şişecam Chemicals in 1997, Kirman explained that, during the privatisation, the group became the shareholder of the Bulgarian soda producer with the Belgian Solvay. It continued its investments in Bulgaria by increasing its shareholding interest to 25% in the company in the following years.

“We took our first step for greenfield projects with new investments in Bulgaria in 2004. Our group laid the foundation for the flat glass, automotive glass and glassware production facilities in 2004.”

With this investment, the group was bestowed with the title of the ‘Largest greenfield investor in Bulgaria’.

After the glassware plant commenced production in 2005, the group commissioned the first float line in flat glass followed by the mirror, laminated glass and tempered glass lines in 2006, and put the automotive glass plant into operation in 2010. In 2013, the energy-saving coated glass production started.

“As Şişecam Group, we continue our operations with Şişecam subsidiaries Trakya Glass Bulgaria EAD, Şişecam Automotive Bulgaria EAD and Paşabahçe Bulgaria EAD as well as Solvay Sodi in which we have ownership interest.”

“A major part of our flat glass, glassware and automotive glass production is exported to Europe. Our Group’s investments in Bulgaria have reached €600-million in total so far. Like the flat glass furnace, we have renewed and fired with an investment of €42-million, the group will continue its investments in modernisation and capacity increases in its Bulgarian manufacturing facilities.”

In addition to all these investments, the group aims to contribute to the Bulgarian economy by increasing labour force participation, with new employment projects adding to the 3 250 people it employs in Bulgaria.