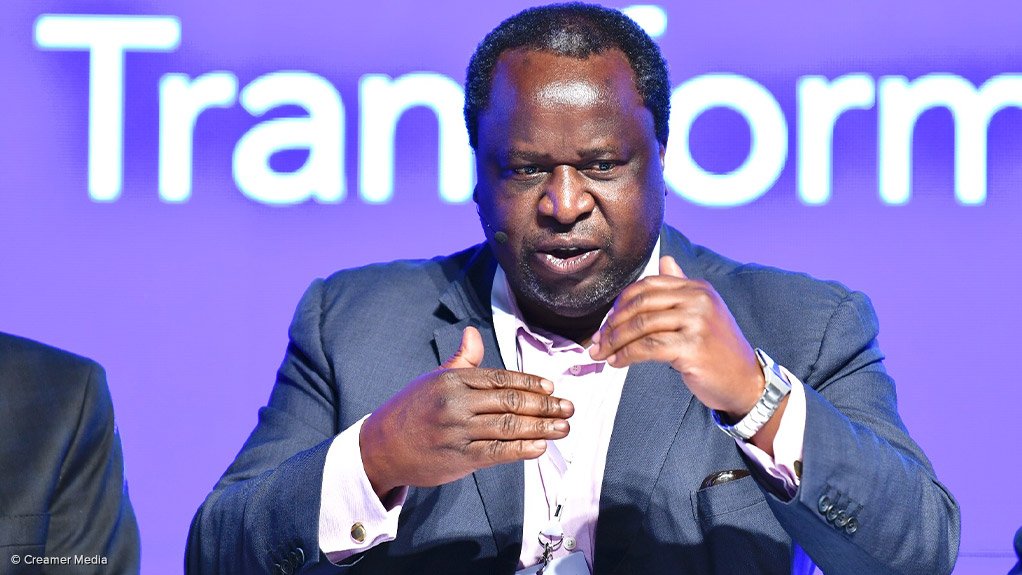 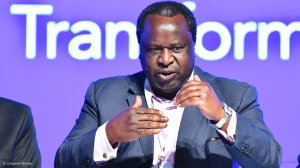 Finance Minister Tito Mboweni stressed on Monday that, before contemplating any possible stimulus package to address the negative economic effects of the Covid-19 pandemic, all efforts should be geared towards ensuring that the already weak domestic economy “does not grind to a halt”. A failure to do so, he added, would further undermine the collection of the tax revenues required to take the actions needed to deal with the health crisis.

Speaking during a media briefing hosted to unpack government’s response to the crisis, following President Cyril Ramaphosa’s March 15 declaration of the outbreak as a State of National Disaster, Mboweni said the primary objective should be to keep the economy moving so that South Africa did not descend into a “prolonged recession”.

South Africa had already officially slumped into a recession after gross domestic product shrunk by 1.4% in the fourth quarter of 2019 and, even before the Covid-19 outbreak, the National Treasury was forecasting an economic expansion of only 0.9% for 2020.

Mboweni stressed that finance would be released to combat the virus, with the initial funding to be made available from the National Disaster Fund. He refused, however, to disclose how much money was available in the fund, arguing that making such information public could result in a spike in the price of those items government aimed to procure urgently.

The declaration of Covid-19 as a State of National Disaster, which is catered for under Section 36 of the Constitution, would facilitate the accelerated procurement of a range of basic goods, including food, pharmaceuticals, protective equipment and medical supplies.

The declaration also enabled government to place “reasonable” restrictions on some of the rights outlined in the Bill of Rights, including the freedom of assembly and movement, with Ramaphosa having already outlined travel restrictions, the closure of borders and the imposition of a public-assembly threshold of no more than 100 people.

Besides the National Disaster Fund, the National Treasury was also studying the potential for shifting funding from other government programmes to aid the Covid-19 fight.

Trade and Industry Minister Ebrahim Patel also reported that measures to address and mitigate the likely economic slowdown were being contemplated, including:

Mboweni stressed that government had no intention of imposing any specific measures on the banks and/or insurance companies but said a “conversation was needed” about what role the banks and financial services industry could play during the crisis.

“Let’s assume that a number of workers are unable to go to work for one reason or another, but that they have a bond with a bank. What does that mean? It’s a conversation to be had – not to force ourselves on them, but to say, ‘let’s have a conversation’,” Mboweni mused.

Likewise, the Finance Minister intended to meet with the insurance industry to discuss their typical exclusions for events such as conference and flight cancellations.

Mboweni was scathing, though, of those arguing that a reduction in interest rates would solve all South Africa’s economic problems. “They are wrong!” the Minister asserted, while stressing that the South African Reserve Bank was well aware of its “responsibilities in a time of pandemic”.

Health Minister Zweli Mhkize, who is leading government’s Covid-19 coordination effort, also stressed the importance of continued economic activity amid the drive to “flatten the curve” and ensure that infections did not “explode” in a way that overwhelmed South Africa’s health service.

RESTRICTIONS ON PEOPLE, NOT GOODS

Therefore, Patel stressed that no restrictions had been placed on the import or export of goods, despite government’s decision to close 37 of its 72 ports of entry.

Home Affairs Minister Aaron Motsoaledi noted that none of the 35 land borders closed were key trade routes, while the restrictions imposed at the seaports of Saldanha Bay and Mossel Bay related only to passenger disembarkations and crew rotations.

Patel reported that several initiatives were under way to keep supply chains intact, particularly those governing the trade of basic foods, medical supplies and pharmaceuticals. He also reported ongoing engagements with the automotive, retail, pharmaceuticals, food and beverage, mining, steel and agricultural sectors.

Analysis was also being conducted on the possibility of “scaling up” local production of these items.

Patel stressed that consumer and competition regulators had been placed on “high alert” for any sign of excessive pricing and anticompetitive behaviour, adding that recent amendments to the Competition Act had made it easier for the authorities to investigate and act against transgressors.

Discussions were also under way between business and labour about mitigating the effects of possible work downtime and/or shutdowns through measures such as short-time, job-sharing and work-from-home provisions.

Mkhize said the enforcement of the Disaster Management Act would help ensure accelerated procurement, improved coordination and facilitate the diversion of resources to combat the virus.

Should these measures fail, however, government would consider declaring a “State of Emergency”.