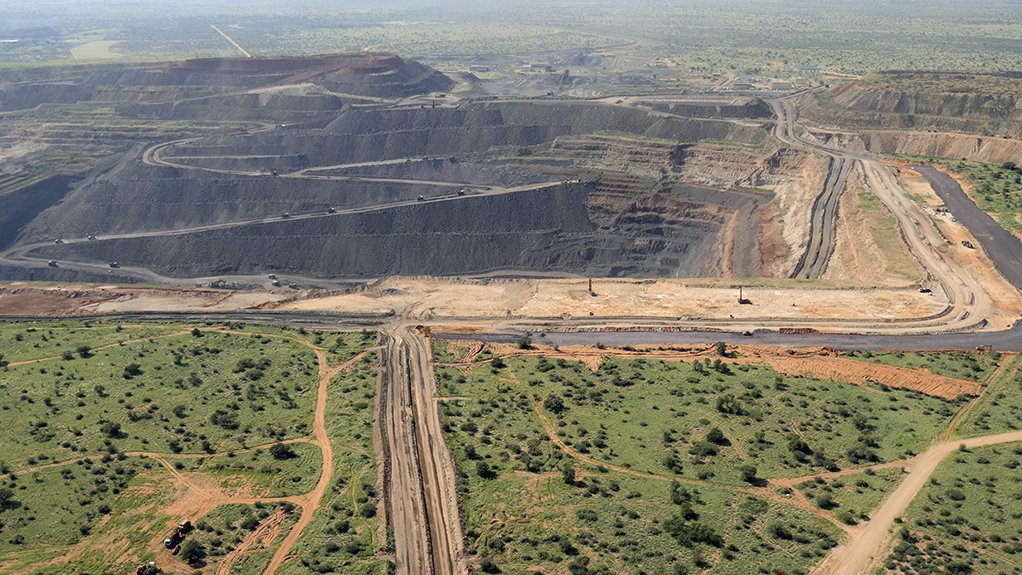 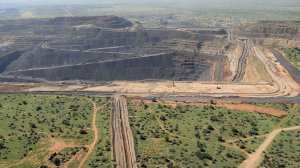 Tshipi Borwa manganese mine, in the Northern Cape.

JOHANNESBURG (miningweekly.com) ­– Mining investment company Ntsimbintle Holdings has acquired a further 13.8% stake in Jupiter Mines, making it the Australian-listed miner’s largest shareholder, with a total holding of 19.9% and entrenching its position in manganese mining at Tshipi é Ntle Manganese Mining's mine in the Northern Cape.

Empowered Ntsimbintle has invested around R1.3-billion over the last 18 months in acquiring the additional 270.5-million-share stake.

As a low-cost producer of high-quality manganese ore, Tshipi generates strong cash flows and community dividend distribution. It has fully invested mine and logistics infrastructure and an experienced management team.

“With this transaction Ntsimbintle, a truly broad-based South African BEE company, has become one of the world’s major forces in manganese mining. This is something that every South African can be proud of particularly because from inception, Ntsimbintle committed to social investment in the Northern Cape and to sharing the economic benefits of mining with local communities. Dividends paid back to shareholders to date has been R3.26 billion,” Ntsimbintle Holdings chairperson and anti-apartheid struggle veteran Saki Macozoma stated in a media release to Mining Weekly on Tuesday.

“Our R1.3-billion investment in Jupiter Mines brings home some of the interest that was released when we were raising capital for the development of Tshipi. This investment is a significant vote of confidence by Ntsimbintle in the Tshipi mine, and in the future of South Africa’s manganese sector,” Macozoma added.

In addition to the 39.66% interest held by Safika Resources, a subsidiary of Safika Holdings, its other shareholders include 13 community, women and entrepreneurial entities based mostly in the Northern Cape, of which the John Taolo Gaetsewe Development Trust, with its 14.47% interest, is the company’s second largest shareholder.

As an irreplaceable element in carbon steel production, manganese is part of a long value chain, with demand for manganese ore ultimately driven by changes in demand from end-users, primarily steel producers. Outside of its steel applications, manganese is becoming a contributor to the battery electric vehicle market. With the World Steel Association forecasting short-term steel demand from 2021 to 2022 to grow by 5.8% and with growth forecasts from 2020 to 2025 estimated at about 2% a year, the market fundamentals supporting the acquisition remain competitive.

Despite sporadic small localised waves of Covid-19, Chinese economic activity has not been as gravely affected by the pandemic and with other advanced economies, such as the US, implementing various infrastructure backed stimuli packages to boost and support job creation, the manganese ore demand outlook is expected to remain healthy largely owing to rebounds in major steel using sectors such as the construction and automotive sectors, the release states.

Ntsimbintle’s other assets include a 9% shareholding in South32's Hotazel Manganese Mines; the new Mokala Manganese mine that came into production last month with Glencore as a 49% partner; Khwara Manganese, the northern portion of the Wessels mine on which a bankable feasibility study has been completed; and Ntsimbintle Marketing and Trading, the group's Singapore-based marketing operation. These assets enable full integration into the manganese value chain.

Ntsimbintle was formed in 2003 to pursue exploration and mining opportunities emerging in the South African manganese sector.

Prospecting rights for an area between Kathu and Hotazel, in the Northern Cape, were granted in 2006 to Ntsimbintle, which then commenced prospecting activities. To fund mine development and construction, other investors, most notably Pallinghurst Co-Investors/Jupiter Mines and Australian-listed OM Holdings, acquired stakes directly in Tshipi and in Ntsimbintle Mining. The Tshipi mining right application was approved in 2010 and, after a 20-month construction and commissioning phase, Tshipi Borwa Mine railed and exported its first manganese ore.

“Our increasing influence in the manganese sector, will mean that Ntsimbintle can continue to capitalise on regional and co-development consolidation opportunities, and will do so through disciplined value-accretive industry acquisitions, that will allow greater exposure to extremely attractive manganese fundamentals,” Macazoma said.

Tshipi is one of a handful of mines that have opened in addition to those of the traditional manganese suppliers such as Assmang and Samancor, which is South32 and Anglo American. As Mining Weekly reported on Monday, others include United Manganese of Kalahari, Kudumane and Kalagadi, taking South Africa’s exports from around four-million tonnes to from 10-million tonnes to 12-million tonnes. Whereas in the past manganese was only exported through Port Elizabeth, exports are now also going through Saldanha, on a price parity basis. Road transport for export from Durban also takes place.

Prices are around $5/dmt to $6/dmt with reports of sustained economic growth in China boding well for the manganese industry.

Macozoma, who turns 64 in May, is a former deputy chairperson of Standard Bank and a former MD of South Africa's State-owned rail company Transnet.

Mining Weekly can report that in the mid-1970s liberation struggle, he was a South African Students Movement organiser, and was imprisoned on Robben Island from 1976 to 1982.

His first job – as a R400-a-month soils analyst for Blasting & Excavating in Port Elizabeth in 1982 – was short-lived as the police did not want him to have access to explosives. Thereafter, he joined the South African Council of Churches.