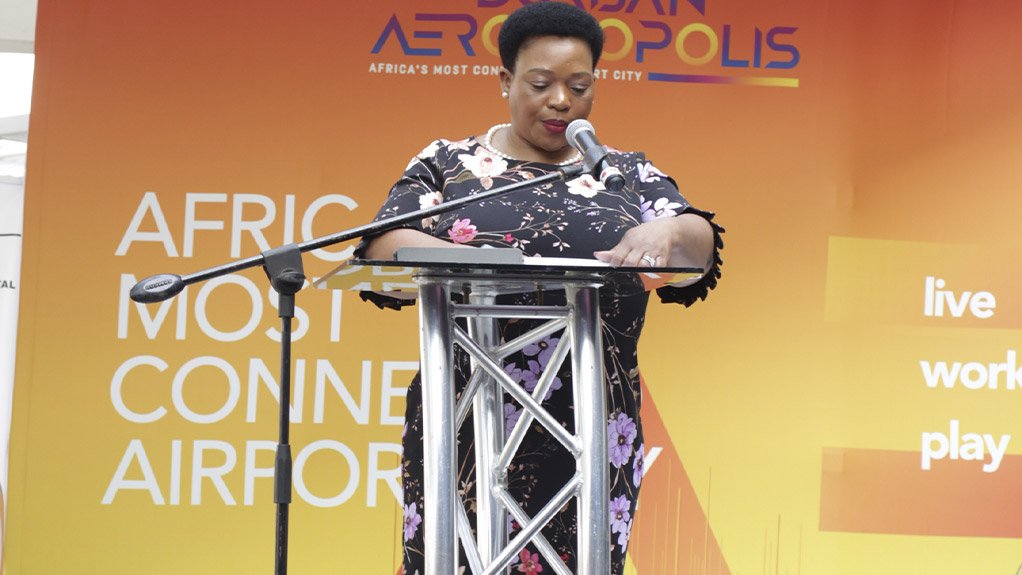 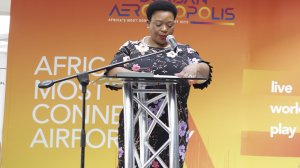 A masterplan for a Durban aerotropolis that is expected to attract about R1-trillion in public and private sector investment and create 750 000 jobs over a 50-year period has been unveiled.

Speaking ahead of the launch of a Visitors Centre and the unveiling of an extensive model of the proposed aerotropolis, KwaZulu-Natal Economic Development, Tourism and Environmental Affairs MEC Nomusa Dube-Ncube said the purpose-built airport city, which was anchored by the King Shaka International airport, would enhance urban, regional and national competitiveness and make the province more economically efficient, sustainable and attractive to investment.

The plan extends across a distance of one hour’s travel time from the airport in all directions and includes the surrounding Dube TradePort Special Economic Zone (SEZ). It covers 32 000 ha of land, which translates into 42-million square metres of developable property.

Development will be rolled out in phases.

Dube TradePort Corporation chairperson Professor Zanele Bridgette Gaza described the aerotropolis as a ground-breaking concept for KwaZulu-Natal, as well as for South Africa.

She said it would create an environment capable of capitalising on steadily increasing international air connectivity, efficiencies related to the Dube TradePort manufacturing and logistics hub, the adjacent and strategically important Durban harbour, a growing SEZ and a greenfield space ripe for well-planned and carefully orchestrated development.

The fact that this was one of very few initiatives worldwide “utilising a greenfield site, consciously tailored to become a platform for the support of air logistics" set it apart from other aerotropolis developments both locally and abroad.

“The development of wide-ranging social infrastructure will bring with it the advent of small business promotion and growth in small-scale agricultural activities, new entrepreneurial prospects and initiatives to address affordable housing backlogs, paving the way for integrated urban communities living in dignified settlements and enabling residents to be co-located with job opportunities in a new live-work-play model,” she said.

Economic objectives include the promotion of higher-value and inclusive economic activity, shared value creation, inclusive ownership of productive assets, efficient use of resources and the promotion of international trade and global connectivity.

She noted that investment and business opportunities would offer high returns in a stable location with equally high-growth prospects.

Gaza said the evolution of the Durban Aerotropolis would follow that of the already successful Dube TradePort SEZ, which already formed the fully-integrated core necessary for the continued development of an airport city.

Dube TradePort comprises the business and hospitality precinct known as Dube City; the industrial zone, known as the Dube TradeZone; the Dube AgriZone; and the Dube Cargo Terminal.

She pointed out that, in just nine years, the Dube TradePort Corporation’s record of business successes had resulted in private sector business investment worth an estimated R3.2-billion. More than 21 000 new employment opportunities have been facilitated.

Gaza said an investment pipeline, valued at around R8.5-billion, would create more jobs.

“Dube TradePort Corporation is also responsible for paving the way for the introduction of small-scale and emergent local enterprises. Almost 60% of the current investment pipeline involves businesses which qualify for the Black Industrialist Programme, a fast-track initiative introduced by the Department of Trade, Industry and Competition to empower eligible black-owned companies active in key economic sectors through access to both financial and nonfinancial support,” she added.