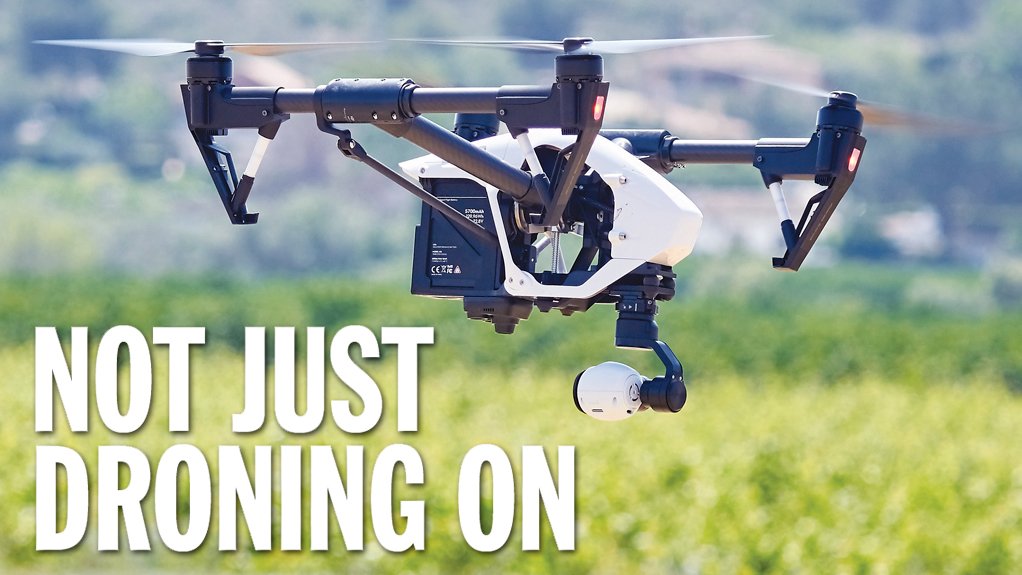 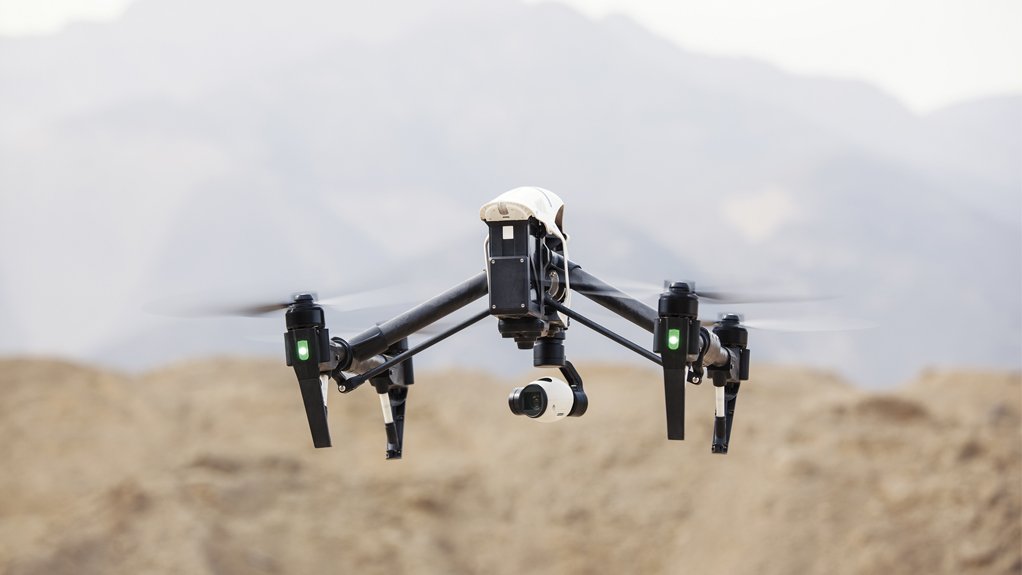 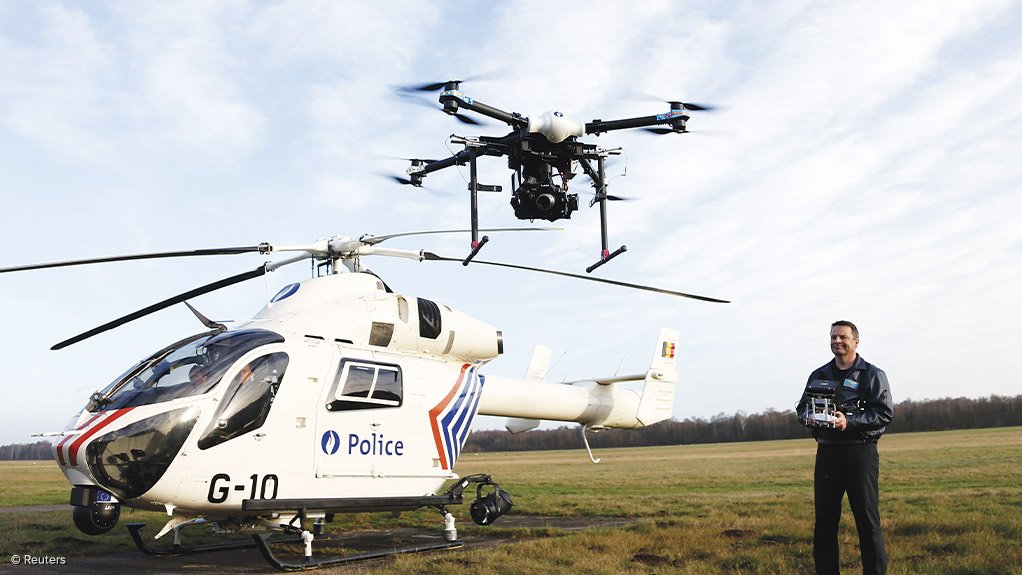 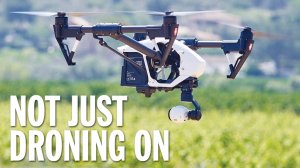 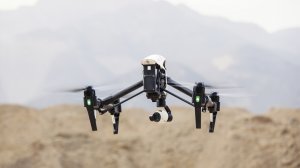 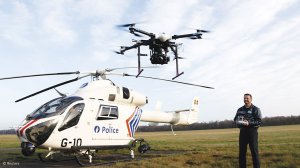 South Africa was one of the very first countries to introduce a broad set of rules and protocols for all users of RPAS – the Part 101 regulations. These regulations set out to formalise the industry for various users, as well as licensing and registration procedures for aircraft owners and pilots.

Although designed to cater for any user of RPAS, the regulations were developed to serve four broad categories of users – commercial (those who make money from using RPAS), corporate, nonprofit (those who use them for professional purposes such a search and rescue, and disaster management) and hobbyist and/or recreational operators.

When the Part 101 regulations were released, they were seen as a bold and decisive move to ensure safety, mitigate risk and create accountability in the rapidly expanding industry.

However, the RPAS industry has simultaneously been regarded as one of the quickest to develop new technology and applications in which the aircraft can be used.

It would, therefore, make sense that the regulations be adapted and amended to ensure RPAS operators have the legal ability to use their aircraft for unique and new applications, thereby enabling them to stay abreast of technological advances and not lag behind.

There has been noticeable radio silence from the SACAA in terms of communicating with the industry, and little in terms of adapting regulations since Part 101 was enacted. Besides internally changing the medical pilot requirements from a Class 4 to a more stringent Class 3 requirement (Class 3 is the same as that required by pilots of full-size manned aircraft), thereby making it more difficult to obtain pilots licences, not much else has changed over the past four years.

However, RPAS industry federation, South Africa Federation of Unmanned Aviation (Safu) chairperson Sam Twala tells Engineering News & Mining Weekly there was a “unexpected invitation” from the SACAA requesting a meeting between them and another industry representative organisation the Commercial Unmanned Aircraft Association of South Africa (Cuaasa) in September 2019.

Both Cuaasa and Safu have commended the SACAA for opening channels of communication among the three parties.

Cuaasa president Sean Reitz tells Engineering News & Mining Weekly there is “quite a lot happening and there have been some really positive developments in the past few months”.

The association has been working closely with the SACAA and other stakeholders, he adds.

Cuaasa has been actively engaging the regulator, says Reitz, adding that, at this point, he believes “huge progress” has been made. “In January, I counted 64 issued remote operator certificates and I am led to believe there are several more in various approval stages.”

In addition, he points out that the organisation met with SACAA in early February and reflected on 2019. “The general consensus between industry and the regulator was that much was achieved in 2019 and that 2020 will build on these developments. The most significant development is the change in the RPAS Letter of Approval process, which now promises approval timelines in days, not months.”

He highlights that 2016 to 2018 were turbulent years, with “lots of friction” between the industry and the regulator. However, 2019 marked a change, with the economic cluster of government being mobilised and, along with the prospect of the Fourth Industrial Revolution, recognising RPAS as a key driver of economic growth. More importantly, there is opportunity for youth development, adds Reitz.

“We are seeing lots of young people of all genders coming into the industry through grants, corporate social investment projects and general opportunity.

“I am convinced that 2020 will be . . . a very positive year for the sector in terms of growth. I am optimistic about the possibilities in this decade – 2020 marks a significant time in the South African drone story,” he enthuses.

In this regard, there are a few plans in the pipeline, with one major update – a streamlined registration process for RPAS similar to that for full-size aircraft – already introduced in January.

The SACAA has also created a database of off-the-shelf RPAS original equipment manufacturer (OEM) products that have been registered with the SACAA. This list was consolidated and is now available to any future RPAS operator who wants to register their aircraft.

In the past, a lengthy and difficult-to-understand document had to be filled out for every aircraft application, regardless of whether the SACAA had previously registered the exact same type of aircraft, thereby creating a burden for SACAA clerks, as well as RPAS operators.

Now, however, an RPAS operator who wants to register an OEM aircraft can simply look it up on the list provided by the SACAA, consequently accelerating the registration process for SACAA clerks and RPAS operators.

“This prevents every applicant from having to repeat the same process and enables the SACAA to dedicate appropriate resources to the task only once, and not repeatedly,” says Reitz.

This is a “major breakthrough”, as it was “a point of major concern last year”, and will improve the timelines when adding additional aircraft to existing remote operator certificate operations specifications.

Reitz and Twala agree that one of the SACAA’s greatest tasks in adapting the new regulations will be risk mitigation, especially for operators who do not necessarily regard their RPAS as actual aircraft, but rather as business tools.

Reitz says there are some operators, especially potential operators, who regard RPAS as more of a business tool or add-on, instead of aircraft that require the associated responsibility and accountability.

“This leads to the process being seen as a ‘box-ticking’ exercise and causes frustration at the SACAA level. If it were not for the fact that a drone is defined as an aircraft, one could argue that smaller units are merely Internet-of-Things devices,” he says, adding that this argument does not generate any favour at the SACAA.

However, Reitz notes that the registration of all drones is required by law and this could go a long way towards creating accountability and traceability. “This will allow for effective communication, education and if required, enforcement.”

He says single-person operations should be an important focus, particularly when an RPAS operator wants to use the aircraft for commercial gain on a small scale. In these cases, the costly remote operator certificate process cannot be justified.

“Our last meeting with the SACAA had this as an agenda item and we are comfortable that progress will be made,” Reitz comments.

One of the key challenges faced by the SACAA was the integration of various types of RPAS into its airspace.

Part 101 regulations stipulate that all RPAS (besides those operators who meet special requirements) need to be operated in clear conditions; within a visual line-of-sight; at a height not exceeding 120 m; at least 50 m away from any person, building or road; and not farther than 500 m from the pilot.

RPAS are also prohibited from being flown within a 10 km radius of any airport, aerodrome, airstrip or helipad.

Manned full-size aircraft predominantly use transponders, which communicate through radar, to relay aircraft information such as registration number, location, elevation and heading between themselves, and ATNS and ATC. The size of transponders has decreased significantly over the years and even models light enough to fit an RPAS are available, helping with in airspace integration, adds Twala.

However, he notes that transponders might not be the best solution, and that better and smaller technologies are being developed and also tested elsewhere in the world.

For example, Germany is trialling RPAS identification technologies using cellular wireless infrastructure. In this regard, RPAS could be fitted with a small device such as a Sim card and piggyback on cell towers to relay information, instead of radar and repeaters throughout the country, he explains.

This technology, Twala says, could easily be adopted by most RPAS operators, as the infrastructure is pre-existing and covers a vast majority of the country, thereby mitigating large investment in new air traffic management infrastructure.

Meanwhile, Twala says Safu has progressed with its strategic plan since launching it in 2019 and is set to grow even more this year.

“A major focus of Safu in 2020 is further cementing a working relationship with the SACAA, as well as Cuaasa, to work closer together in developing regulations that are ‘future proof’ and can accommodate new technological advances as and when they happen.”

Engineering News & Mining Weekly reached out to the SACAA for comment on its near-term plans for amending Part 101, but is still awaiting feedback.