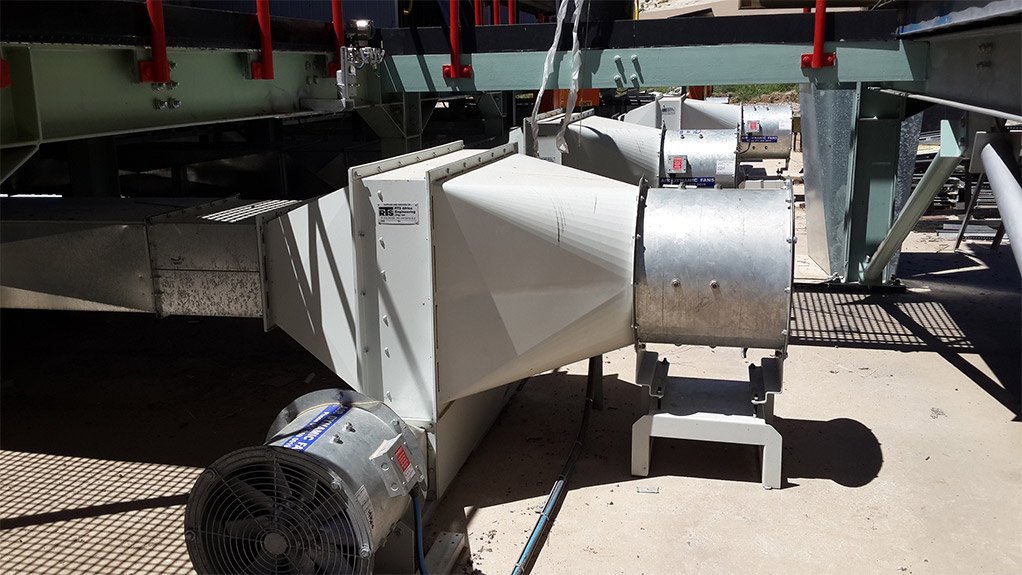 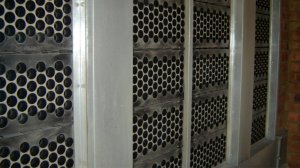 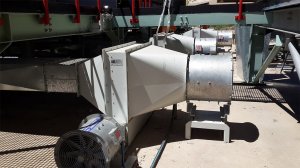 Air compressors used in industry are, for the most part, well-proven, reliable pieces of equipment, able to operate for years with relatively little maintenance. But their very reliability can lead to problems when the quality of their intake air is neglected.

“If you get dust into the cylinders of a compressor, it combines with the oil to form a highly corrosive grinding paste, which will accelerate wear dramatically,” he adds.

All compressors have their own air intake filters, which are, in the main, designed to filter out tiny low-mass particles. However, if a compressor is exposed to excessive dust from manufacturing or mining where the particles are larger than three microns (μm), the compressor’s air filters block up rapidly.

In this circumstance, one of two things will happen: either, the compressor owner has to spend a lot of money more frequently changing proprietary air filters; or the other potential consequence is that of neglect.

“With a blocked air filter, the compressor is increasingly starved of air and its efficiency levels drop. Ultimately, this leads to compressor failure. With large industrial compressors costing anything upwards of half a million rand, an unscheduled - and urgent - capital requirement for a replacement and the cost of lost production time can have serious consequences for a company,” Fraser says.
RTS Africa spin filters will remove 98% of 15 μm particles and above, 93% of 10 μm particles, and 80% of 5 μm particles.

The spin filter is not designed to remove particles of 3 microns or less. However, by using an RTS Africa inertial spin filter to remove most of coarser particles from the air entering a compressor room, the compressor’s own filters will need to be replaced far less often.

Companies purchasing spin filters need to be aware that there are certain manufacturers which claim to be able to remove particles in the 3 micron or less range. However, Fraser explains that particles of this size no longer ‘behave’ like particles but rather like molecules - at which point they no longer respond to inertial forces.

“A spin filter consists of a cyclone-shaped tube, through which air is propelled or drawn. On entering the tube, the air is induced to spin using vanes. Particles in the tube move to the outside of the vortex, and the clean air in the vortex centre exits through a central orifice at the end of the tube. A secondary stream of air is used to evacuate the dust-laden air back to where it came from,” he advises.

It is a very simple concept, which it makes it a very attractive proposition in terms of maintenance.
“A spin filter will run for years with absolutely no maintenance as electric motors – the only moving part in the spin filter – require infrequent attention,” he continues.

This means that even if compressors need to operate 24/7, RTS Africa spin filters will be easily equal to the task.

In an alternative application, spin filters can be very useful in the direct ventilation of variable speed drives (VSDs). These are used on many compressors and need to be consistently and continuously cooled.

“The use of a spin filter is a truly effective means of feeding clean air at ambient temperatures to VSDs within a compressor room environment,” he adds.

RTS Africa Engineering has developed a technique it calls ‘back-channel cooling’ of VSDs. In the past, to cool compressor VSDs, the entire compressor room would be air-conditioned at considerable installation and running cost. “As VSDs will run efficiently at temperatures of 40 to 50˚C, expensive air conditioning is not needed,” Fraser emphasises, adding that all one has to do is to channel clean air at ambient temperatures through the VSDs.

The air from a spin filter can be used to fill the entire compressor room with clean, dust-free air. “We have supplied many systems where we have pressurised the entire room and the VSDs will then draw on this air,” says Fraser.

As an alternative, if air needs to be channelled to specific VSDs, air from spin filters is directed along a plenum at the back of the compressors, from where it is drawn by fans into the various VSDs. The air is supplied at about 100 Pascals pressure, which is sufficient to maintain a slightly positive pressure. The air then passes through the VSDs and is vented out to the exterior of the VSD room.
“Often compressors, once installed, are forgotten about until they give trouble,” he continues.

“Compressors – unlike spin filters – do need maintenance at regular intervals as they have moving metal parts, which do wear over time. Spin filters will greatly extend the time between both filter replacements and overhauls; and, importantly, will help prevent unscheduled failures,” he concludes.