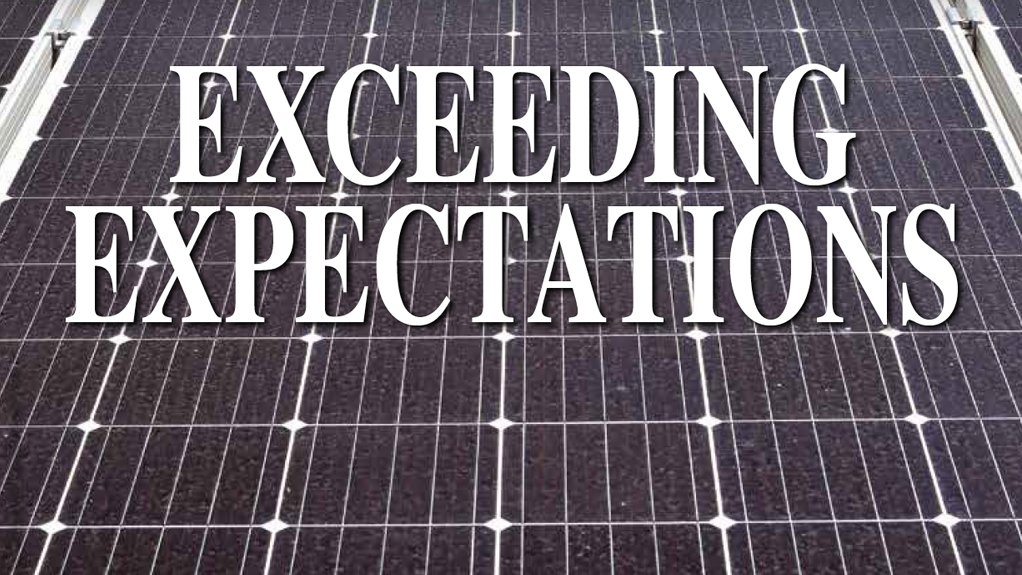 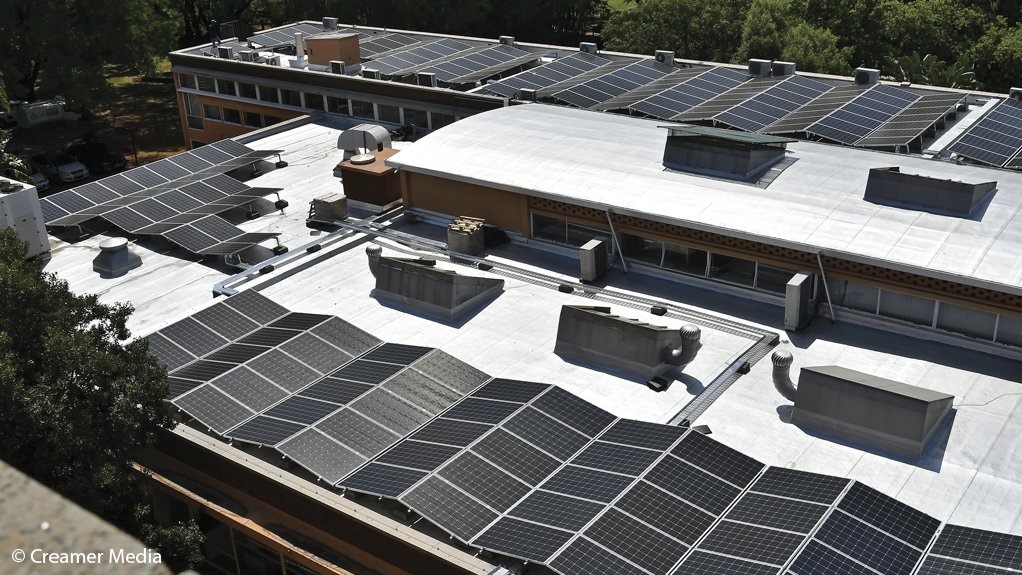 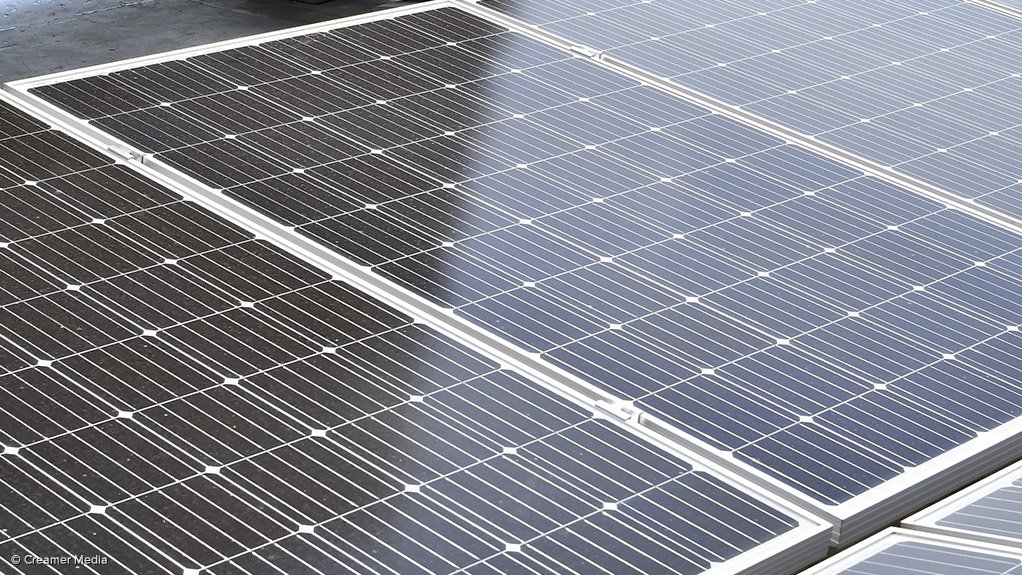 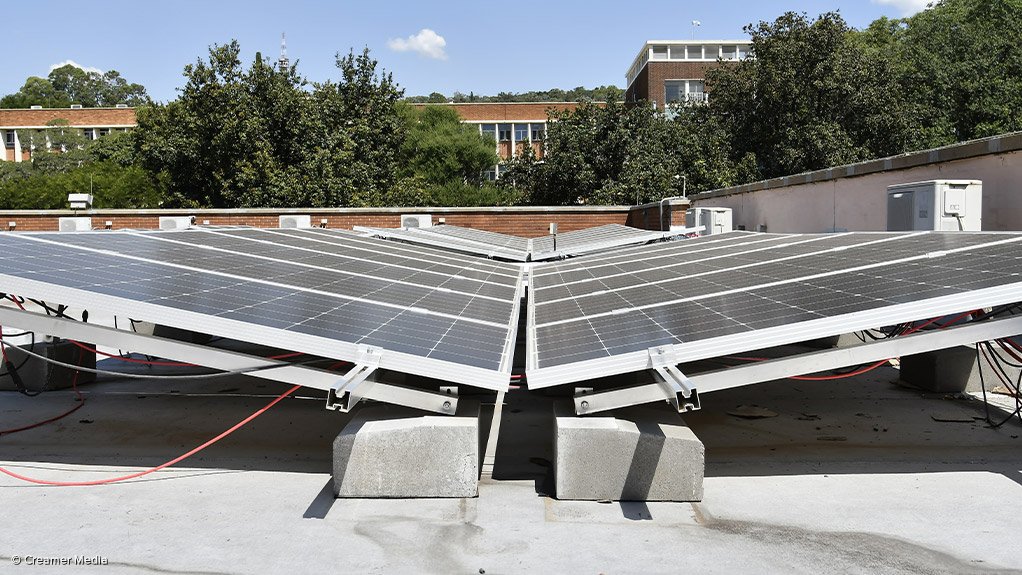 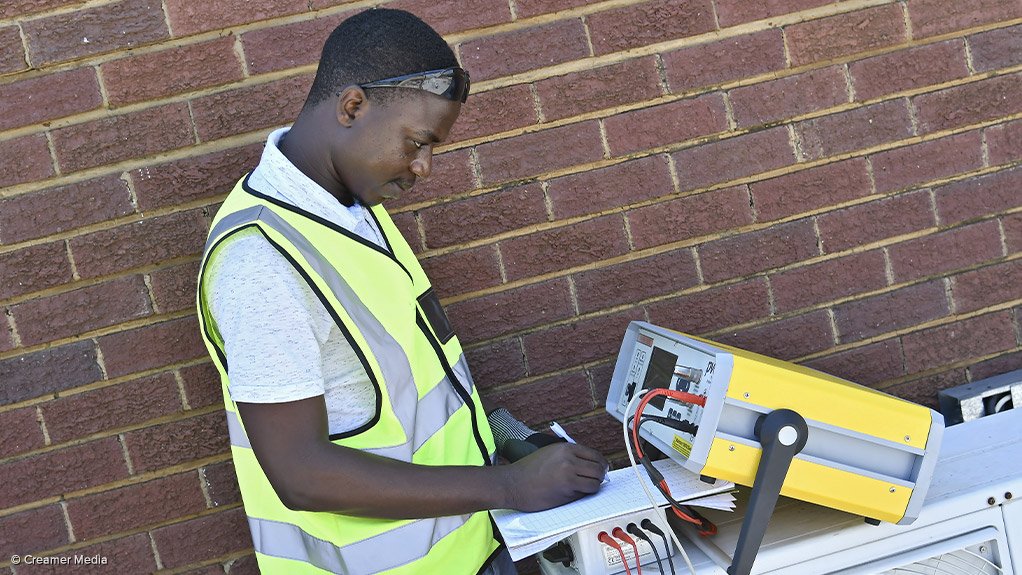 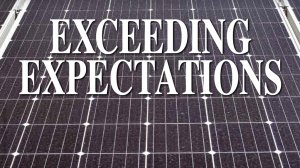 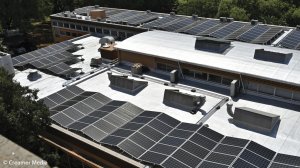 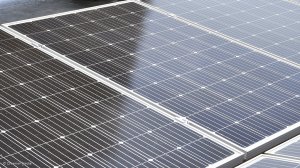 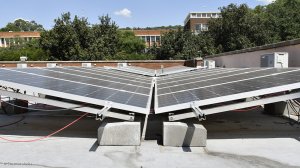 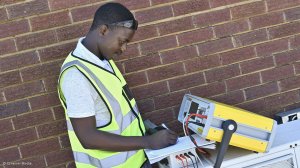 Photo by Creamer Media's Dylan Slater
ENTICING With their long life-span, solar photovoltaic panels can easily pay themselves off in a couple of years, thereby resulting in cheaper electricity over the long term
MEGAWATT THRESHOLD The CSIR Energy Autonomous Campus has incrementally introduced a number of separate rooftop plants of about 911 kW to circumvent regulations imposed should they exceed 1 MW
ROOFTOP SUCCESSThe CSIR Energy Autonomous Campus introduced a single installation of rooftop solar panels in 2017, thus far proving to be greatly successful

The CSIR started research and development into appropriate and efficient low-carbon and renewable-energy solutions for South Africa in 2015 with the establishment of the CSIR Energy Centre.

As a division of the Energy Centre, the council also established the CSIR Energy Autonomous Campus (EAC) to establish a least-cost approach to renewable and low-carbon electricity generation suitable for South African conditions.

During the planning stage of the EAC, the project leaders considered solar PV plants, a large wind turbine and a biogas plant as the main sources of energy generation. At that time, and even more so currently – owing to ever-decreasing solar PV module prices – the solar PV option was the cheapest and quickest to order, install and commission.

EAC programme manager Sengiphile Simelane says commissioning the rooftop solar PV plant on the first roof was the best solution, as it has saved the CSIR a lot of money as it had to buy less electricity from the City of Tshwane.

Solar PV Phase 0 entailed the roll-out of about 1 MW of solar PV in 2017 while starting feasibility studies on a wind turbine and a biogas plant, as these would have longer lead times, in terms of both feasibility studies and environmental impact assessments (EIAs) and ordering the components. Solar PV Phase 0 comprised 1 011 kW of solar PV plants spread across one rooftop and two separate grass fields on the campus.

Owing to the success of Solar PV Phase 0, the EAC decided to plan Solar PV Phase 1, which would comprise an additional 911 kW of solar PV rooftop modules. With the first rooftop plant already built and commissioned, the EAC was able to fast-track its second iteration of the plant and Solar PV Phase 1 was fully operational by the end of March.

To gather more in-depth data on rooftop solar PV, the EAC decided to change some of the angles of the modules; and although the modules will be primarily north facing, some will be east facing, and some west facing in a head-to-head or toe-to-toe layout to determine any differences in yield.

The purpose of putting an east or west slant on the solar panels will also serve to determine which layout works best to provide peak yield from 12:00 to 15:00 – the period of typical peak electricity demand for the CSIR campus.

Simelane says there is a key reason why only 911 kW was added to the campus microgrid, with Phase 0 having paved the way in terms of regulations put in place by the National Energy Regulator of South Africa (Nersa).

EAC representatives held discussions with Nersa about regulating and licensing power plants and, after explaining the layout of the plants, Nersa made an exception: the plants would not require licensing. “Nersa provided us with the determination that, instead of being classified as one big plant, the EAC comprises many small plants, all under the threshold of 1 MW.”

Going forward, solar PV will provide about 12% of overall campus energy demand for the CSIR.

“We are also already planning solar PV Phase 2 in 2020, with an additional 911 kW rooftop installation.”

Simelane adds that prices will probably have dropped further by then: “Solar PV Phase 1 cost R14.5-million, but we expect that, by the time we take on Phase 2, it will cost about R14.5-million for another 911 kW of modules, as well as a storage solution.”

Feasibility studies into a wind turbine and a biogas plant point to neither option being especially viable.

In terms of the wind turbine, the EAC was historically considering one turbine with a capacity of between 2 MW and 3 MW. However, after gathering wind speed data over 12 months from two separate points on the campus – a cellphone tower and a hill – it was determined that prevailing wind speeds – about 5.7 m/s on average – narrowly missed the optimal wind speed of 6 m/s and higher required to efficiently operate a wind turbine.

However, Simelane says that most of the various departments of the Energy Centre are conducting research, and a department conducting wind research has voiced its willingness to pursue the possibility of a wind turbine purely for research purposes. “If the wind turbine is implemented, it will not be undertaken in terms of a least-cost approach – it will be purely for scientific and data-gathering purposes,” he adds.

In terms of the biogas plant, “some progress has been made” in terms of the plant’s business case and the recent finalisation of the feasibility study, according to which a biogas plant of about 300 kW will be only marginally feasible.

However, Simelane adds that resistance from nearby communities has hindered any further progress, resulting in delays in finalising the EIA, which has been put on hold.

“The biogas plant takes the longest of all the projects in terms of implementation, because we have to conduct an EIA . . . part of which involves informing nearby communities about potential consequences of the plant, which, for example, might include a slightly detectable odour.”

The biogas plant business case hinges on three key processes, of which the EIA will take the longest. The assessment – expected to be completed by the end of this year – will determine whether a licence is eventually granted by the Department of the Environment, Forestry and Fisheries.

However, before the EIA is completed, the EAC needs to find an appropriate feedstock source, which is intended to be some form of waste. To determine such a source, the EAC has conducted a waste-feedstock analysis, the report of which has been finalised.

A critical component in finding a suitable feedstock is the off-site sorting of waste, as the CSIR does not want waste sorting to take place on the campus, as it would help minimise health and odour concerns.

“A few potential suppliers were identified in the report,” he says, adding that preference was afforded to waste facilities owned and/or operated by the Tshwane municipality. “But these could not offer sorting services.” However, a couple of suppliers of food waste have been found in the Olifantsfontein area.

Further, the feasibility of the project is also crucial and the EAC is consulting with biogas specialists in this regard, “because we see this as an important project”, says Simelane.

The ultimate undertaking of the biogas project “is a good thing to do” because it paves the way for a greener power industry in South Africa and can provide highly insightful data, he says.

“In some countries, such as Italy, there are biogas plants in residential areas. The problem is that this technology is new in South Africa and there is a lot of ignorance around what is involved in a biogas plant,” says Simelane, adding that there will no doubt be a smell, “but it will not be as bad as people think”.

To further improve the viability of the project, the EAC is also investigating a retail channel to sell excess gas.

“I am positive the plant will go ahead, but we will probably have to reduce the size of the plant in terms of installed capacity because of funding, as a biogas plant is more costly, compared with other electricity generation plants,” he points out.

Although it will be more expensive to produce electricity using the biogas plant, Simelane says it will still be on an even keel, compared with the municipal price of electricity from the Tshwane grid.

Meanwhile, the EAC has been “making waves” locally across many sectors, he says.

“We have had quite a few similar-sized organisations [to the CSIR] . . . asking us how they can replicate what we are doing through the EAC. We have worked with the Gautrain Management Agency on feasibility studies to implement something similar.”

He adds that, inadvertently, the Development Bank of Southern Africa (DBSA) has also expressed interest in working with the CSIR to help obtain funding for a partnership in which the EAC will help it to develop its own energy-autonomous campus at the DBSA’s Midrand headquarters.

Other major organisations have expressed interest in the EAC, including Mintek, Sasol and Transnet.

The EAC is also considering the use of surplus electricity, primarily available on weekends when campus demand is low, to produce hydrogen. This hydrogen can later be used in a reactor to produce synthetic fuels, such as methanol, which can be used in vehicles.

The EAC plans to cap its own energy production once it reaches the 6 MW installed capacity threshold, as peak demand is only 7 MW. This will translate into very little municipal consumption, but has also opened discussions into potentially selling surplus generation to the City of Tshwane.

Typically, surplus generation takes place on weekends, when demand is very low and excess energy goes to waste. However, the municipality is only willing to buy electricity at a wheeling fee of 10c/kWh, which is unfeasible and will result in very little revenue for the CSIR.

Simelane concludes that the EAC is in discussion with the City of Tshwane to reconsider its wheeling fee for a more appropriate figure, in line with current prices of municipal electricity.