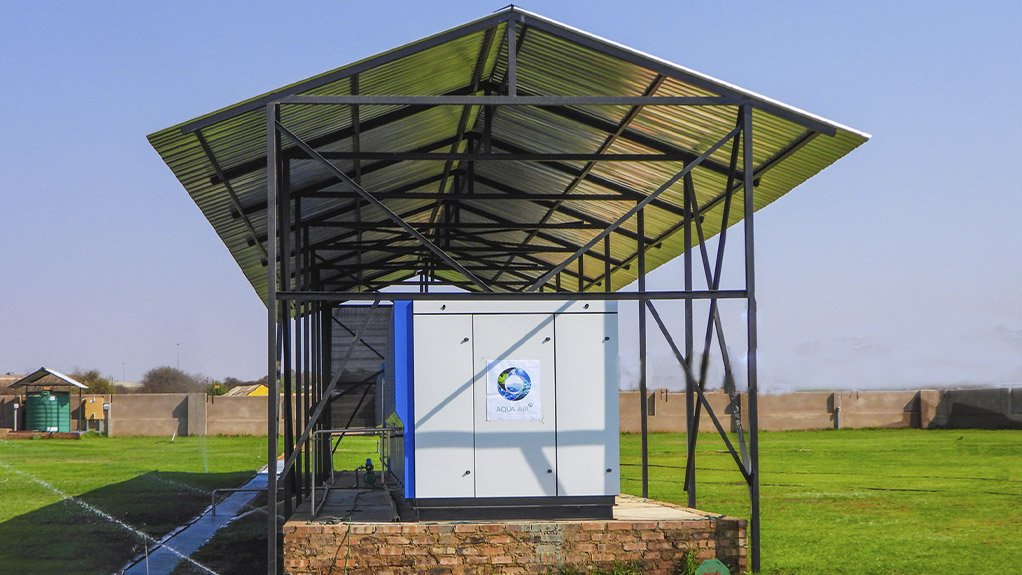 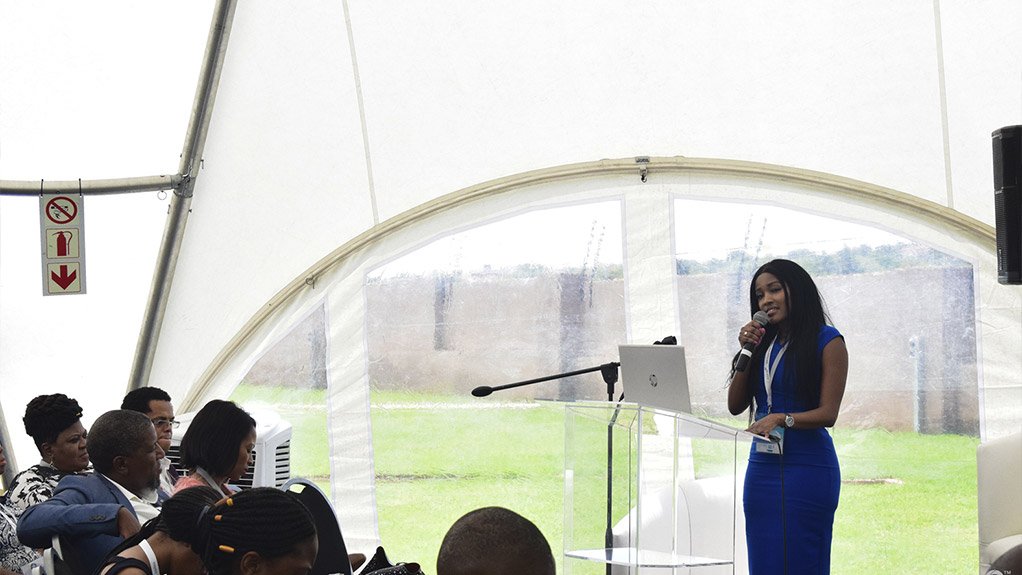 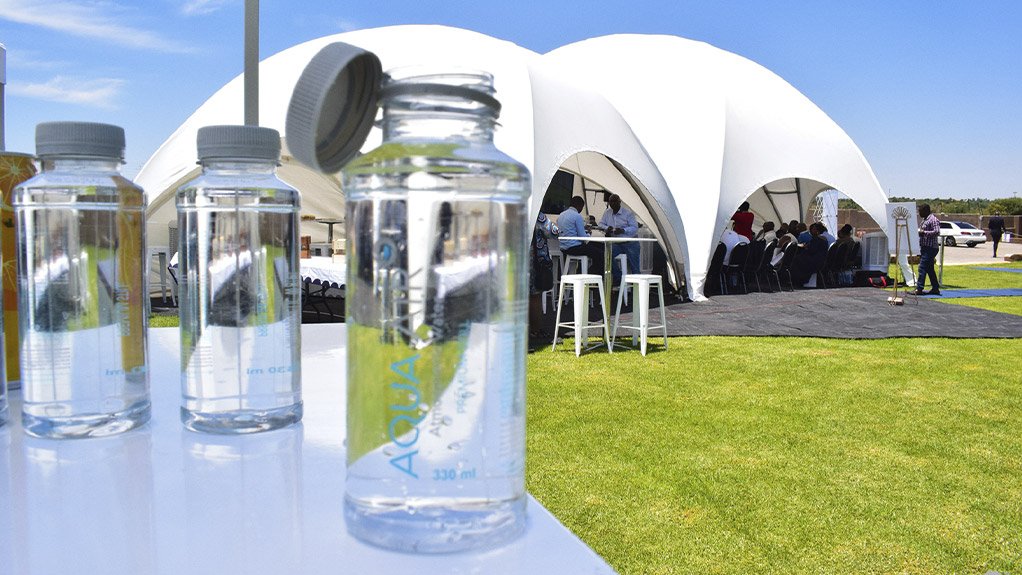 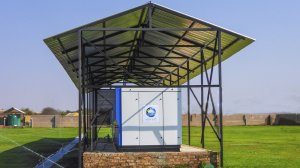 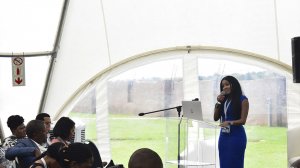 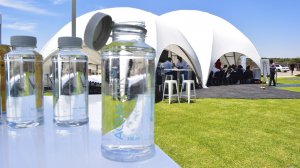 FIRST-OF-ITS-KIND The construction of the atmospheric water geberating plant began in 2018 with a team of committed engineers and local small, medium-sized and microenterprises
KEAMOGETSWE MATSHO Aqua Air Africa's main challenge to date has been a lack of knowledge, as the water-generating industry and the technology associated with it are still new
ALL NATURAL No chemical treatment is applied during the treatment process of Aqua Air Africa’s atmospheric generated water

The company is a subsidiary of 100% black-owned investment company Moipone Group Investments.

The construction of the plant began in 2018 with a team of committed engineers and local small, medium-sized and microenterprises (SMMEs) led by AAA CEO Keamogetswe Matsho.

She advances that the successful commissioning of the plant has been the company’s biggest highlight since it began operating in 2018.

The plant produces about 10 000 ∙/d of water from the air, which is then bottled for consumption. AAA’s vision is to provide access to safe drinking water for all communities.

“Through this project, we were able to employ about 20 local community members, empower 38 SMMEs and impact over 100 lives in Ga-Rankuwa. The launch of this plant is significant because, while the atmospheric water generation industry is still a novelty and a relatively small market, South Africa leads from the front with regard to this technology in Africa, with the potential of reaching other African countries,” she tells Engineering News.

In alignment with the Fourth Industrial Revolution, the atmospheric water-generating plant will be digitalised though the commissioned digital platform interface for the generation plant.

“The droplet formation on the condenser is influenced by the properties of the surface-cover material, such as surface roughness and chemical heterogeneities,” Matsho explains.

AAA was founded following extensive research on possible solutions to combat the ongoing water shortage crisis in the country, with the aim of providing safe drinking water.

Each purification step is designed to ensure that all natural minerals are retained and that there are no added toxins. AAA aims to provide the same technology for local communities, disaster and drought-stricken areas, as well as areas with limited access to safe drinking water.

This will enable local communities to generate safe drinking water without any transport costs, the company says.

Matsho says the main challenge for the company to date has been a lack of knowledge, as the water-generating industry and the technology associated with it are still new.

“We encounter scepticism on whether we are able to deliver on our value proposition. Officially launching the plant became very important in demystifying the technology and the perceptions around its being a viable bulk potable water supply solution.”

Since the source of the atmospheric water is ordinarily clean, the water quality is adequate for drinking, and other domestic and agricultural use, she says.

No chemical treatment is applied during the treatment process of AAA’s atmospheric generated water; “therefore, a multitude of disinfection by-products, such as trihalomethanes and bromodichloromethane, which form during chlorination disinfection, are not formed during the production of treated potable water,” Matsho tells Engineering News.

Further, with South Africa being a semi-arid and water-scarce country, it often leaves citizens with the financial burden of having to pay for access to clean and safe drinking water from local third parties.

As such, Matsho highlights that water use and natural resources require improved management through better resource literacy.

She stresses that citizens and the private sector need to collaborate and start seeking innovative ways of assisting government in reaching its goal of having established water security by 2030.

“As a country, we need to ensure that our natural resources are protected against pollution and revisit – with the aim of improving – our existing maintenance strategies. South Africa should be open to other existing sustainable methods, such as atmospheric water generators, to meet water demand.”

Areas, such as Hammanskraal, in Gauteng, and Cape Town, in the Western Cape, have been the crisis areas in South Africa, she notes, adding that AAA’s modular municipal and industrial solutions can cater to large-scale water needs.

These units can be connected to pre-existing municipal distribution lines to feed communities, which is a plausible solution that eliminates water shortages.

“We are looking at expanding into two other provinces this year and, most importantly, we are challenging ourselves to gradually upscale the plant to produce a million litres a day in the next five years,” Matsho concludes.