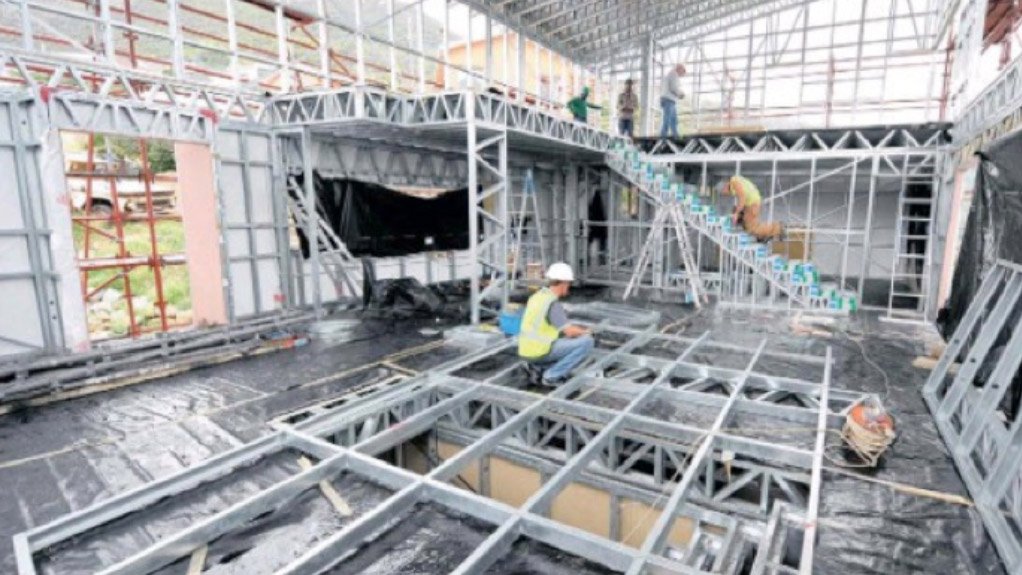 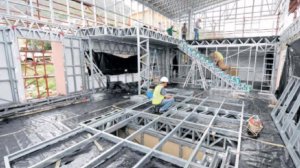 Light-steel-frame building (LSFB) specialist the Silverline Group has constructed one of the few LSFB homes in the country for a Hout Bay resident in the Western Cape.

Home-owner Dieter Losskarn says he was inspired by a similar building on a smaller plot in the area.

“I was driving past the International School of Hout Bay when I noticed some empty land and didn’t think much of it. When I drove past there again, two weeks later, I saw a building near completion, which sparked my interest,” he explains.

Construction of the 340 m2 triple-storey house started in February and is due to be completed at the end of this month. The house is nestled between indigenous vegetation, with a view of Chapman’s Peak and Hout Bay.

Losskarn adds that not only is the house ecofriendly – with the construction of the house producing no waste and the house having an 80% smaller carbon footprint than a conventional building – but he could also start using his house earlier than he would have had brick and mortar been used.

In addition, if Losskarn wanted to relocate from Hout Bay, he would be able to take his entire house with him, as the building material is reusable.

He adds that, since 2011, the company has built about 30 structures in Cape Town.

“With the LSF panels protruding from the roof, the house has the feel of a well-insulated area – which is warm when needed and cool when required – which was precisely Losskarn’s aim. “Without spending too much money on decor, Losskarn has made ‘industrial warehouse’ the theme of his property,” Van Zyl explains.

The house is complete with a four-car garage and two balconies overlooking the bay. To make the house even more environment-friendly, Losskarn says, he will use solar heating and recycle rainwater to water the plants in his garden.