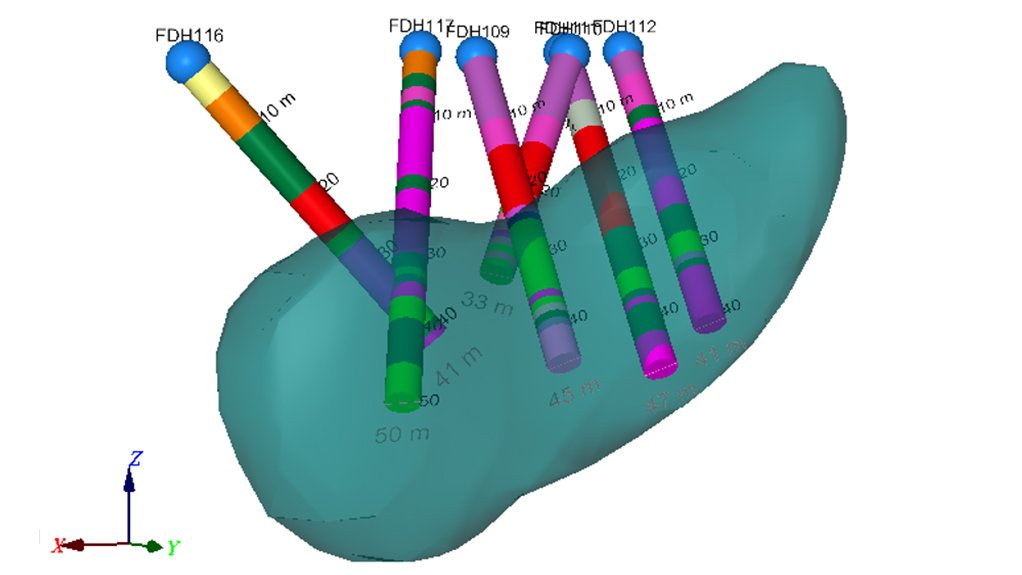 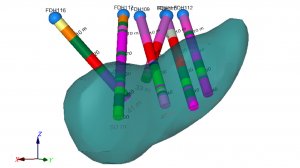 “This is our first three-dimensional model of the kimberlite on Thorny River and thus represents an important step in the commercialisation of the project.

"The discovery of a second anomaly to the east of pipe following this detailed analytical work could be an extension of the pipe and will be drilled in the New Year,” chairperson John Teeling comments.

The 3D model was drawn up following a high-resolution ground gravity survey conducted during October, which detected an enlarged anomaly along the known kimberlite fissure. The anomaly was subsequently followed up by reverse circulation (RC) drilling and confirmed as a kimberlite pipe.

Data from the RC holes was reconciled with the ground gravity data to build the 3D model of the kimberlite pipe. The best fit model showed an East – West trending body gently dipping to the east with a surface expression of 80 m x 40 m.

Petrographic studies will be used to confirm the kimberlite types.