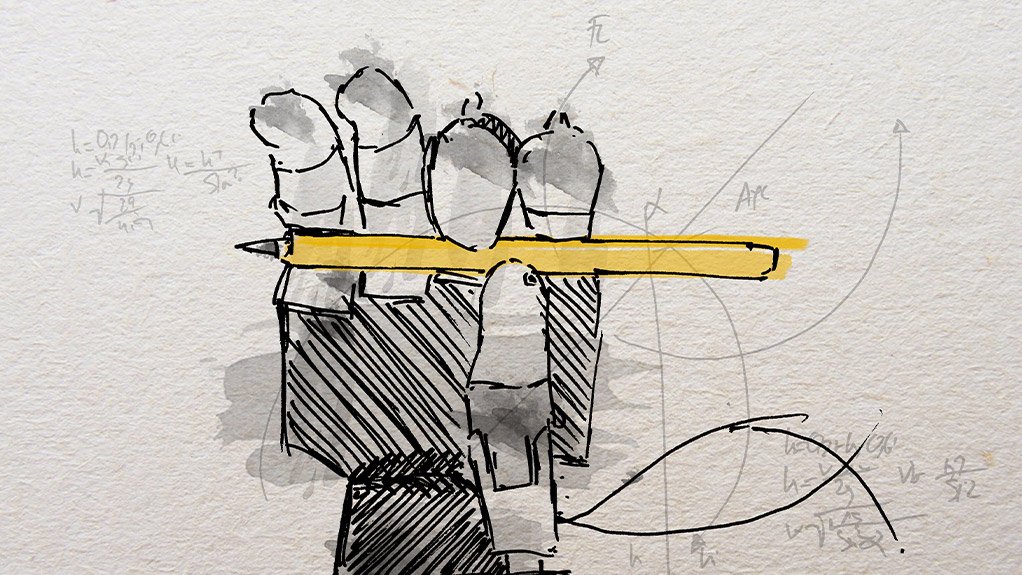 Wits University postgraduates recently made mobility more accessible to the 1 million amputees in South Africa with a lightweight 3D-printed hand that costs just US$78 – down from the US$ 100 000 cost of similar prosthetics.

Biomedical engineers at Wits have developed a system that allows a robotic prosthetic hand to be controlled with brainwaves. The impact of this Brain Computer Interface (BCI) is immense, offering amputees and people with motor impairments the chance to regain some hand mobility.

A prosthetic hand currently costs around US$ 100 000, an investment out of reach for most South Africans. This research will use 3D-prlntlng to create a prosthetic hand for US$ 78, thereby increasing access to such healthcare for many.

"In South Africa, stroke victims may benefit significantly from this technology,” says Abdul-Khaallq Mohamed, Lecturer and PhD candidate in the Wits School of Electrical and Information Engineering. "Stroke afflicts an estimated 132 000 South Africans per year.”

Mohamed coordinates a research group of six students studying different methods of control for robotic hands. Most BCI experiments to date have centered on basic hand movements such as finger taps, button presses or simple finger grasps, but he envisages a BCI capable of controlling a robotic prosthetic hand that will enable people with motor dlsabilities to write, hold a glass or shake hands.

BCls can use electroencephalograms (EEGs) brainwaves to interpret human intentions from electrlcal signals in the brain and use these to control an external device such as a prosthetic hand, computer, or speech synthesizer.

The prosthetic robotic hand relies on EEGs extracted via electrodes on the skull or electromyography (EMG) obtained from electrodes recording muscle signals, for information. A BCI will interpret these signals and translate them to instruct the movements of the artificial hand.

Other life-changing research within biotech and engineering is being done at the globally ranked university, which has over 97% of its graduates employed within six months of graduation. These advances include development of eye-gaze devices, an assistive tech that has the potential to empower people with disabilities by improving their independence at home, such as postgraduate projects led by Wits biomedical engineer Adam Pantanowitz.

THE BRAIN AS A NETWORK DEVICE

Pantanowitz discovered he had a neuromuscular condition as a teenager and since then, the Lecturer in the School of Electrical and Information Engineering has researched the potential of technology to empower people with disabilities. In particular, he has explored the untapped potential of the brain through BCI’s.

In February 2019, in an experiment believed to be a world first, Pantanowitz and colleagues incorporated the human brain into a computer network. Dubbed ‘BrainConnect’, the proof-of-concept innovation saw the researchers connect two computers through the human brain and successfully transmit words like ‘hello’ and ‘apple’, passively, without the user being aware that a message was present.

“We don’t know of anywhere else where the brain has been used to connect two disconnected computers, so this presents an interesting theoretical system, with a human literally being ‘in the loop’,” says Pantanowitz, co-author of the paper with Wits alumni Rushil Daya and Michael Dukes, which is under review for publication in the journal Communications in Information Systems.

It works by attaching a device to a person’s head, which links the two computers. The person passively stares at a flashing light whilst a word, for example, ‘apple’, is encoded in the light signal. The flashing light stimulates the visual cortex in the brain and an electroencephalogram [EEG) – a measurement that detects electrical activity in the brain - wirelessly transmits information to a second computer, which decodes the signals to appear on the second computer.

“You can think of it like Morse Code via light signals,” says Pantanowitz. BrainConnect can decipher up to 17 symbols at a rate of four seconds per symbol. The more relaxed the person is, the greater the possibility of invoking a response through this ‘steady state visually evoked potential’.

Although BrainConnect is fledgling research, Pantanowitz says this BCI may have applications in eye-gaze devices, which allow for the control of the environment by detecting where gaze is focused.

In a similar project, Wits students Kimoon Kim and Chelsey Chewins worked with Pantanowitz to create an eye-tracking system to interface more naturally with a computer. This project enables a PC user to control their computer using a mouse controlled with the eyes.

Pantanowitz cites futurists who predict greater human-tech integration by 2030. The Fourth Industrial Revolution (4IR) is a feature of 21st Century society – human beings are now deeply connected to tech through smartphones and other close-contact devices. Research in South Africa and Africa, similar to this engineering innovation at Wits University, has the potential to advance 4IR.

“Africa’s challenges need unique solutions. The brain research is being conducted under what’s known as a ‘frugal innovation’, where low-cost equipment and innovative approaches keep costs down,” concludes Pantanowitz.

Join one of the leading teams of researchers at Wits University and position yourself at the top of engineering and biotech fields. For more information about the world-changing work being done by Witsies, go to www.wits.ac.za/future/ and www.wits.ac.za/news/latest-news/research-news/.