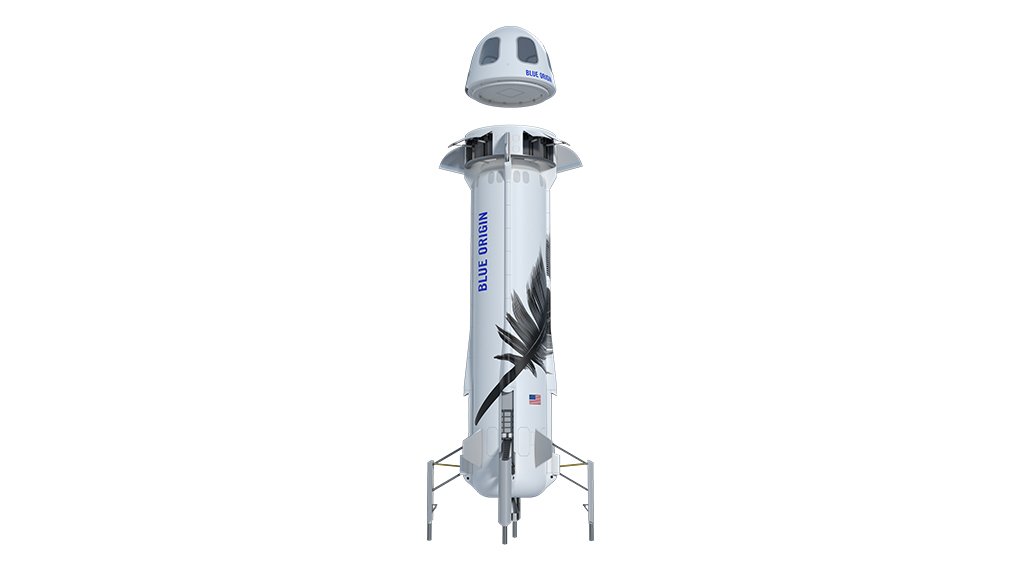 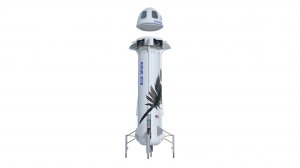 US crewed suborbital space launch company Blue Origin successfully conducted its first crewed spaceflight on Tuesday. The New Shepard vehicle lifted off from the company’s Launch Site One, located in the west of the US state of Texas, at 09h12, US Eastern Time, carrying four passengers, and landed fractionally more than ten minutes later, also in West Texas.

The name New Shepard covers both the launch rocket and the passenger-carrying space capsule, both of which are reusable. During this flight, the capsule, which was named RSS First Step, reached an altitude of 107 km. (The meaning of the prefix RSS is unclear.) While the launch booster made a powered vertical landing, the capsule parachuted back to Earth.

“[Tuesday] was a monumental day for Blue Origin and human spaceflight,” affirmed company CEO Bob Smith. “I am so incredibly proud of Team Blue, their professionalism, and expertise in executing [Tuesday]’s flight. This was a big step forward for us and is only the beginning.”

The New Shepard is named in honour of the first American in space, Alan Shepard, who made a suborbital flight in 1961 in the Mercury space capsule he named Freedom 7, and in 1971 commanded the Apollo 14 Moon mission. The New Shepard space capsule is entirely autonomous and carries no pilot, just passengers.

Unlike Virgin Galactic, which on its first fully-crewed suborbital space flight carried only company personnel, Blue Origin carried a paying customer on its first crewed flight. He was 18-year-old Oliver Daemen, from the Netherlands, who also became the youngest person ever to fly in space. Two more passengers were Blue Origin founder and funder Jeff Bezos (the billionaire founder of online shopping giant Amazon) and his brother Mark, who became the first siblings ever to fly in space together. Last but far from least was Mary Wallace “Wally” Funk, who, at 82, became the oldest person to fly in space. In 1961 Funk, already a skilled pilot, was one of a group of American women who underwent full astronaut training, but were never allowed to fly in space because they were women.

Blue Origin justified sending people who were not company personnel on this first crewed flight on the grounds that the reliability of the rocket and capsule had been established in a series of uncrewed test flights. The company intended undertaking two more crewed flights this year, with “many more” next year.