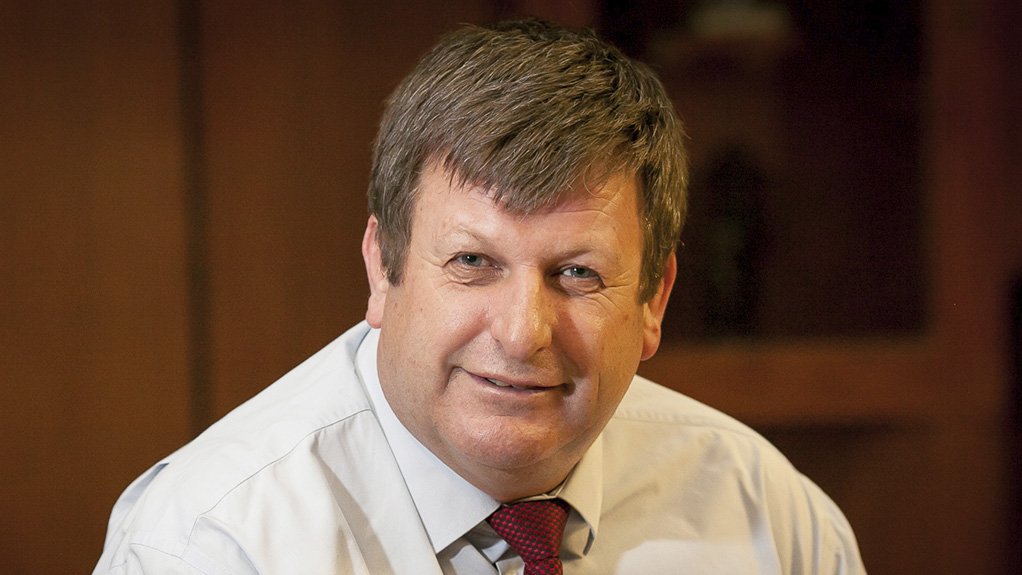 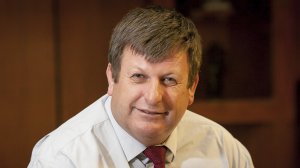 JOHANNESBURG (miningweekly.com) – Gold mining company Harmony Gold has delivered another strong set of operational results year-on-year on the back of the integration of AngloGold Ashanti assets into its portfolio and a stronger rand per kilogram gold price.

The combination of a higher gold price received and improved earnings before interest, taxes, depreciation and amortisation (Ebitda) margin has resulted in strong cash generation and further strengthening of the company's balance sheet in the three months to March 31.

Harmony, headed by CEO Peter Steenkamp, stated in a JSE announcement that growing the company's ounces and margins in a safe and capital-responsible manner would guide each of its decisions as it continued to invest in both its people and its assets. Five of Harmony employees lost their lives in work-related incidents in the quarter.

In continuing to prioritise the safety of its employees, Harmony stated in a stock exchange announcement that it was continuously working to avoid any work-related injuries as it focused on a humanistic transformation at all its operations, through the development of an engaged and interdependent workforce with a proactive relationship to safety. Zero loss of life remained the company's non-negotiable objective.

Harmony's all-in sustaining cost (AISC) for the reporting period increased by almost 16% to $1 416/oz driven again by royalties on the back of an increase in the rand gold price, Covid-related costs and increased safety costs, which were further impacted by the increase in steel prices and the installation of safety steel netting at all of its mines to eliminate fall of ground. Target 1 experienced pillar failure and backfill dilution during the March quarter, which further weighed on the AISC for the reporting period.

As a result of the major repair work and fixed plant maintenance at Hidden Valley, production guidance has been adjusted to a maximum of 1.55-million ounces, which is down from the previous maximum 1.6-million ounces for the financial year to June 30. Underground grade guidance of 5.47 g/t to 5.64 g/t and overall cost guidance of R700 000/kg to R720 000/kg for the year remains.

Mining Weekly can report that Harmony’s pipeline of cash-enhancing projects is expected to boost cash flow margins and sustain its production, with the Wafi-Golpu project offering both commodity and geographic diversification and allowing it to build on its copper/gold base.

A strong focus on its environmental, social and governance (ESG) initiatives has resulted in Harmony being included in the Bloomberg Gender-Equality index for the third consecutive year. Moreover, the latest FTSE4Good ESG ratings revealed improved scores for Harmony, which said it remained committed to operating ethically and honestly while mining in a sustainable and impactful manner. A virtual ESG Investor Day is scheduled for June 22, where more ESG initiatives will be shared with the market.

At its Papua New Guinea operations, Hidden Valley was impacted by Covid-19 and geotechnical stability of the eastern wall of the stage 6 pit during the March quarter, which resulted in a decrease in the grade of the ore. Despite this, Hidden Valley still managed a 15% increase in average recovered grade to 1.41 g/t in Q3 FY21 from 1.23 g/t in Q2 FY21, which resulted in a 16% increase in quarter-on-quarter gold production to 43 436 oz.

Subsequent to Papua New Guinea's Director of Environment issuing the environment permit for the Wafi-Golpu project in December, the Morobe governor and the provincial government have commenced legal proceedings in the National Court to obtain a judicial review of the decision to issue the permit.

The National Court has yet to hear this judicial review application, in which the participants in the Wafi-Golpu Joint Venture (WGJV) are not defendants. At this stage, project and permitting activities can progress and Harmony and Newcrest Mining, its WGJV partner, are looking forward to re-engaging with the State of Papua New Guinea on the special mining lease for the project.

The average forward rand gold price on the hedge book has now increased from $1 889/oz to $1 971/oz, with Harmony hedging when it is certain that it can achieve a minimum margin of 25% above AISC and inflation. Locking-in the required margin is a prerequisite. Approximately 15% of its gold production currently hedged.

The net debt to Ebitda ratio of 0.1 times remained flat quarter-on-quarter, with debt amounting to R833-million ($56-million) repaid in the three months to March 31, when net debt increased to R953-million ($64-million).