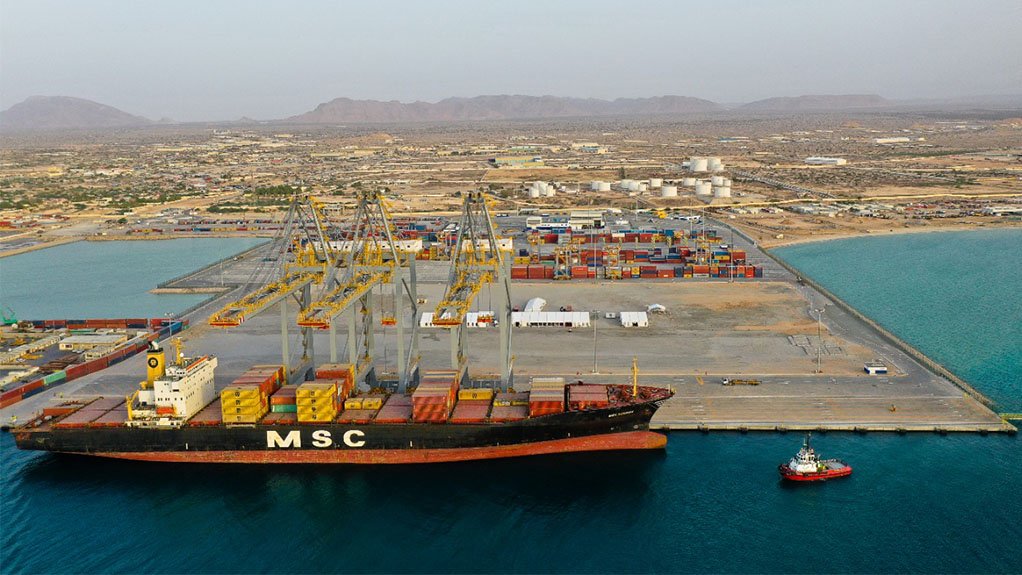 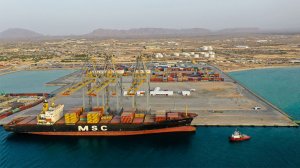 This followed completion of the first phase of the port’s expansion as part of its development into a major regional trade hub to serve the Horn of Africa. The event also included a symbolic ground-breaking for the new Berbera Economic Zone, the first phase of which is under construction.

The new container terminal, with a deep draft of 17 m, a quay of 400 m and three ship-to-shore (STS) gantry cranes, can handle the largest container vessels in operation today, and has increased the port’s container capacity from 150 000 TEUs to 500 000 TEUs a year.

A second phase expansion will eventually expand capacity to two-million TEUs a year.

Meanwhile, the terminal also includes a modern container yard with eight rubber-tyred gantry cranes (RTGs). A new port One Stop Service Centre is also being built and will be ready in the third quarter of his year.

DP World has committed to investing up to $442-million to develop and expand the Berbera port. Part of the overall Berbera plan was modelled on DP World’s Jebel Ali Free Zone in Dubai - the economic zone is linked to the port and strategically located along the Berbera to Wajaale road, also called the Berbera Corridor road.

The economic zone will serve as a centre of trade with the aim to attract investment and create jobs, and will target a range of industries, including warehousing, logistics, traders, manufacturers and other related sectors. It will allow producers, suppliers and customers to operate in a conducive and competitive environment for investment and trade.

The Berbera Corridor road upgrade project, funded by the Abu Dhabi Fund for Development and the UK Department for International Development, will be completed in the fourth quarter of this year, and the Hargeisa Bypass road, funded by UK Aid, is set for completion in the third quarter of 2022.

The road will link to the existing modern highway on the Ethiopian side and position Berbera as a direct, fast and efficient trade route for Ethiopian transit cargo.