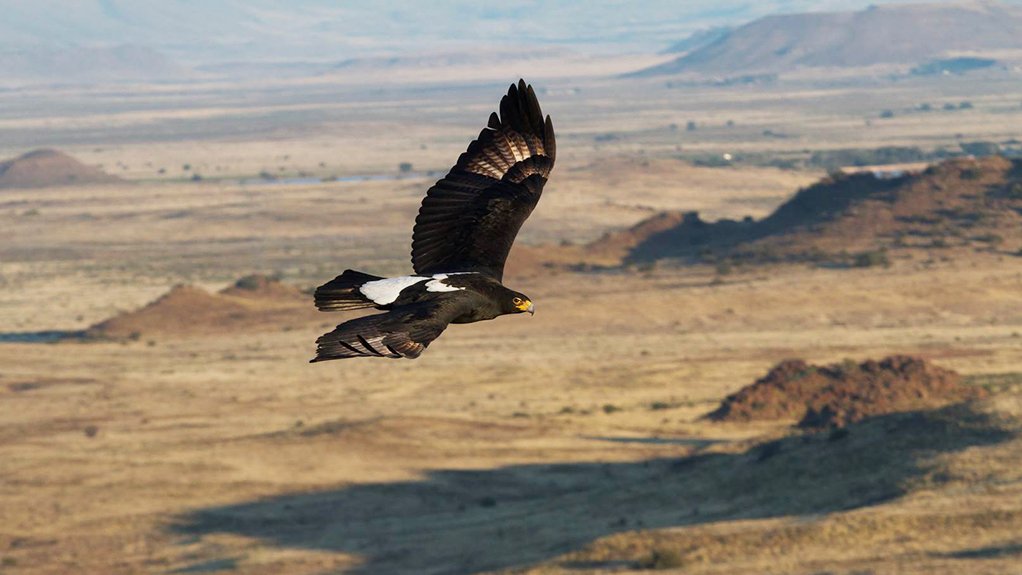 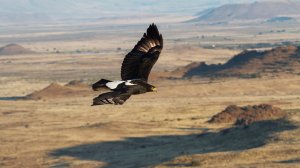 Researchers from the Fitzpatrick Institute of African Ornithology (Fitztitute) at the University of Cape Town (UCT), HawkWatch International and the University of Amsterdam have developed a new tool that offers developers more accurate guidance on where to safely build wind farms to prevent birds of prey being struck by wind turbines.

UCT points out in a statement that the rapid uptake of wind energy globally offers hope of a transition toward sustainable renewable energy, but also presents a real threat to soaring birds of prey, particularly the Verreaux’s Eagle.

The Verreaux’s Eagle Risk Assessment (Vera) model, therefore, offers hope of a win-win solution that allows developers to rapidly identify the best locations for their wind turbines while minimising the risk of collision for this special bird of prey.

UCT explains that the Verreaux’s Eagle is a charismatic bird of prey that is particularly vulnerable to fatal collisions with wind turbines whose outer blade tips spin at speeds of up to 290 km/h.

It is unknown as to whether the eagles simply do not see the moving blades or do not perceive them as a threat. Nonetheless, a considerable number of eagles have already been killed at wind farms in South Africa.

To minimise these collisions, developers usually try to build wind turbines away from areas that are in high use by birds of prey. Typically, this has involved restricting development within a certain distance of active nest sites.

However, these exclusion buffers have proven unsatisfactory for both developers and conservationists.

The study shows that by applying this tool instead of an exclusion buffer, developers can achieve the same level of protection for the eagles and can increase the areas of land available for safe wind energy development by about 20%.

“In short, by using our predictive model to account for habitat use instead of simple buffers around a nest, a greater area of land can be made available for wind energy development without increased mortality risk to raptors,” says lead author of the study and HawkWatch International representative Dr Megan Murgatroyd.

She explains that tracking of the eagles started eight years ago, when the first Verreaux’s Eagle was fitted with a GPS tracking device as part of Murgatroyd’s doctorate degree at UCT.

The devices were developed at the University of Amsterdam and provide a record of where and how high the bird is flying every three seconds.

Fitzstitute associate and co-author of the study Professor Arjun Amar say the data that Murgatroyd has been able to collect is unparalleled for any eagle in Africa and has allowed the institutions to build these models.

“Our aim is to allow wind energy to be developed in a more sustainable manner and to reduce the threat these turbines can pose to this important African species.”

The authors note that there is considerable demand for the model and it has already helped provide guidance on turbine placement for a number of proposed wind farms across South Africa.

Murgatroyd states that the best time to run the model is at the very early stages of a project. This way, developers can plan their layouts accordingly from the start instead of having to make major, expensive changes at a later stage.

She adds that it was encouraging to see how willing developers have generally been in using Vera and taking up the recommendations voluntarily.

“We will now work with Birdlife South Africa to update their guidelines on wind energy and Verreaux’s Eagles. This will help to bring the use of Vera into best-practice guidelines for environmental-impact assessments at all proposed developments where Verreaux’s Eagles are breeding.”