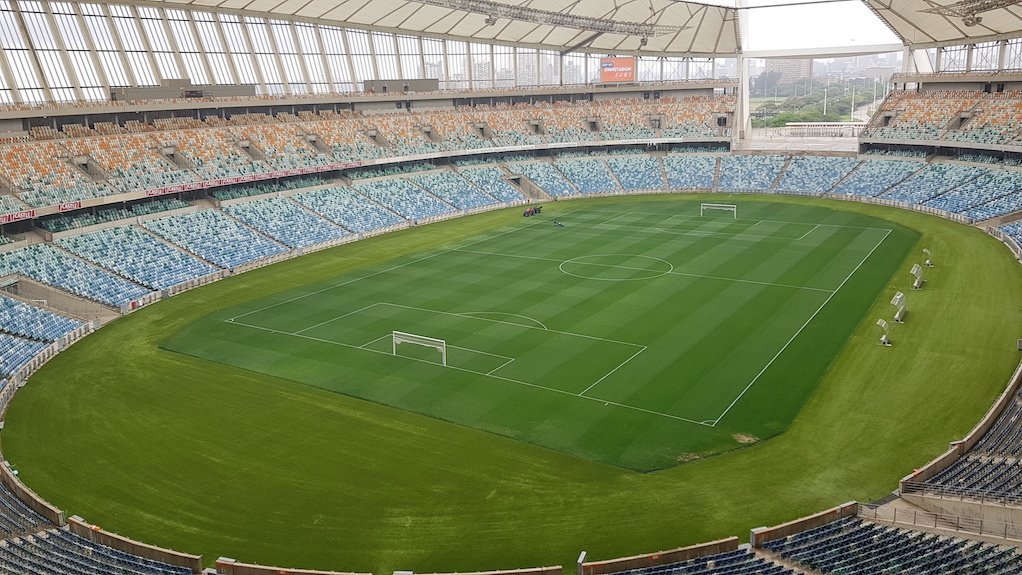 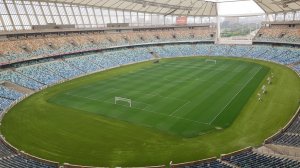 The 9 000 m² run off that surrounds the central soccer pitch at Durban’s iconic Moses Mabhida stadium has been clad in artificial turf imported from Europe.

The artificial grass was designed using four different shades of greens and browns to resemble natural lawns found in South Africa. The turf has a 35 mm pile height and is made from a WW-pattern yarn. The green part that forms the tuft is folded, or ironed, into a double W shape.  The WW design aims to give the turf a ‘memory’ that allows it to bounce back after being walked on and to increase durability and ease of maintenance.

In addition, the turf includes ultraviolet stabilisation aimed to protect the grass from sun damage and degradation as well as to withstand the high rainfall experienced along South Africa’s KwaZulu-Natal coastline.

The Easi-Windsor artificial turf has recently been added to Easigrass South Africa’s product portfolio. The company completed Phase 1 of the installation in three days, as opposed to the original one-and-a-half weeks that had been allocated for the project.

The turf comes in four-metre-wide rolls that needed to be cut and joined to produce an oval shape for the runoff. The width of the area under the turf varied from 13 m to 28 m.  Overall, the turf covered an area of approximately 450 m in length with a total area measuring 9 000 m².

The product is distributed by Van Dyck Floors in South Africa and has an eight-year guarantee.