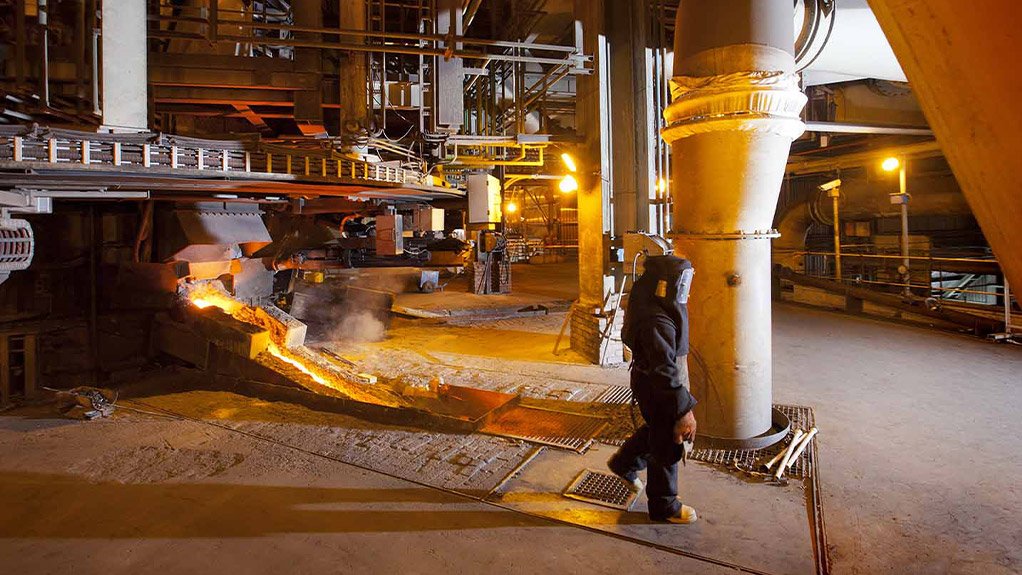 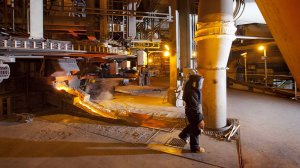 Photo by Anglo American Platinum
Matte tapping at the Anglo Converter Plant, which has been temporarily shut.

The JSE-listed company, which last month reported spectacularly high financial results that provided a significant fillip to the Anglo American group as a whole, has suffered a double processing setback.

The upshot is that the operation will be out of action for an estimated 80 days and the expected loss of 900 000 PGM ounces at a time when palladium is at an unprecedented $6 000/oz and rhodium high-flying in the $12 000/oz range.

Amplats has now shut its entire explosion-hit Anglo Converter Plant (ACP) chain of processing facilities, as well as the phase B unit that was meant to replace it, and declared a force majeure.

PGM mining company Sibanye-Stillwater, which has received written notification of force majeure regarding the toll agreement its Rustenburg operation has with Amplats as well as the purchase of concentrate agreement with its Kroondal and Platinum Mile operations, said on Friday that it had significant spare PGM processing capacity at its Marikana operations to process its own material, as well as at its precious metal refinery in Brakpan, where its material could be refined.

Sibanye-Stillwater said it would be assessing how best to use its own capacity and was engaging with Amplats on various alternatives. Its Marikana and PGM operations in the US stood, it said in a release to Mining Weekly, to benefit from the commensurate short-term commodity price increases that would likely follow the supply disruption caused by the closure of the ACP.

The production disruption arises at a time of the changing of the guard at Amplats, with incumbent CEO Chris Griffith due to hand over the Amplats reins to Natascha Viljoen on April 16.

The ACP phase A converter plant, at the Waterval smelter in Rustenburg, was damaged by an unannounced explosion in the converter on February 10. Then, what was anticipated to be a seamless transfer of activities to the phase B unit had to be temporarily halted following the detection of water in its furnace during ramp up to steady state as the replacement unit.

How water entered the phase B unit’s furnace is not known at this stage, but because it can have catastrophic consequences, it has had to be taken out of service for what is expected to be close to three months and phase A will only likely be repaired by the second quarter of 2021, Amplats stated in a release to Mining Weekly on Friday.

This is taking place at a time of strong demand for PGMs and sky-high palladium and rhodium prices.

As a result of the temporary closure of the entire ACP, Amplats' force majeure declaration is to customers, suppliers of third-party purchase of concentrate and suppliers of tolling material, as it is unable to complete the processing of material during the converter repair. Production from own mines will continue, and the concentrate from the mines will continue to be smelted at one of the four smelter complexes. However, production from own mines, as well as third party material, will not be able to be converted to refined production while the ACP is being repaired.

Even if other South Africa and Zimbabwean PGM mining companies go all out to fill the gap, there may not be sufficient local processing capacity outside of Amplats to meet the global supply needs, which have been increased as a result of increasingly strict emission regulations being imposed on the automotive industry by world governments.