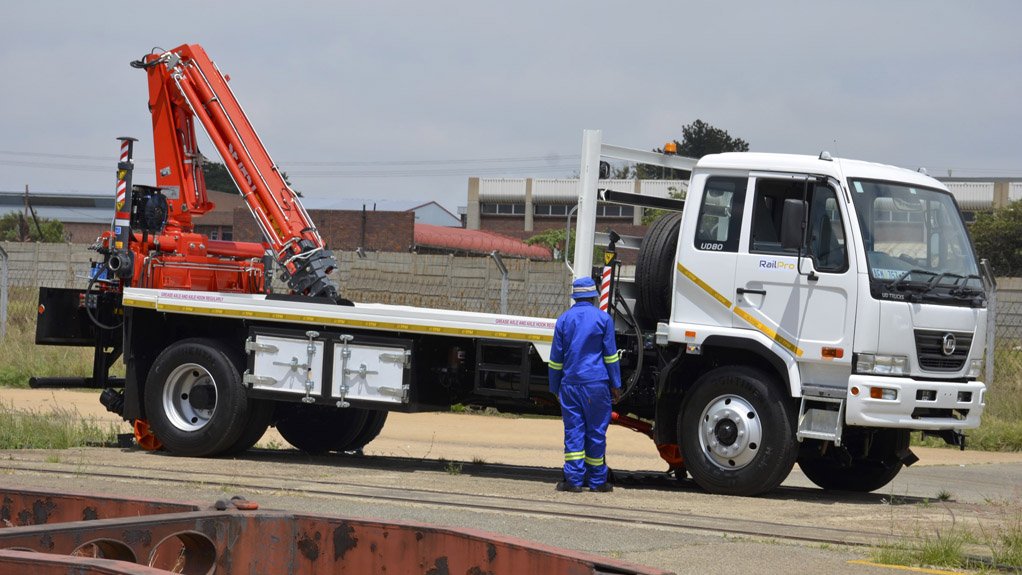 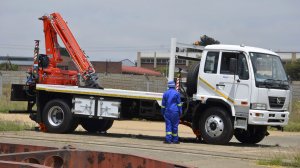 To date, RailPro has received three orders for Crane RRVs, with one being built and delivered and two currently under construction.

An RRV can travel on road as a regular vehicle using a set of tyres, but is used on rail lines using a retractable set of axles and steel rail wheels. For RailPro’s RRVs, regular trucks sourced from original-equipment manufacturers (OEMs), such as Isuzu, Tata and Kia, have been retrofitted with a retractable rail undercarriage. The rail gear is hydraulically activated in seconds and powered using the OEM gearbox and engine through a propulsion system known as the Direct Shaft Drive System (DSDS), which is developed by RailPro.

On-rail transit is made possible using the existing drive controls, comprising the engine and gearbox of the OEM trucks, on which the DSDS technology is installed as an add-on, thereby enabling an RRV driver to propel the truck using accelerator, brake and clutch pedals to activate the respective forward and reverse gears, as well as braking systems, similar to the way they would be engaged in a regular road vehicle.

The switchover of the DSDS between road and rail operations is facilitated automatically through the touch of a button, which pneumatically activates the respective drive system – whether road differential or rail differential.

In conjunction with the DSDS, a crawler function enables the RRVs to travel at a slower speed of 8 km/h using a hydrostatic drive system to allow for greater accuracy and safety when working in close proximity to hard-to-reach rail infrastructure. The crawler function can be activated on the side of the truck and by the operator in an elevated work platform. This hydraulic drive system is powered by the OEM truck engine.

The DSDS technology was recognised by standards and certifications company the South African Bureau of Standards in its Design Excellence Award in 2009.

The Crane RRV is designed to undertake installation of rail-associated infrastructure, such as poles of up to 14 m in length and general construction and maintenance of critical overhead track equipment. It can also be used with a purpose-built trolley, which is towable behind the RRV, and can carry four 14 m masts with a total loaded mass of 10.4 t.

The Pesci 185 T.4 crane mounted to the Crane RRV can lift 6.5 t at a minimum distance of 2.4 m and 1.3 t at a maximum distance of 10.1 m. It also has a maximum reach of 12 m and a 396° slewing/rotation angle. It has dual controls and is stabilised using two hydraulic swingable stabilisers.