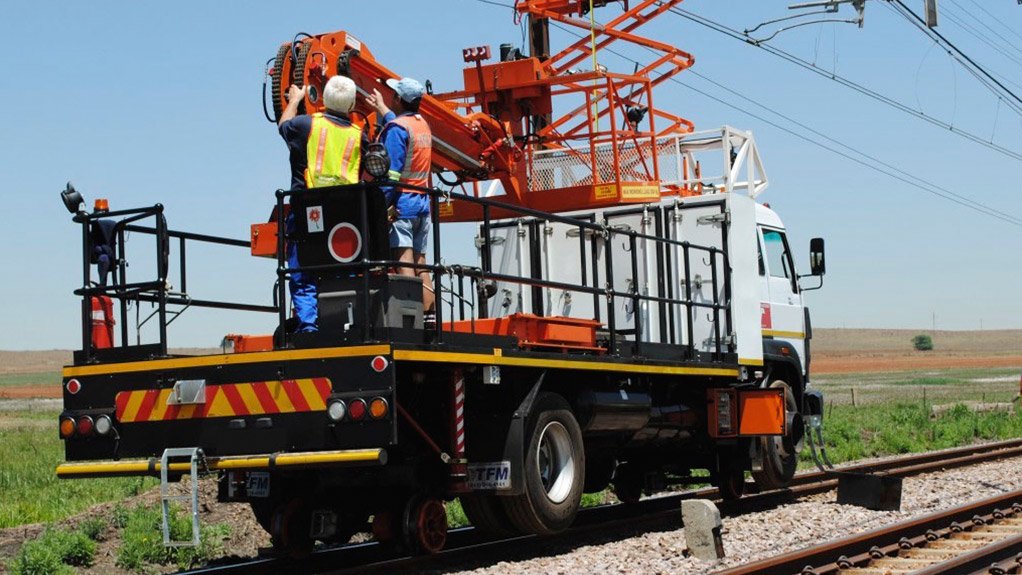 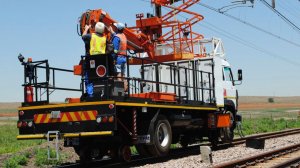 South African road-rail vehicle (RRV) developer RailPro is pursuing a semi-autonomous-vehicle solution, which it believes could open up new market opportunities for its vehicles, which are currently employed primarily in maintenance and repair operations.

The company has pioneered a solution that enables trucks fitted with its retractable railway-wheels undercarriage to transmit power to the wheels through the vehicle’s existing gearbox.

The system, known as DSDS, has been patented and was recognised in 2009 with an SABS Design Excellence Award. It can be fitted to existing truck chassis with only minor modifications by the original equipment manufacturer and has, to date, been fitted to various large and small trucks available on the South African market.

CEO Ian Ross tells Engineering News Online that various RRV derivatives have since been developed, including a flat-bed construction vehicle used to maintain the permanent way, vehicles fitted with a mobile elevating work platform for the maintenance of overhead track equipment, a tanker, a welding RRV model, as well as inspection vehicles and a RailBus to transport workers to maintenance sites.

Some 21 RRVs utilising the DSDS system are currently operational across South Africa, but Ross admits that uptake has been below expectations. RailPro, which owns the DSDS technology, is backed by international investors and is seeking to conclude a shareholding structure with a strong black economic–empowerment profile, for operations in South Africa.

The focus in Africa remains the maintenance and repair market, which in South Africa is dominated by the large State-owned companies (SoCs), Transnet and the Passenger Rail Agency of South Africa. The company is also keen to sell to maintenance and repair organisations that service these SoCs, having recently sold an overhead track equipment RRV to electrical infrastructure specialists Tractionel Enterprise who will use the vehicle extensively for construction, refurbishment and maintenance of overhead track equipment.

RailPro is also beginning to pursue international prospects, with Ross seeing significant scope for the company’s lightweight, fuel-efficient semi-autonomous RRVs in both the freight and passenger market segments.

The company, which has manufacturing and assembly facilities in Olifantsfontein, Gauteng, is in talks with several partners outside of South Africa to begin autonomous RRV trials, using Tubular Track’s innovative ballastless modular track technology and Bombardier's Interflo control system.

Primarily applicable in urban areas, Ross argues that a system comprising a modular track, autonomous drive technology and RailPro Railbuses could be an efficient and practical solution to addressing ‘mobility poverty’ in African cities.

“We still need to get out of the starting blocks on this offering, but we are close to concluding the partnerships needed to begin commercialising what we view as the next generation of RRVs,” Ross concludes.