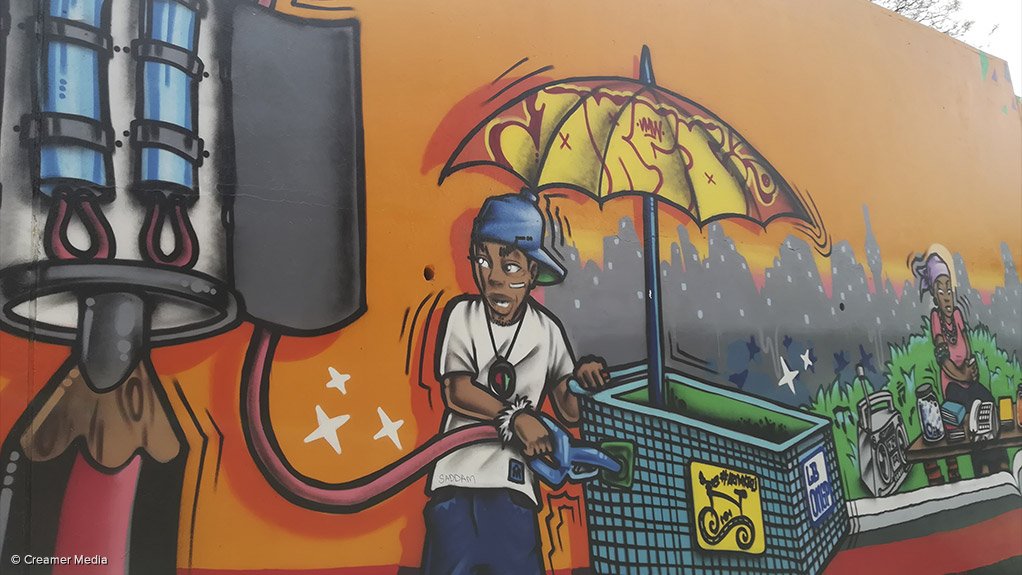 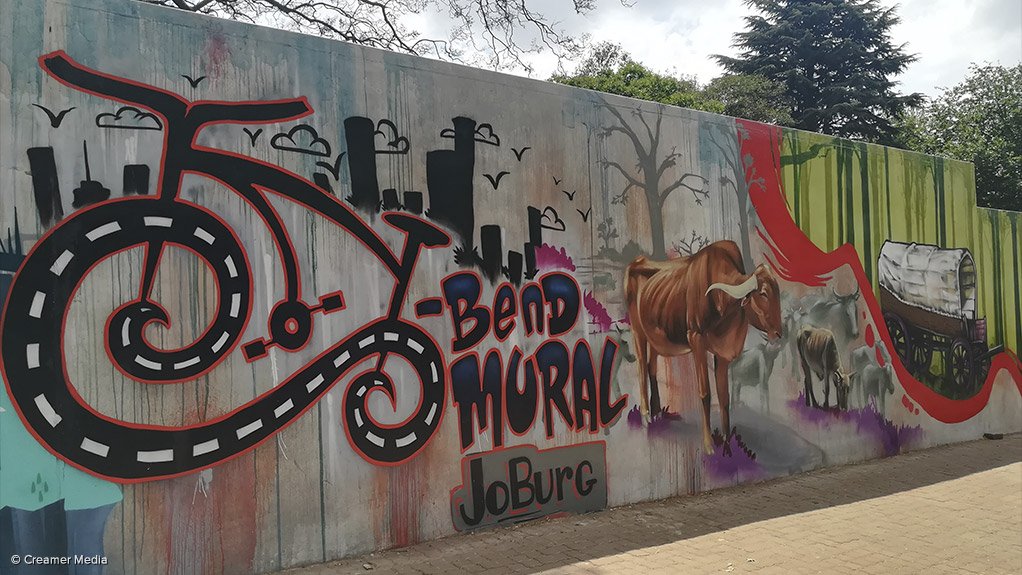 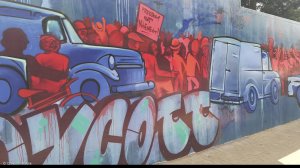 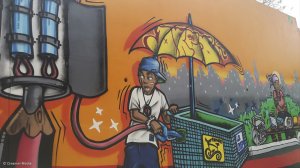 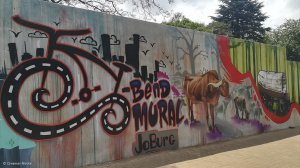 The City of Johannesburg (CoJ) on Tuesday unveiled the completed S-bend wall mural project along the Louis Botha Transit corridor, bringing colour and life through paintings to a stretch of road that previously bore the moniker of "death bend".

The wall runs east-west along the corridor, cross cutting the suburbs of Yeoville, Observatory and Upper Houghton, and is a significant transport route in Johannesburg. The wall has a 2 800 m2 surface area and is 451 m long, with the highest point standing 8.5 m tall.

The mural was commissioned by the CoJ Department of Transport and implemented by the Johannesburg Development Agency (JDA).

It is considered as an opportunity to interrogate the city’s perpetually changing face, while simultaneously celebrating its development, reimagining its future and reflecting on its past.

In this vein, the mural showcases the city and area’s multiple histories through social politics, landscape, architecture and mobility.

To capture this in graffiti on the wall, the project sourced input from the local community to contribute stories, ideas and personal anecdotes to make up one of the largest murals in the city. Eight community meetings were held to gather input.

Historical references and studies were also explored and included in the mural; and observations of the area are also reflected, such as a portion of the mural that depicts a trolley pusher.

The mural begins by showcasing the history of the area, which was a trade route for Ndebele cattle traders coming from Zimbabwe to markets in Pretoria, prior to the gold rush.

As the city developed around the gold rush, the road did too, and the mural depicts these developments.

In total, eight key narratives are showcased in the mural.

The design process took about six months, and was managed through #ArtMyJozi, which implements functional public art enhancements and facilities in strategic public places in key nodes along the city’s transit corridors. In total, the mural underwent ten design revisions.

The implementation of painting the entire wall took three weeks.

The implementation had to be undertaken timeously, as the corridor is a busy space.

Therefore, graffiti was chosen as it was the most cost- and time-effective means to execute the designs.

Further, to ensure that the wall would not be defaced, the project sought graffiti artists who are well known by their design styles.

A collective of graffiti artist was therefore put together, which included local upcoming artists in the area, ensuring community participation. Thirteen artists participated in the painting, as well as seven assistants, three facilitators and six technical assistants.

Further, using graffiti artists helps to dispels misconceptions about graffiti being associated with decay, and embraces this into the city instead, the JDA's Stephen Hobbs said, speaking at the unveiling.

Further, 267 litres of ultravoilet protective coating will ensure that the art remains intact, for at least ten years, and should anyone attempt to deface or paint over it, this can be easily washed off.

The Louis Botha corridor will soon also accommodate Rea Vaya infrastructure. Present at the unveiling, Transport MMC Nonhlanhla Makhuba indicated that, despite challenges experienced with concluding contracts, the project was now moving ahead and was expected to be operational in 2020.

The launch of the mural also coincided with the first day of Transport Month, during which the country’s public transport systems are showcased to the community and feedback is collected for improvements.