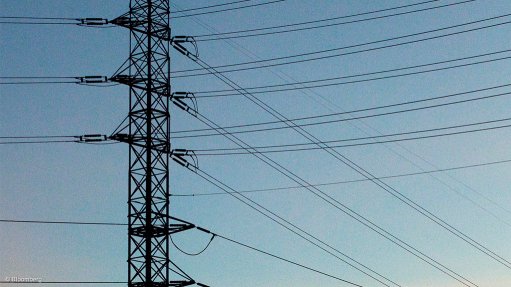 Global energy consultancy Wood Mackenzie is confident that sub-Saharan Africa offers an alternative vision of how the energy transition can change power generation.

“The evolution of sub-Saharan Africa’s utility business model, both on and off the grid, will fundamentally reshape the trajectory of global electricity demand and will be essential to the energy transition.

“Decentralised, bottom-up, solar-and-storage grids could not only transform sub-Saharan Africa’s energy future but carry important lessons for the next generation of thinking on utility business models globally. The future of energy may be forged there,” says Wood Mackenzie energy transition principal analyst Benjamin Attia.

These trends also present an opportunity to correct one of the greatest challenges experienced on the continent – a lack of access to electricity.

Most of Africa’s public electric utilities are loss-making, with limited ability to maintain existing assets or invest in new ones. This hampers top-down growth in power supply and improvements in the availability, reliability and affordability of power, Attia states.

However, the rapid decline in the costs of renewable energy, coupled with innovative business models, could help sub-Saharan Africa bridge the gap between consumption and investment to provide universal, reliable, affordable and decarbonised access to electricity across the region, he adds.

Attia believes this will contribute to strong growth in the region’s electricity demand.

The region’s electricity demand has doubled over the last 15 years and, under Wood Mackenzie’s 1.5 °C Accelerated Energy Transition scenario, it could grow nearly eight-fold by 2050.

Wood Mackenzie estimates it will cost $350-billion to electrify the region by 2030.

The investment initiatives being pursued to electrify the region hold important lessons for the global power industry as it works to meet net-zero targets.

“These investment opportunities work around the fiscal and operational bottlenecks posed by some of sub-Saharan Africa’s State utilities.

“Service providers are going straight to the bankable segments of residential, commercial and industrial electricity demand, typically through distributed, renewable, off-grid solutions where the public utility does not feature," Attia explains.

Opportunities are emerging beyond the grid for three customer segments, including residential, commercial and industrial, and will collectively account for $62-billion of the total African electricity investment opportunity this decade, Wood Mackenzie’s analysis shows.

“These opportunities go beyond basic access and bill savings, representing the early stages of a dramatic, fundamental evolution in the utility business model towards broader, customer-centric service provision,” Attia highlights.

Today, about half of African businesses rely on back-up diesel generators if the grid goes out, despite high and unpredictable costs.

Wood Mackenzie conservatively estimates that more than 100 GW of distributed diesel capacity is operational across Africa today, and findings further suggest that at least 17 African countries have more distributed diesel generator capacity than they do grid-connected power-generation capacity.

Across sub-Saharan Africa (barring South Africa), consumers spend just under $20-billion a year on fuel for back-up generators – around 80% of what they spend on grid electricity.

Even so, generators provide only 7% of total electricity supply, Wood Mackenzie reports.

For advanced electricity sectors, the energy transition is triggering a shift from traditional business models of generating, transmitting and distributing electricity to consumers towards an increase in customer-owned, behind-the-meter generation, battery storage, electric vehicles and demand response, in which both customers and utilities bring value to each other.

Attia says this evolution has not begun in most under-electrified economies. “But the vacuum left by public utility bottlenecks and far-from-universal electrification is being occupied by private sector firms with a new vision and a new way of generating and delivering power.

“Distributed energy service companies are using a flexible prepaid service model to take advantage of the increasing affordability of solar and battery technologies in order to align cost, value and energy delivery. They can also manage credit risk directly and digitally outside the bounds of traditional utility cost-recovery mechanisms,” he adds.

Wood Mackenzie reports this growth in market activity beyond the grid will begin to have an impact on future on-grid electricity demand.

“Where centralised utilities and off-grid service providers clash, quality and cost of service will determine where consumer spending flows, especially for commercial and industrial users who suffer major productivity losses from interrupted service.

Where the national grid is almost non-existent, such as in the Democratic Republic of the Congo, the building of a bottom-up, distributed grid (rather than an existing centralised grid) could fundamentally change the role of the distribution utility in sub-Saharan Africa, where customers can benefit from interconnecting and trading with nearby sources of generation and load, instead of operating on a fully captive basis.