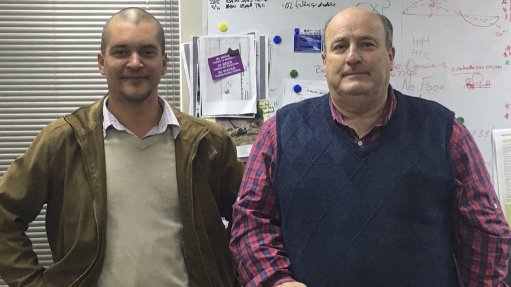 The Drakenstein local municipality in Paarl, Western Cape, has begun a 20-year master plan to replace old or ageing asbestos pipes in the region with high-density polyethylene (HDPE) pipes, which will achieve significant success in reducing water loss throughout the municipal area.

Water leakage and non- revenue water have become two of the biggest problems facing South African municipalities in recent years. The Drakenstein local municipality’s master plan will be led by the municipality’s water services senior engineer André Kowalewski, and is in line with the municipality’s vision of being a ‘city of excellence’.

Drakenstein’s water loss problems reached the point where losses were surpassing demand growth. By 1999, water losses in the area stood at 34% and increasing, forcing the municipality to investigate the reason for the high water losses, and find a way to mitigate them.

The municipality subsequently began prioritising projects that involved pipe replacements, the replacement of bulk and domestic water meters, pressure management, leak detection and repair, public awareness, and upgrading information and management tools. Reaction time to attend to burst pipes was also reduced to less than one hour. These initiatives brought water losses down to an average of 16%, with 11% being the lowest recorded.

Water losses enabled the municipality to delay the construction of reservoirs and large pipelines for several years. There was also a reported decrease in burst pipes. However, the reduction in residual pressures in various pressure zones had the most significant water-saving effect.

The municipality prioritised replacing 14.2 km of old asbestos pipes with new HDPE pipes, at a cost of R120-million.

Kowalewski explains that, prior to embarking on the project, steel pipes and HDPE pipes were carefully compared. The municipality decided that HDPE pipes offer significantly more advantages and cost-saving benefits, especially when considering the life cycle of the HDPE pipe, which surpasses most other pipe materials. HDPE pipes can also handle water pressure fluctuation and flow characteristics within the pipe design limits better than any other flexible pipe system.

“If correctly designed, and with proper installation, together with the correct fittings, an HDPE system will provide the lowest maintenance compared with any other pipe material system,” Kowalewski confirms.

He adds that the most attractive advantage of HDPE is a pipe system without pipe joints. “We no longer have the issue of corrosion, failing joints or costly maintenance issues due to downtime, as most of the fittings used in HDPE systems are moulded out of polyethylene material.”

Other fittings used by the municipality include flanges and tee-pieces, predominantly manufactured using Grade 216 stainless steel.

“The philosophy behind the use of a high-grade material is to have a total system where the pipe material and fittings, when used together, will guarantee a useful operating life that surpasses 50 years. “It means that the chemical resistance and durability of the fittings must be the same as those of the pipes,” Kowalewski explains.

Tests and calculations performed on HDPE have shown the pipe material’s life span to run up to 100 years. In addition, HDPE is the most popular pipe material to use when replacing pipes using trenchless construction methods, which means that downtime due to repairs is no longer an issue.

Moreover, Kowalewski emphasises the importance of workmanship when manufacturing HDPE pipes, explaining that the municipality has had incidents in the past where pipes not bearing a mark of quality fail soon after installation.

“It is almost impossible to identify whether or not a pipe is of inferior quality prior to installation and purely based on appearances. “However, we have learned through trial-and-error that unless a pipe bears a South African Plastic Pipe Manufacturers Association (Sappma) mark, it will not meet the quality standards of certification bodies such as the South African Bureau of Standards or South African Technical Auditing Service,” Kowalewski adds.

It is for this reason that the Drakenstein municipality has changed its tender specifications by insisting that all suppliers of HDPE pipes are members of Sappma, and that all welders and pipelines installers are Installation and Fabrication Plastics Pipe Association (IFPA) certified.

“When we see the Sappma mark on the pipes [or] the IFPA stamp on the welds, we know that the pipeline will stand the test of time and that we have recourse if it fails to deliver,” Kowalewski concludes.