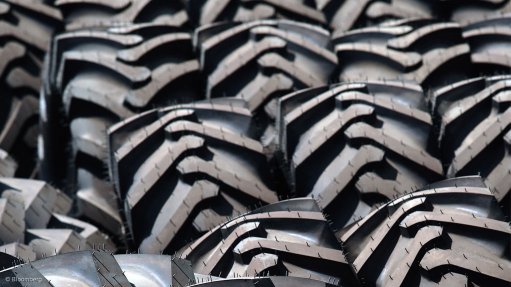 INITIATIVE SUCCESS The Recycling and Economic Development Initiative of South Africa had processed about 35 489 t of waste tyres as at the end of September
Photo by: Bloomberg

The Recycling and Economic Development Initiative of South Africa (Redisa) reports that the concept of its effective waste tyre project could be implemented in other waste streams, Redisa director Stacey Davidson tells Engineering News.

“Redisa’s waste tyre project has made a significant impact, enabling the country to take care of this specific waste. However, a key aim is to realise how this concept can be implemented in other waste streams, thereby developing economic growth and job creation opportunities, as has been evidenced through the waste tyre management plan, which has been in operation for little over a year, and continues to exceed targets set in the five-year roll-out.”

“If South Africa can introduce the recycling and reuse capacity for these waste streams, it will help the various industries responsible for introducing the products into the environment become more environmentally responsible and drive the concept of a circular economy, which entails industry transitioning to a focus on the reuse of items generally considered to be waste,” she says.

Redisa Achievements
Redisa, through the introduction of a waste management fee for retailers of the products, which supports the collection of waste tyres and is used for the development of a new tyre-recycling industry, had processed about 35 489 t of waste tyres as at the end of September.

The plan also created 1 503 jobs as at the end of September, while Redisa collected waste tyres from 1 273 tyre dealers nationwide.

Another key aim of Redisa is to potentially offset 178 500 t of carbon emissions this year, Davidson says, noting that the Intergovernmental Panel on Climate Change’s report earlier this year states that greenhouse-gas emissions are significantly increasing, and only an intensive push over the next 15 years can bring emissions under control.

“South Africa, in particular, is at a critical turning point,” she stresses, adding that, according to the latest iteration of the Industrial Policy Action Plan that was unveiled by Trade and Industry Minister Dr Rob Davies in April this year, South Africa is ranked sixth worldwide when carbon dioxide is expressed as a percentage of the gross domestic product.

“Through the remediation of these waste tyres, Redisa has potentially offset 92 187.6 t of carbon emissions,” Davidson says, explaining that this figure is calculated by multiplying the tonnes of tyres Redisa has remediated, which are currently 36 152, by 2.55 – the amount of carbon emitted by one tonne of tyres when burned.

The figure is based on the assumption that all waste tyres remediated through the Redisa plan would have been burned – a trend which has become prevalent in communities where tyres are burned either for warmth, to remove the steel wire for sale, or during service delivery protests, she notes.

In addition to the environmental impact of waste tyres, such as increased carbon emissions as a result of burning, the waste places a burden on the health system, as it creates a breeding ground for mosquitoes and vermin, Davidson says.

Redisa has employed various tactics to remediate waste tyres, including the process of pyrolysis, crumbing to produce secondary product and controlled burning in cement kilns.

“By introducing the by-products into the economy, industry can continue the product’s life cycle and, in turn, exert a positive impact on the environment by reducing the amount of waste tonnages that are either sent to landfill sites or dumped in streams and the surrounding environment.”

She further notes that, during the yearly Global Economic Symposium, held in Kuala Lumpur, Malaysia, last month, where solutions to current global economic challenges are discussed and developed, South Africa was the only country to present a plan such as Redisa to the symposium, adding that the local industry has achieved a 99.9% compliance rate with the plan.

Redisa CEO Hermann Erdmann, who was part of a symposium panel discussion on extended producer responsibility and the need for a paradigm shift in creating value from waste, noted that it was time for a fundamental shift in the way in which nations dealt with waste.

“If waste is recovered and recycled into new raw materials, creating value instead of the costs associated with waste, the State is gaining on both fronts,” he added.