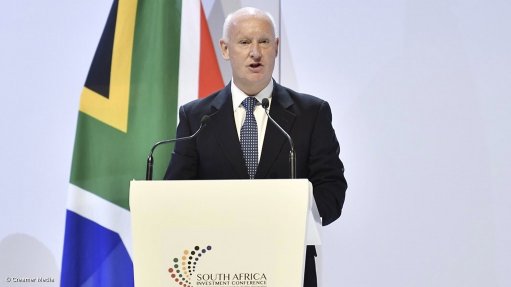 The fund was announced on Wednesday at the South African Investment Conference, held in Johannesburg.

Naamsa said in a statement that the launch of the AITF marked the start of a sector-wide initiative to transform the automotive industry by broadening and deepening the participation of black and historically disadvantaged entrepreneurs in the sustainable growth and development of the industry.

The fund’s mission will be to accelerate the empowerment of black South Africans within the auto sector; the upskilling of black employees and aspirant auto entrepreneurs; the expansion of black-owned dealerships, authorised repair facilities and workshops; a substantial increase in the contribution of black-owned automotive component manufacturers within the automotive supply chain; and creating sustainable employment opportunities for young and female black South Africans.

Until now, the ownership element has been out of reach for these multinational manufacturers, since the first enactment of the BBBEE Codes of Good Practice in July, 2007.

After extensive consultations and discussions with the Department of Trade, Industry and Competition, provision for the recognition of contributions in lieu of a direct sale of equity through equity equivalent contributions has been agreed to – hence the launch of the AITF.

The AITF will be independently incorporated and registered as a non-profit company and will have its own board of directors and executive management team, in line with the Companies Act, in order to enhance transparency and good corporate citizenry.

South Africa’s automotive sector contributes about 6.9% to the country’s gross domestic product and accounts for 30.1% of overall manufacturing output.

Naamsa CEO Michael Mabasa said on Wednesday that the launch of the AITF was a game-changer that would modernise the automotive industry’s social contract with South Africa.

“Big business’ desire to empower and invest in black people should be natural. This fund is not a nice to have, but a business imperative that makes business sense for the success and sustainability of the industry.

“We need to systemically and unashamedly address barriers to entry, which remains very high in the motor industry for many new and aspiring entrants,” he said.

“This fund should attract and make it fashionable for young people and for females to want to manufacture the cars of the future, either directly within our vehicle assembly plants, or to drive black industrialist participation in the portions of the value-chain open to national capital  – tier 2 to 3 of the manufacturing value-chain, [as well as] dealerships and authorised repair facilities.”

“This is an industry-wide initiative, bringing together suppliers and [vehicle manufacturers] to collaborate for the common good,” added BMW Group South Africa and sub-Saharan Africa CEO, as well as Naamsa VP, Tim Abbott.

“It’s my belief that real meaningful growth in our industry must by its nature be transformative.

“Opportunities exist for new entrants, for private capital, and for other government initiatives to tie in with the fund.”

Abbott emphasised that the capital investments made by vehicle manufacturers to the fund would not revert to the manufacturers, but would be used to self-sustain the fund and its operations after its formation.

“We consider having great black-owned companies supplying our manufacturing operations as the best return on investment we could ever ask for,” he said.