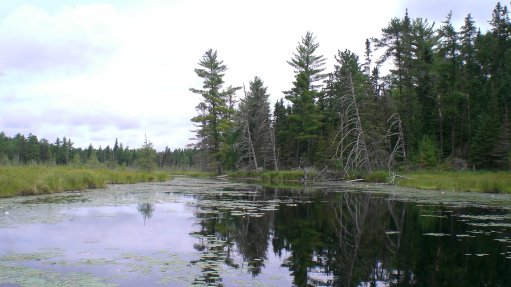 WASHINGTON – The US Interior Department on Wednesday renewed two mineral leases near the Boundary Waters Wilderness area in Minnesota, a key step in opening the popular wilderness and recreation area up to copper mining despite heavy opposition from local and national conservation groups.

The department's Bureau of Land Management granted the hardrock mineral leases inside the Superior National Forest to Twin Metals Minnesota, a subsidiary of Chile's Antofagasta, with the aim of expanding domestic mining of "critical minerals" used in common appliances and products, saying it is beneficial to national security because it reduces foreign imports.

"Mining strategic metals in the United States is beneficial to national security, national and local economies, and job creation," the Interior Department's assistant secretary Joe Balash said in a statement.

Twin Metals must now submit a formal mine plan of operation to the BLM, which will then analyze its potential environmental impacts.

The announcement riled conservation groups, who said the Trump administration conducted an insufficient environmental review process leading up to its approval.

The Obama administration in 2016 had implemented a moratorium on new mineral development in the area while it would conduct an extensive environmental impact statement (EIS) analysis to determine whether 234 000 acres of the watershed around Boundary Waters should be withdrawn from mining for up to 20 years.

But after President Donald Trump took office in 2017, he reversed course, cancelling the EIS in favour of a less-demanding and faster environmental assessment last January.

The BLM said it got more than 39 000 comments during the 41 day EA review, which informed its decision, although the majority of those comments were in opposition to allowing mining.

Alison Flint, an attorney for the Wilderness Society said that the 40-page document with a one-page bibliography did not reference over two-dozen peer reviewed scientific studies that detail the impacts on wilderness.

"The rush to approve mining in the region and unwind science-based decision-making by the previous administration violates the law, disregards the science, and ignores widespread public opposition to mining in this beloved and vulnerable area,” she said.

Conservation and local groups, as well as some Minnesota lawmakers, have for years opposed the idea of opening up the area near the Boundary Waters to mining, because of the environmental risk it poses to the area's gray wolves, black bears, and moose and a variety of fish.

The Canadian government also raised concerns about the impact mining could have on Canada's water quality and ecosystems since the leases would be in shared US and Canadian watersheds during the comment period on the environmental assessment.