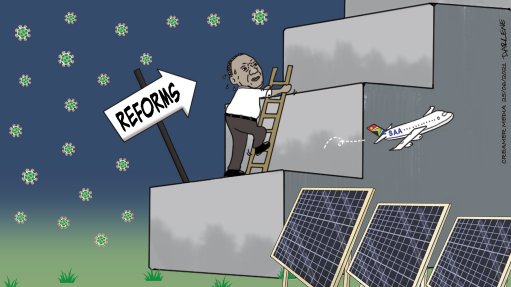 For years, South Africa has been promising reforms to stimulate growth, investment and jobs. Until this month, however, those pledges have not been translated into action. On June 10, President Cyril Ramaphosa took a big step when he announced a major electricity reform. A day later, Public Enterprises Minister Pravin Gordhan followed that up with an announcement that a strategic equity partner had been secured for grounded South African Airways. It’s vital that this steep climb continues, firstly, through resolution to the stalled digital-spectrum release and then with some big-ticket infrastructure projects entering construction.