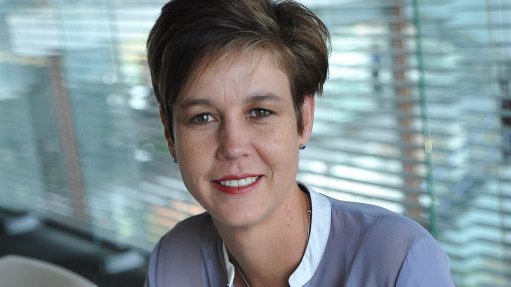 Leading South African financial institution Standard Bank has confirmed that it is keen to participate in the funding of South Africa’s gas-to-power (GTP) programme and that it is eagerly awaiting the release of the project information memorandum, outlining government’s preferred procurement model.

The Department of Energy (DoE) envisages the development of 3 700 MW of new gas-fired power generation, with 3 100 MW to be developed by independent power producers (IPPs) and the 600 MW balance in a public-private partnership with State-owned companies.

Standard Bank head of power Rentia van Tonder tells Engineering News Online that the bank, which has been a major funder of Renewable Energy Independent Power Producer Procurement Programme (REIPPPP) projects and which is supporting participating bidders for the first coal baseload IPP bid window, is keen to participate.

That said, she expects the GTP programme to raise a number of funding considerations, with government’s IPP Office showing a preference for a “bundled” offer that integrates the infrastructure required to import gas, including a floating storage regasification unit, and the power generation projects.

The DoE will also insist on rand-based power purchase agreements, notwithstanding the fact that the primary energy will initially be imported liquefied natural gas (LNG), priced in US dollars.

“Obviously much will depend on the project information memorandum, but as a bank we’ve done a lot of work to identify the potential power and gas participants and we are excited about the prospect of participating,” Van Tonder reports.

Given the size of the programme, however, she anticipates that all of South Africa’s large banks will participate, as has been the case with the REIPPPP.

Despite recent negative comments by Eskom about the cost of IPPs, Van Tonder remains optimistic about the future of the South Africa’s IPP deployment. Eskom purchased more than 9 000 GWh from IPPs in 2015/16 at a cost of R15.4-billion and CEO Brian Molefe indicated that he was “uncomfortable” with the relatively high prices being paid to IPPs.

However, the costs associated with the REIPPPP have fallen steeply since the first bid window and will, therefore, be increasingly competitive. Of the REIPPPP projects supported by Standard Bank, over 700 MW have been connected to the grid, with the DoE having procured 6 377 MW and with a further 1 800 MW under evaluation.

“Alternative off-grid solutions could complement conventional grid systems in getting power to the largest number of people quickly. We are developing a strategy that will seek to unlock that opportunity.”