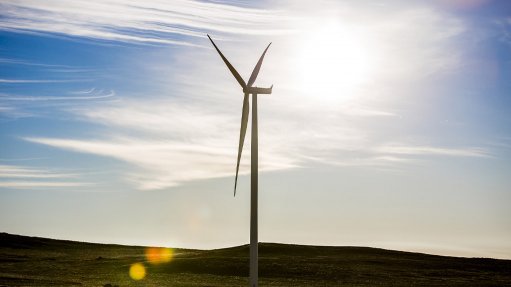 A regional association that will focus on unlocking wind energy opportunities across Southern Africa has been launched at the annual Windaba wind energy conference in Cape Town.

Known as Wind SADC, the association will help countries boost their wind energy industries and facilitate companies to participate.

“It will work across 16 countries to ensure wind power is fully utilised in the journey towards universal access to sustainable energy services in Southern Africa, while boosting jobs, skills and economic development,” the partners said.

Wind SADC is expected to promote wind energy in the Southern African Development Community (SADC) by acting as an umbrella body to its members, including industry associations from the wind sector in SADC countries.

Speaking at the launch of the association, African Union (AU) Commission energy head Atef Marzouk said it was vital to collaborate on energy across the continent.

“The launch of Wind SADC supports regional integration and economic cooperation within the industry and beyond. It strengthens trade between member States, supporting our ambitious goal towards an African Continental Free Trade area as outlined in the AU Agenda 2063. Importantly, it also helps build energy capacity, and unlock economic development and collaboration between countries in energy.”

SAWEA CEO Ntombifuthi Ntuli said her association, which was established eight years ago, would contribute existing capacity and experience, buoyed by explosive growth in the wind energy industry in South Africa.

“We will support Wind SADC with back office services and the lessons learnt over almost a decade. We look forward to contributing to regional growth.”

GWEC CEO Ben Backwell emphasised that Wind SADC aligned with the GWEC’s aim of accelerating the deployment of wind energy in sub-Saharan Africa and increasing private sector investment in the sector.

“With our members’ support, we have been working on this topic for some time and formed an Africa Task Force in early 2019 to find the best ways of doing exactly what Wind SADC will now tackle in the SADC. We fully support the effort and will bring our global experience, data and policy expertise to bear to facilitate success.”

SACREEE executive director Kuda Ndhlaukula welcomed the move towards creating additional, technology-specific capacity. “In driving towards universal access to sustainable energy, as well as a secure energy system in a landscape of rapidly improving renewable energy technologies, we welcome this opportunity to join forces with experts in the international and local wind energy field.”

The wind industry has been seen as a potential big player in powering Africa’s growth, creating new jobs and building local supply chains.

The association was launched with the support of the Africa-EU Energy Partnership, a high-level framework for strategic dialogue on energy between Africa and Europe. The head of the AEEP secretariat, Johan van den Berg, underlined the value of regional and bi-continental partnerships.

“The launch of Wind SADC is an example of how pooling our resources and efforts enables us to better address challenges. By acting together we are more than the sum of our parts. We intend to expand such interventions both into other technologies and other African regions, together with key regional and international partners.”

According to GWEC estimates, SADC, which comprises 16 countries, has a wind energy potential of around 18 GW.

“This is one third of the region’s current power pool,” said Van den Berg at the opening of the Windaba. He added that the East Coast of Africa, stretching from northern Mozambique to Kenya also had huge potential.

Ntuli was also upbeat about wind energy in African countries.

“Namibia’s National Integrated Resource Plan calls for 194 MW of wind energy to be developed by 2035. Tanzania, in the meantime, has plans to develop four onshore wind energy projects with a total capacity of 550 MW. Recently the country announced a 300 MW wind farm on which construction will start soon.”

“Besides strengthening our overall energy security, the South African wind energy sector has attracted R80.6-billion worth of investments since 2011, of which foreign direct investment accounted for R13.2-billion,” said Ntuli.

The Windaba has brought together more than 600 conference delegates and industry exhibitors. It is hosted by SAWEA in partnership with the GWEC.