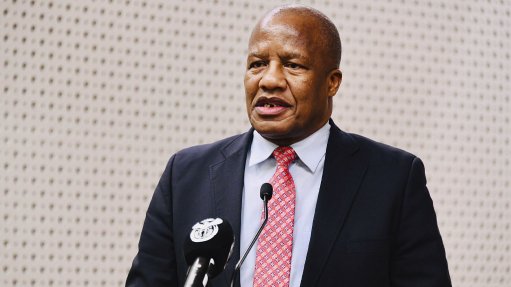 South Africans who are abroad and want to return during the lockdown are allowed to do so, Minister in the Presidency Jackson Mthembu has said.

The how, however, remains unclear.

Mthembu tweeted the update on Friday morning, elaborating on remarks made by National Command Council ministers on Thursday evening following the adoption of government's updated lockdown regulations this week.

"South Africans who are outside the country and want to return during the #lockdown are now allowed," Mthembu's tweet read.

"They will be subjected to a 14-day quarantine. Similarly those who want to repatriate from our country to their countries are now allowed. #stayhome #staysafe #Covid_19SA kills," he said.

According to the new sub-regulation governing this aspect, "The Cabinet member responsible for home affairs (Minister Aaron Motsoaledi), or a person designated by him or her, may allow a person to enter or exit the Republic for emergency medical attention for a life-threatening condition, or for a South African, or foreign national to be repatriated to their country of nationality or permanent residence."

The logistics around how foreign nationals can be repatriated to their home countries are a bit clearer. That was evidenced this week when a LATAM Airlines repatriation flight left OR Tambo International Airport on Wednesday headed for Brazil. The flight had 321 passengers on board.

Foreign nationals who have landed in the country in the last 14 days, however, will have to undergo a mandatory 14-day quarantine before being allowed to be repatriated, and with a number of provisions.

"...Provided further that a tourist is escorted to the point of exit where he or she may be screened again."

As for South Africans, it seems the only logical attempt would be to secure a chartered flight with the assistance of their closest embassies, as very few commercial airliners are taking passengers,  and borders being closed, in general.

Earlier this week, International Relations and Cooperation Minister Naledi Pandor said measures were being put in place to repatriate at least 1 471 South Africans who have indicated they want to return home.

Liaise with family and friends in SA

Priority would be given to those who were stranded at airports, running out of accommodation, and the elderly and the sick, News24 reported.

"Our missions, where possible, will continue to render consular services, including negotiating with the governments where there are lockdowns, in order to facilitate the movement of stranded South Africans," Pandor said.

Due to difficulties associated with travel restrictions, the government was appealing to those who could afford to return to do so at their own cost.

"Some South Africans have explored options such as arranging private charter flights to SA. In such cases, we have requested our missions to assist with obtaining flight clearances in the host countries and to get permission to depart on such a chartered flight," Pandor explained.

For those who cannot depart, the department would liaise with family and friends in SA to contribute to the payment of accommodation.

"Our missions and head office will continue to be in touch with all South Africans until they are comfortably reunited with their families. The regulations require of all incoming nationals, irrespective of risk category, to undergo screening, testing and be quarantined," Pandor said.

So, legally, South Africans abroad can now return home, but the logistics are being fleshed out.

These questions will be posed to National Command Council ministers at the next briefing, and an update provided in due course.