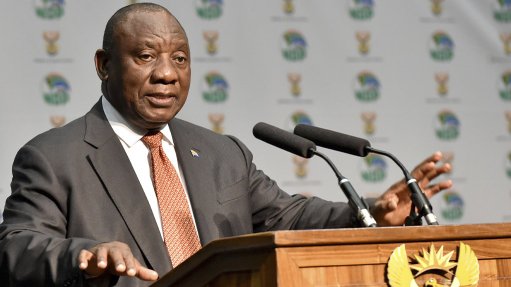 The crisis-hit utility, which produces more than 90% of South Africa's electricity, has been hobbled by technical and financial woes, and implemented days of power cuts last week after a number of its generating units broke down.

Eskom's decision highlighted the challenge Ramaphosa faces in rescuing the State-run firm, whose problems hurt his efforts to restore investor confidence in South Africa and turn around a flagging economy.

In a statement, Ramaphosa said the return of power cuts underscored the urgency of action required, and the government will do all it can to restore Eskom to viability and tackle its "daunting" level of debt.

The company's debt stood at more than R440-billion in 2018/19, when the company reported a mammoth R20.7-billion annual loss.

"We will soon be announcing the appointment of a permanent Eskom CEO who, together with a strengthened board, will be tasked with turning the entity around," he said, adding the person would be guided by a special paper on Eskom which would also be released shortly.

Specific measures he highlighted included the long-planned restructuring of Eskom into three entities, improving Eskom's credit rating and tackling the high levels of debt owed to the company by defaulting municipalities, government departments and individual customers.

Eskom said on Sunday that no power cuts were currently planned for Monday, though the power system remained constrained and they could be implemented at short notice if necessary.

The utility's acting CEO, Jabu Mabuza, said last week that a new CEO for the company would likely be announced before the end of October.