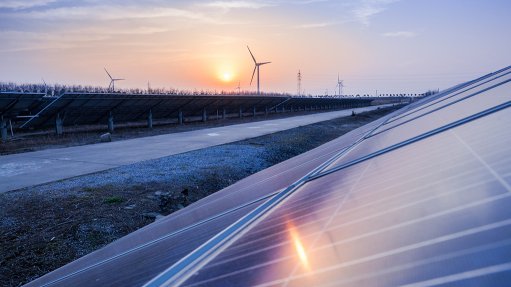 As part of its Sustainable Development Goal Seven (SDG7) Programme, the United Nations Economic Commission for Africa (UNECA) announces that the Development Bank of Southern Africa (DBSA) and Pimco have reached terms on their issuance of R3-billion of debt securities, which signals the first closing.

The SDG7 Programme, which was launched in February 2020, is aimed at deploying private capital in Africa to support the development of renewable energy.

South Africa, one of the initial national sponsors of the programme and through President Cyril Ramaphosa’s office and the DBSA, persisted in efforts to finalise the deal despite slowdowns associated with the pandemic, UNECA notes.

Pimco, which attended and announced its desire to act as a key investor at the launch of the programme, has engaged in assessing and structuring several potential assets from different countries, focusing first on refinancing debt to provide liquidity for further green generation.

The SDG7 Programme is built on three fundamental pillars namely climate, finance and governance, which serve to assure that proceeds are exclusively deployed to support the development of renewable energy generation, UNECA says.

“The success belongs to South Africa and the DBSA for their single-mindedness in recognising the value of attracting foreign private debt investment into the energy sector, and to Pimco for committing to the green energy transition on the African continent.

"This first close is an important signal to the many other countries interested in the SDG7 Programme who recognise the value of attracting private capital to support economic growth and green industrialisation. We look forward to concluding further transactions as part of the programme in the very near future,” UNECA executive secretary Dr Vera Songwe says.

“We are gratified to help initiate this programme for the UNECA and the continent and appreciate the endorsement from private international financial institutions such as Pimco, which are not only engaged in the South African economy, but see the particular opportunity in supporting our clean energy transition,” says Finance Minister Enoch Godongwana, who served as chairperson of the DBSA during the initiation and early stages of this transaction.

Speaking to Engineering News, Fieldstone programme adviser and CEO Jason Harlan comments that the first issuance is a signal that the SDG7 Programme will not only provide liquidity and support for green generation, but also focus market attention on the subject of African energy and the opportunities specific to particular markets.

“In the case of South Africa, this can be seen as a vote of confidence in the expansion of green generation and the clean energy transition. This is an extremely positive development given the current environment and developments in South Africa around energy requirements,” he acclaims.

Standard Chartered acted as placement agent and structuring adviser for this transaction, while Fieldstone is the SDG7 Programme adviser and is the transaction originating bank.

Harlan explains that the company has been programme adviser to UNECA from the inception of the programme concept, prior to its launch in February 2020.

He says the company was selected based on its experience as a leading independent energy investment bank in Africa.

Moreover, the company boasts extensive experience in the financing of renewable energy transactions in many markets both in Africa and globally.

“Fulfilling this role has entailed working with the participating countries to propose, screen and evaluate generation assets and portfolio packages to be included in this first tranche of the programme, and purposed to create liquidity for expansion of green generation through optimised financing of existing assets.

“We have acted as the appointed representative of the programme for UNECA in extensive interface with energy ministries and their related governments, including several of Heads of State,” he expands.

With regard to the current transaction, Fieldstone rigorously reviewed a number of alternative opportunities in South Africa in conjunction with the government before focusing on the DBSA debt issuance, which best suited the parameters required by Pimco, Harlan says.

He also mentions that credit must be given to involved creditor Songwe, with the singular vision behind the achievement of this groundbreaking result.

Harlan says Fieldstone will continue in its role as programme adviser, proactively identifying, evaluating and concluding the next transactions for the programme, some of which are likely to come to fruition in the near term.

“Pimco’s capital commitment and interest in the market should allow a series of transactions to take place over time and the involvement of other high calibre investors,” says Harlan.

He notes that the entire African energy sector benefits from the introduction of private institutional capital from abroad into the clean energy debt market.

“The crowding in of private financing will help drive and complement foreign governmental support. The enormity of the continent’s capital requirement suggests that all viable funding sources must be activated.

“As financiers in the market, we look forward to the opportunity to develop additional approaches for unlocking transactions via the programme. This development is cutting edge in nature and requires a great deal of hard work, innovative financial structuring and out-of-the-box solution-driven thinking,” Harlan says.