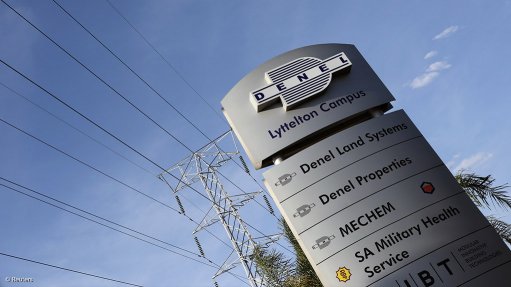 South Africa's government has eased the terms of a R576-million bailout given to state defence company Denel for the financial year that ends in March 2021, officials told Reuters.

Denel, which makes military equipment for South Africa's armed forces and export, has faced a liquidity crisis and struggled to pay full salaries to some staff this year.

Denel was allocated R576-million to pay off guaranteed debt, but the company asked the government to allow it to use the outstanding R271-million to support activities that would generate revenues.

"The Minister of Finance indeed waived the conditions and allowed Denel to use the funds for any purpose apart from paying off guaranteed debt," said Kgathatso Tlhakudi, director-general of the Department of Public Enterprises (DPE).

The National Treasury told Reuters that Denel's recapitalisation conditions had been amended, saying the matter had been resolved following discussions between Treasury and DPE's legal teams.

Asked whether Denel could draw down the remaining R271-million any time from now, a Treasury spokesperson said in an emailed response to questions: "Yes, that is correct."