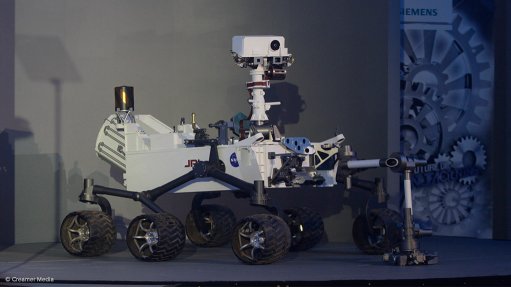 A working model of the Curiosity Mars Rover
Photo by: Duane Daws