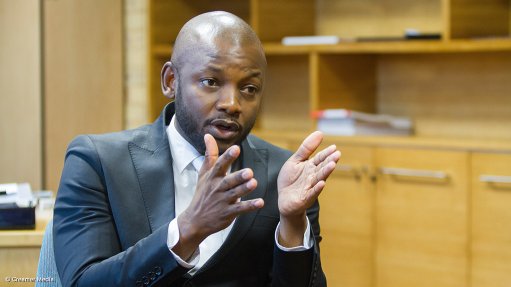 “This policy is going to trigger a review of our supply chain management policy, which, in turn, is going to change our procurement strategy. It will also change other strategies, such as human resources.”

“We have identified ten areas where we want to develop subsector strategies.”

Included here, for example, is the proposal that Sanral only does business with companies that are at least 51% black-owned and with a minimum level 2 black empowerment rating, when rolling out capital projects.

Also, a maximum of 15 tenders a year will be issued to a single company, and companies will be required to make use of Sanral-approved contractors.

Concessions to manage and operate toll roads will only be awarded to companies with 51% black ownership. To reduce monopolies, Sanral will limit the number of contracts awarded to established and dominant industry players.

There will also be a focus on the “equitable allocation” of projects across Construction Industry Development Board grades, with grades 1 to 4 (emerging and/or smaller companies) to be accommodated.

Emphasis will also be placed on creating space for black business in “rigid” materials and equipment supply chains.

Sanral is also to play a more direct role in the development of emerging contractors.

In addition, communities where road contracts are implemented will have to benefit from such contracts.

“We are but one element of a very big construction industry,” said Macozoma in Johannesburg as he unveiled the transformaation policy.

“We put R20-billion into this industry on an annual basis. This is a very significant amount, but our budget in comparison to Eskom is still very small. Our budget compared with Transnet is very small. If together, under the auspices of the Presidential Infrastructure Coordinating Commission, we have a process where government galvanises its efforts, we will achieve the objective of transforming this industry together.

“We are now currently pursuing our own transformation strategies, and, of course, the sum of the pieces is not adding up to what we want. We want to locate our strategy within the strategies of the rest of government, so we can begin to swing this industry.”

Horizon 2030
Sanral on Friday also unveiled its Horizon 2030 strategy, which will guide the group’s policies for the next 13 years.

Sanral chairperson Daphne Mashile-Nkosi said Sanral had “learned some hard lessons” in the past five years, with the 2030 strategy a plan for the group “to return to grace”.

“The process will take time, patience and fortitude.”

Her comments refer partly to the combined failure of government and Sanral to convince the Gauteng public to pay electronic toll fees for a revamped road network in the country’s economic heartland.

Currently, only 30% of electronic toll revenues are collected.

The 2030 strategy considers that Sanral would like to broaden its scope to outside South Africa, with current legislation limiting it to work within the borders of the country.

A reduction in the kilometres transferred would result in a more sustainable national road network of 25 000 km with an increased budget per kilometre, noted Macozoma.

As for funding, Horizon 2030 notes that “uncertainties relating to adequate funding allocations from government and concerns relating to the use of private finance to develop roads, place an increasing risk on the sustainability of the high quality of the condition of the entire national road network”.

Macozoma sketched a picture of two scenarios in terms of Sanral future expenditure: Either private funding plays a role, with more roads to be built faster and the current network remaining in good condition, or Sanral’s budget remains reliant on the State, with roads to be built as funds become available, with new projects either delayed or cancelled. Road maintenance is also likely to suffer.

“We can take scenario one, which is growing our network to 35 000 km, with a current 5% increase in public budget allocation and a heavy uncertainty of the future of toll,” he noted.

“This is not sustainable, it’s entering very dangerous waters that will lead to the serious deterioration of the quality of our road network.

“In scenario two, where we moderate the transfer of roads from other authorities and end at 25 000 km, it means that we have sufficient infrastructure allocations to improve infrastructure. That is the scenario we are negotiating going forward.”

Public Comment
Sanral’s Horizon 2030 and its transformation policy will be open for public discussion at industry round tables between October and December.

Submission of comments closes in December.

The revision and final approval of the policies are scheduled for March next year, with implementation set for April 1, 2018.