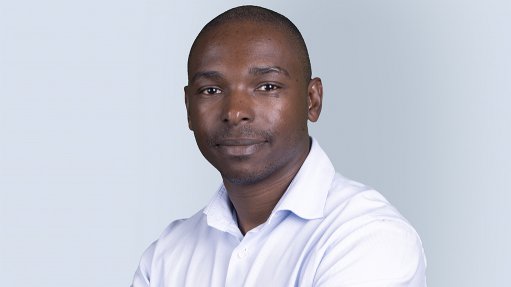 MARTIN MKHABELA Even though there is significant potential for hydrogen in South Africa, the country is not there yet

With moderate estimates suggesting that South Africa could secure 10% of the global export market share in the green hydrogen economy (GHE), the local industry will undoubtably experience a boom, says engineering consultancy WSP.

The country will be exposed to opportunities in the green hydrogen economy as an exporter, with significant opportunity to be the main provider of platinum-group metals (PGMs), which are key ingredients in electrolysers used to produce green hydrogen and hydrogen fuel cells used to convert hydrogen to electricity, WSP tells Mining Weekly.

“Trade, Industry and Competition Minister Ebrahim Patel has emphasised that South Africa has more than 80% of the world’s platinum reserves and is home to the largest platinum mining companies in the world.

“When you consider that initiative body Hydrogen Council forecasts that the GHE will achieve yearly global revenues of $2.5-trillion by 2050 and that the global demand for hydrogen is expected to increase sevenfold in less than 30 years, the massive opportunity before us becomes clear,” says WSP regional director Martin Mkhabela.

It is estimated that global hydrogen demand will reach between 500-million and 600-million tonnes a year by 2050. Additionally, the future of the global renewable-energy sector is full of opportunities, with 85% of all global electricity production expected to be sourced from renewables by 2050, he adds.

By becoming a significant player in the GHE, South Africa will also be able to decarbonise its economic sectors, especially the transport industry. Practically every country has joined the Paris Agreement on climate change, which calls for keeping the global temperature to 1.5 °C above preindustrial era levels. To this end, a growing number of countries are making commitments to achieve carbon neutrality, or “net-zero” emissions by 2050.

“Even though there is significant potential for hydrogen in South Africa, the country is not there yet. This will likely change in the near future following the recent changes in the Electricity Regulation Act announced by President Cyril Ramaphosa to allow power producers to generate up to 100 MW of power without a licence from the National Energy Regulator of South Africa. It is expected that this will pave a way for South Africa to start using excess renewable energy in the grid to generate green hydrogen,” Mkhabela explains.

All indications are that by successfully leveraging hydrogen technology, along with other renewable-energy sources, such as solar and wind, the country can benefit on environmental, economic and social levels.

Such developments, linked to growing the local hydrogen industries, could play a crucial role in the Covid-19 pandemic recovery and job creation. The pandemic significantly exacerbated South Africa’s socioeconomic challenges, including an increasing unemployment rate, which reached 34.4% in the second quarter of this year.

However, a study by research and development organisation the Council for Scientific and Industrial Research has provided hope, as the study indicates that the transformation of the energy sector could create about 1.6-million jobs.

Mkhabela explains that not all hydrogen is created equally.

Grey hydrogen is extracted from fossil fuels through the steam that reforms from natural gases. This process; however, produces large amounts of carbon emissions.

“Petrochemicals producer Sasol has been a producer of grey hydrogen in South Africa for many years and has recently announced a move to green hydrogen. We have also witnessed a trend with municipalities, particularly eThekwini and Johannesburg, with their making announcements for the creation of hydrogen hubs and switching from using fossil fuels to using hydrogen fuel cells in their bus fleets.”

South Africa remains a water-scarce country and the thirtieth driest country in the world. Our adoption of hydrogen as fuel for power generation and transportation will certainly not be a walk in the park. A significant amount of innovation will be required to unlock water resources to produce green hydrogen at competitive prices, he concludes.