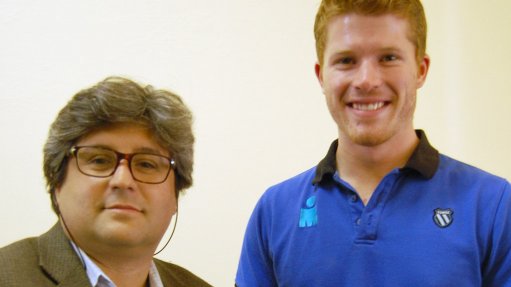 The University of the Witwatersrand (Wits), in Johannesburg, has supplied the first South African designed and built piece of hardware to the Atlas experiment of the Large Hadron Collider (LHC) at the European Organisation for Nuclear Research, better known as Cern.
The hardware is a high voltage (HV) board.

The HV board was developed by Wits Physics PhD student Robert Reed, who is a member of the recently created High Energy Physics Group (HEPG) of the Wits School of Physics. It was integrated into Atlas on September 2 (Monday).

The LHC is currently shut down for a 24-month maintenance and upgrade programme, which started in February. The Wits HV board is used in a new mobile test system for Atlas, called the Mobile Drawer Integrity Checking system (perhaps inevitably acronymed to MobiDICK), and its primary function is to accurately and reliably produce high voltage.

“On the Atlas detector you have these drawers of electronics that do all the filtering of the raw data that comes out of the detector,” explains Reed. “These electronics have to be verified and checked before the LHC starts up in 2015. The new mobile testing equipment basically is a mobile box which the detector maintenance people will use to connect to the detector which would run the test on this drawer of electronics.”

The HEPG, in cooperation with the local electronics industry, will be producing six HV boards for MobiDICK test systems. This stands as “proof of principle that we in South Africa can deliver with similar standards to our European counterparts,” highlighted HEPG head Professor Bruce Mellado. “It is also not only an academic exercise, but a real product that will be used for real detector maintenance on the Atlas detector.”

Atlas is one of two general purpose detectors in the LHC and was heavily involved in the search for the Higgs boson. It is 46 m long, 25 m wide, 25 m high and weighs 7 000 t; more than 3 000 scientists in 174 institutions in 38 countries (including South Africa) work on the Atlas experiment. Mellado, who joined Wits in 2012, was a leading member of the Atlas team that discovered the Higgs.