Ratings, industrialisation and investment at stake as Eskom moves against IPPs 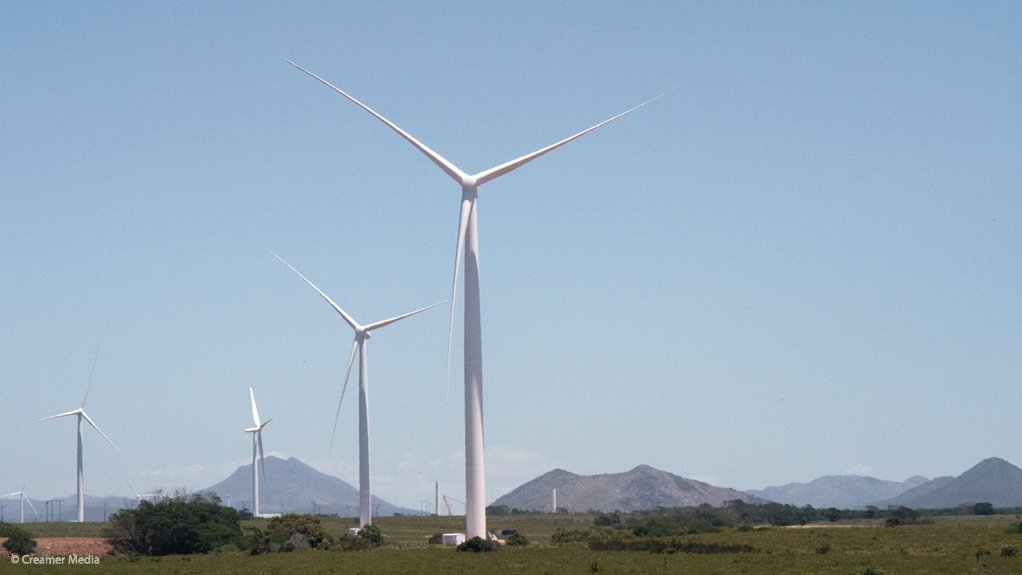 FAIR-WEATHER FRIEND Amid the power crisis Eskom has been buying IPP power, but is now showing resistance
Photo by: Duane Daws

News of Eskom’s letter to Energy Minister Tina Joemat-Pettersson – seeking clarity on the approach the utility should take to contracting in future with independent power producers (IPPs) – sent shock waves through the private power community, which is only just starting to find its feet in a sector still dominated by the State-owned monopoly. It also led to warnings that any move to curtail the IPP programmes could have a “chilling” effect on investment, undermine green industrialisation efforts and even affect the country’s credit rating.

The letter, signed by Eskom chairperson Dr Ben Ngubane, indicated that the utility was unwilling to sign further power purchase agreements beyond the preferred projects selected under bid window 4.5 of the Renewable Energy Independent Power Producer Procurement Programme (REIPPPP). In other words, the letter potentially places a further impediment in the way of concluding the so-called ‘expedited round’ (a scheme deployed to mop up 1 800 MW of bid-ready renewables projects before the REIPPPP framework is comprehensively updated), the Coal Baseload IPP Programme and the issuance of a tender for some 3 700 MW of gas-to-power.

In the absence of an updated Integrated Resources Plan (IRP) – the current version is six years out of date and anticipates a far higher level of electricity demand than is currently the case – the letter also brings into the open simmering tensions between Eskom and the IPPs and once again highlights serious policy, regulatory and legislative fissures.

Eskom CEO Brian Molefe has been openly hostile in his attitude towards existing renewables projects and has also raised questions about the need for additional renewables and baseload IPPs in light of Eskom’s improved operating performance and its large-scale, albeit delayed, new build programme.

On more than one occasion, he has pointed out that, during the evening peak, the country’s solar panels are no longer operational and there is no guarantee that the wind will be blowing. Eskom has also raised questions about the need for private coal baseload capacity, as well as the gas-to-power programme in light of its improved plant availability.

The IPP Office, meanwhile, has been making good progress with its evaluation of the REIPPPP expedited-round and the coal-baseload bids. Therefore, any pullback is likely to shake the confidence of domestic and foreign power investors, who have hitherto lauded the REIPPPP, in particular, as evidence of South Africa’s willingness to open its electricity market.

Through the REIPPPP, 6 377 MW of mostly wind and solar capacity has already been procured, stimulating nearly R200-billion worth of investments – a figure that could rise to R255-billion once the current procurement round is closed. Through the first round of the Coal Baseload IPP Programme, meanwhile, around 900 MW of capacity is set to be procured under a Ministerial determination catering for the eventual procurement of 2 500 MW of private coal-fired generation.

Changed Circumstances Eskom spokesperson Khulu Phasiwe tells Engineering News that the letter was written in an effort to gain clarify from the Department of Energy, the policy-setting department in the energy milieu, on how to proceed in light of changed demand-supply conditions.

Demand fell again last year to 214 487 GWh at a time when Eskom has made some strides in recovering the energy availability factor (EAF) from its coal-fired power stations. The EAF rose to 78.6% between April and June this year, from only 69.6% during the corresponding period in 2015, adding over 3 700 MW of capacity. As a result of the downturn in demand, Eskom has started to increase its export to the rest of the region.

Should Eskom reach its stated goal, and should its Medupi and Kusile power stations meet revised schedules, Molefe forecasts that the utility will be in a surplus position, with more than 53 GW of capacity available by 2022.

However, the yet-to-be-released IRP update reportedly estimates that this surplus will be absorbed soon after 2022 and that there is a need to invest in additional capacity partly to address demand and partly to close any supply gap that is likely to emerge when some of Eskom’s older plants are retired. A key imponderable, though, is the outlook for demand, with little clarity currently on how much of the demand forfeited during the load-shedding era has been permanently lost and how much could return should domestic and global economic conditions strengthen.

Njikelana tells Engineering News that emotions should be set aside and that Eskom’s approach to the Ministers of Energy and Public Enterprises should be used, instead, as a stimulus for broader consultation on the future shape of the industry.

“We urgently need meaningful engagement,” he argues, adding that it is possible to strike a balance between Eskom’s balance-sheet concerns and the stated policy objective of increasing the role of IPPs to represent 30% of generation capacity.

There is a risk, however, of Eskom securing, through bilateral discussions, a directive that is harmful to IPPs, In that instance, Saippa and others will mount strong, even legal, resistance.

South African Photovoltaic Industry Association (Sapvia) CEO Moeketsi Thobela is even more assertive, describing the current discourse as having the potentially “damaging” outcome of “chilling” investment in the renewables sector, as well as the rest of the economy. “Hardly an outcome this economy requires when the outlook for South Africa’s economy looks gloomy,” he said in a statement, highlighting the International Monetary Fund’s latest forecast that the economy would only grow by 0.1% this year. The South African Reserve Bank, meanwhile, forecast 0% growth for the year, a downward revision from its previous estimate of 0.6%.

“Could it be said that we are seeing a public sector ‘lock-out’ of private-sector investment?” Thobela asked, adding that if the REIPPPP was seen as being constrained by grid availability, “why is the private sector not provided an opportunity to contribute towards alleviating this constraint?”

Njikelana, as well as other individuals who spoke to Engineering News on condition of anonymity, also cautioned that any move to exclude IPPs from the future mix could affect the outcome of the December review of South Africa’s credit rating. The rating agencies held back from downgrading the country to junk in the June review, but have signalled that South Africa needs to take steps to encourage growth and private investment to avoid a downgrade in December.

“If IPPs are excluded, we should not be surprised if the rating agencies take a dim view,” Njikelana avers.

Njikelana warns further that, if investor confidence is damaged, it could exacerbate the current precarious investment climate. “Obviously, we can ill afford to be in such a situation, given the current economic morass.”

He, therefore, appeals for the Energy and Public Enterprises Ministers to ensure deliberations on the future role of IPPs are as inclusive as possible. “While stakeholders and players in this industry do engage from time to time, the action taken by Eskom further exposes that such engagements are either too artificial, fragmented or terse to be meaningful.”

Another source, who spoke on condition of anonymity, challenged government to find another public–private initiative in South Africa that was delivering as well as the REIPPPP. The source highlighted not only the sharp decline in prices in the core area of adding new generation capacity, but also the strides taken by IPPs in delivering on socioeconomic development, black economic empowerment and green industrialisation.

Thobela also picked up on the industrialisation theme, noting that Sapvia also represented photovoltaic (PV) components manufacturers. He said it was “difficult to articulate the pain that is being inflicted on the emerging PV manufacturing sector due to the uncertain evolution of the REIPPPP”.

“The negative effect on attempts to reindustrialise the South African economy and boost job-creation are all too obvious to see.”

Inherently Conflicted Yet others believe it is beyond urgent for energy policymakers to begin dealing decisively with fundamental structural constraints in the electricity supply industry, with Van den Berg describing Eskom’s role as generator and grid operator as inherently conflicted. “It was always inevitable that the dropping prices of renewable energy and the zero-carbon future emerging internationally would lead Eskom to the point where it would, in its narrow self-interest, quixotically try to resist the inevitable transition to a sustainable future.”

Such a stance, he adds, is diametrically against the national interest, as it implies higher electricity prices, as well as a continued reliance on unsustainable energy sources. It also threatens jobs and manufacturing facilities servicing the R192-billion renewables industry.

“We trust, however, that this will be the start of a speedy process to recalibrate Eskom’s mandate to be aligned with the national interest,” Van den Berg concludes.

Professor Anton Eberhard, of the University of Cape Town Graduate School of Business, has also appealed for a rethink, as well as far-reaching restructuring of the electricity supply industry.

Writing in the Business Day, Eberhard calls for a separation of the transmission operator function from Eskom, suggesting that the new ‘Gridco’ should take charge of electricity planning, power procurement and contracting, system operation and balancing and transmission.

“This obviously needs to be independent of Eskom generation and IPPs, so [Gridco] can procure power at the least cost.”

He argued that such restructuring would require vision and leadership, but insisted that it was not naïve to believe the electricity sector could be restructured.

“Instead of Eskom’s leadership defending an old, vertically integrated, monopolistic electricity industry model that international experience shows is moribund, would they not want their legacy to be distinguished by a reforming zeal that sets our country on a different path?”