PwC forecasts 'pain' for the public amid prospects of tax hikes 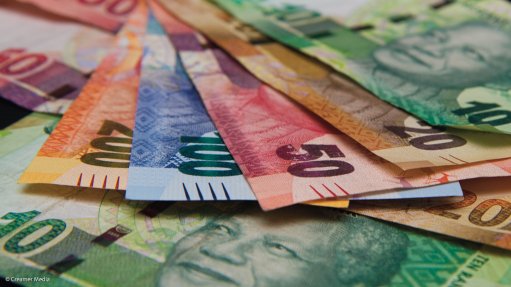 The nature of fiscal revenues and expenditure in the 2018/19 fiscal year so far indicate that the fiscal deficit will likely expand to R250-billion, unless prudent spending cuts are implemented, financial services firm PwC warned on Wednesday.

As such, South Africans can potentially expect the implementation of significant tax increases to meet the gaping deficit when the Budget is presented by Finance Minister Malusi Gigaba next week.

Speaking at a media roundtable, in Johannesburg, Krugel outlined that this year's Budget would need to give clarity on several important issues, including the funding of State-owned entities (SoEs) and free higher education.

As the free higher education issue was not factored into October's Medium Term Budget Policy Statement forecasts, PwC noted that tax increases could be even higher to fund the initiative, although indications have been that it would be funded through the reprioritisation of expenditure.

"The SoEs are a very big-ticket item that especially the ratings agencies will be looking at very closely. There are significant funding challenges, [but] with the change in the board at Eskom . . . the market reacted positively, but it will take some time . . . to turn these SOEs around," she added, emphasising that these entities were continually struggling with finance, while government's stagnation on guarantees had further exposed it to debt.

Meanwhile, PwC said it was possible that an announcement on the removal of certain tax incentives could be made to broaden the tax base and raise additional revenues. The incentive possibly most at risk is the reduced tax rates for small business corporations, which costs the fiscus around R2.5-billion a year.

"We expect that less than full relief will be given for inflation, and fiscal drag will be used to raise additional taxes of R5-billion to R8-billion. The bulk of this burden is expected to be borne by middle- and high-income earners," PwC South Africa tax policy leader Kyle Mandy explained.

He added that while it would pain the consumer if government were to implement a 1% increase in value-added tax, "it is just a bullet we are going to have to bite", as it was an attractive source that could raise as much as R22-billion in additional revenue.

No change was expected in the general corporate tax rate of 28% and PwC believed that the capital gains tax would also remain untouched, despite being highlighted by the Davis Tax Committee as an option to raise funds for free higher education.

It has also been suggested that medical tax credits should be removed to provide the initial funding of the National Health Insurance Fund. The cost to the fiscus currently amounts to around R22-billion a year. Such a policy would add around R1-billion in 2018/19.

WHAT WILL MOODY'S DO?
A big question the country is currently facing is whether the Budget and coinciding policies will be sufficient for South Africa to retain its investment grade from Moody's, having already been downgraded to junk status by Standard & Poor's and Fitch.

Krugel noted that the ratings agency had "the best reason" to downgrade South Africa's sovereign ratings at the end of last year, as deficit targets were already not being met.

"What pans out in the next few weeks in terms of our political environment will play a big role, [but] given that the outlook [and sentiment] has improved, I don't think Moody's will downgrade us," she highlighted.