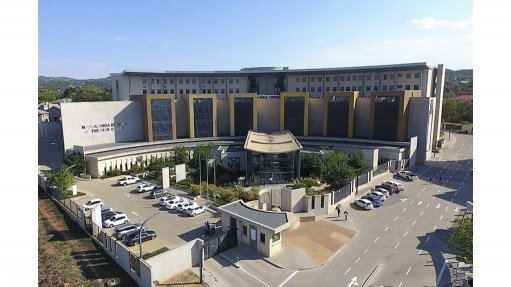 The Department of Public Works and Infrastructure (DPWI) plans to release a request for information (RFI) for the Integrated Renewable Energy and Resource Efficiency Programme (iREREP) on September 20, to garner ideas and information into ways to deliver mutual value through strong partnerships across government and the private sector.

The department, as the largest landlord and facilities manager in the country, says it has a responsibility to not only deliver and manage quality infrastructure, but to combat climate change and sustainable development through its mandate, such as providing buildings for government service delivery.

Recent studies place the department’s yearly electricity and water consumption at an estimated 4 021 GW/h and 39-billion litres, respectively, with over 822 000 t of waste generated.

This equates to an average yearly expenditure on electricity and water of R2.4-billion and R1.8-billion, respectively.

The Economic Reconstruction and Recovery Plan (ERRP), unveiled by President Cyril Ramaphosa in October 2020, identified infrastructure development as a key catalyst in rejuvenating the economy.

In this regard, the DPWI explains that, because South Africa grapples with load-shedding, water shortages and accelerated effects of climate change, government’s response to these challenges must be citizen-centric.

The iREREP project, also known as the Photovoltaic and Water Savings on Government Buildings Programme, was gazetted as a Strategic Integrated Project (SIP) in July 2020 as part of a credible pipeline of projects in the Infrastructure Investment Plan, which was approved by Cabinet in May 2020.

The iREREP project aims to achieve savings and revenue of over R401-billion by 2050, which can be reallocated to other government priorities, as well as contribute R253-billion directly to South Africa’s gross domestic product.

Also, the DPWI says, 3 800 new small businesses will be developed – the majority being black-owned, while 146 000 jobs will be created and skills development opportunities will be made available for more than 117 000 people.

Further, the project aims to reduce carbon dioxide and other greenhouse-gas emissions by over 54.5-million tonnes.

Thus far, the iREREP has received National Treasury approval for Phase 1 and has been registered to be implemented in collaboration with the private sector on a full design, finance, build, operate and transfer basis.

The programme is now ready to proceed to Phase 2.

In line with the DPWI’s Green Building Policy, which consolidates the various legislation and policies to meet South Africa’s sustainability targets, the department has translated these targets, which it will implement through the iREREP.

The next phase of the project will involve the issuance of requests for proposals, which is expected to occur later this year.

Public Works and Infrastructure Minister Patricia de Lille says the programme presents a unique opportunity to harness the partnership between government and business to create a prosperous South Africa.

“This is an opportunity for large-scale innovation in government that not only promotes resource efficiency and saves money but it is a major effort to protect the planet against the devastating effects of climate change,” she adds.