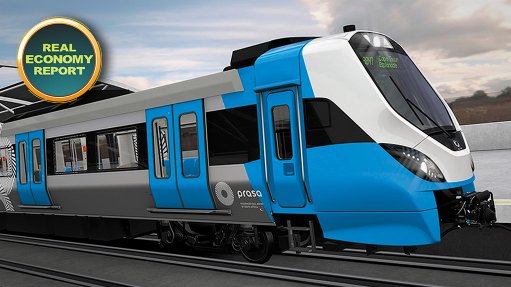 Anine Kilian:
Testing took place between Wolmerton and De-Wildt in Pretoria and would be completed by the end of September in anticipation of commercial operation in October.

Anine Kilian:
He added that the Test Train 2 was also currently being tested.

Anine Kilian:
In 2014, PRASA and Gibela reached financial close for the manufacture of 600 new trains at a cost of R59-billion. Gibela would manufacture 580 trains in South Africa and 20 trains in Brazil, with the contract subject to a 65% localisation target.

The share held by South African metals and engineering producers of the domestic market fell to just 45% last year as imports continued to rise, representing a material decline from a peak of over 65% in 2002.
Seifsa chief economist Henk Langenhoven