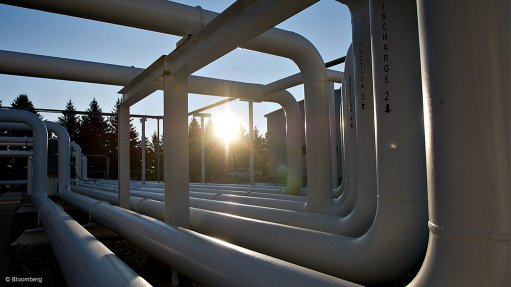 UNLOCKING POTENTIAL Fortune Capital is an entity that is going to enable power players to access gas in South Africa Filename:
Photo by: Bloomberg

Referring to the African Renaissance Project (ARP), Fortune Capital CEO Nhlanhla Magubane explains that the project is a 2 600 km cross-border terrestrial gas pipeline project, which will transport gas from the offshore and onshore basins to all Mozambique’s major cities, special economic zones and South Africa at a capital cost of $7-billion.

“The indispensable essence of this project is that it provides the potential for South Africa to have energy security, economic growth and development, as well as environmental sustainability. Currently, the project is in an exploratory phase and we are involved in project planning,” he says.

Magubane adds that Fortune Capital’s focus is mainly to ensure that the gas gets to South Africa so that it can stimulate the independent power producer (IPP) market, and the domestic and industrial markets.

“This project will be a game changer for the region, stimulating industrial growth, providing clean and affordable energy, and reducing carbon emissions.”

He adds that there was uncertainty about government endorsement for the project; however, Energy Minister Mmamoloko Kubayi said in a speech at the Gas-to-Power conference held in May, in Cape Town, that diversifying power sources and exploring gas as a viable alternative is a priority in the National Development Plan.

“Natural gas is capable of providing more than just electrical power as, in our assessment, it can also provide direct heat and chemical feedstock for industrial processes, commercial and residential cooking and heating applications, as well as an alternative fuel source for transportation purposes,” said Kubayi.

Magubane points out that government interest is a big advantage, owing to the project relying on the State to be an offtaker for the gas.

“IPP is the way to go and we will support the programme. We see ourselves as an entity that is going to enable power players to access gas, which, before the ARP, was only possible through liquefied natural gas imports with ships and regasifying in South Africa.”

Magubane concludes that, as one of the biggest polluters on the African continent, South Africa needs to convert to a cleaner, renewable power source to ensure sustainability.