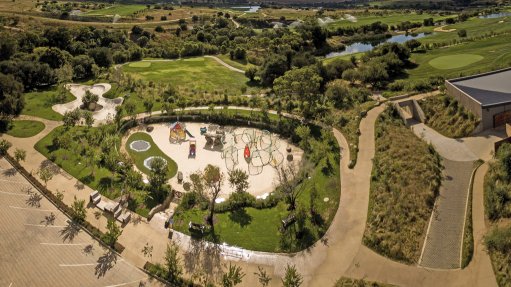 MIXED LAND USE Steyn City will include a lifestyle resort, a city centre, a commercial park, retail outlets, a retirement village, a medical centre and private residences on its 810 ha of land

Construction company Renico Earthworks & Civils will commence the R280-million contract for the construction of internal services in Phase 2 of the Steyn City Parkland Residence project, in Johannesburg, before the end of this year.

The development lies on the last piece of land on the urban edge of the ‘new north’ and, at 810 ha, will be the largest parkland residence in South Africa. A mixed land use approach is being followed with the parkland featuring a lifestyle resort, a city centre, a commercial park, retail outlets, a retirement village and a medical centre in addition to private residences.

“We are delighted to be appointed for the Phase 2 internal bulk services of Steyn City. This prestigious lifestyle resort has become a byword for quality and attention to detail; an ethos which matches our own,” says Renico Earthworks & Civils MD Nico Louw.

Phase 1 of the development is well under way, with 93 apartments and 19 clusters already completed and a further 60 clusters being built off plan. In addition, six show homes have been completed and 220 freehold stands have been released and sold. Construction has already commenced on more than a quarter of these stands, and the first homeowners have taken occupation of their new home.

Homes at Steyn City range from apartment living and clusters to freehold properties, which owners can build according to their own specifications. The size of stands vary, but all share views of the parklands they border. Security is also an important feature and the developers have deployed sophisticated technology to put property owners at ease and to create an open, boundary free community.

About 50% of Steyn City’s land is also to be reserved as a green belt. An 18-hole championship golf course also straddles both sides of the Jukskei river to form part of the parklands, traversed by walkways, running and cycle tracks. The golf clubhouse has won several international awards and boasts expansive views of the first, ninth and eighteenth holes.

The luxury lifestyle resort offers a host of outdoor amenities and activities, including an equestrian centre and clubhouse, skate park, children’s play nodes, tennis courts, outdoor gyms, a deli, and a fine-dining restaurant.

With the emphasis on pedestrian movement, there is only one major arterial route, and all internal walkways are linked by subways to ensure easy movement without the inconvenience of traffic.

Steyn City was named the fourth best estate in South Africa in a survey conducted by market research entity New World Health. Estates were ranked according to factors such as security, activities and facilities on offer, housing design and spacing, views, appeal and potential for resale and price growth. Steyn City’s fourth place is impressive, given that the top three estates are well established developments boasting coastal locations, while, in comparison, Steyn City is still under construction.