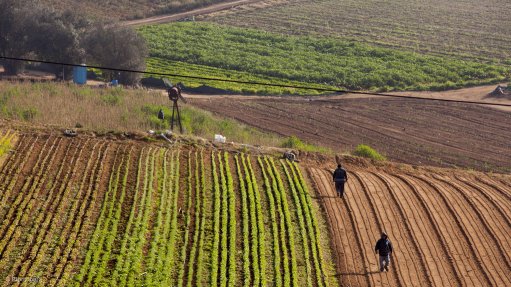 The Covid-19 pandemic is expected to drive an increased focus on localisation, rather than globalisation, in order to ensure countries are more self-sufficient, says agricultural organisation Agbiz president Francois Strydom.

In a recent webinar hosted by Agbiz and fellow agricultural industry organisations Senwes to discuss agricultural value chains and some topical issues affecting them at the moment, he pointed out that South Africa has about 38 value chains, of which 24 are net exporters for eight out of every ten years.

Other than providing food for almost 60-million South Africans, these agricultural value chains also provide about 65% of the food that is needed in the Southern African Development Community region, roughly to 250-million inhabitants.

“The lockdown has highlighted how much we need each other and what the potential is of localised production, instead of importing,” he said.

He said he had no doubt that major consolidation would take place in many sectors following the lockdown, and while the Covid-19 pandemic persists, especially in the agricultural value chains, owing to a lack of liquidity.

Agbiz CEO Dr John Purchase said South Africa was forty-eighth in the world in terms of food security, on the Global Food Security Index, which comes out every year.

South Africa had dropped one to two positions over the last few years, but remains number one in Africa in terms of food security.

However, Purchase said South Africa’s household food security was not good enough. Roughly 20% of households in South Africa do not have the means to afford food in South Africa, and therefore government offers a grant system.

In terms of competitiveness of food, Purchase noted that there were four components to consider. Firstly, food availability – production and research that goes into food availability, which is primarily the farmers’ responsibility.

Second is the cost of food to the consumer, which is probably the most important one. “People must have physical and economic access to food.”

Purchase further stated that the third aspect of food competitiveness involved food safety and quality, as well as the nutritional aspect of food. The fourth component is the element of time, meaning the three components mentioned must be sustained over time.

He confirmed that South Africa did have national food security, evident in its net exports of food, thanks to a competitive agricultural system in South Africa. “Most of our value chains are net exporters, meaning we are competitive in the global market.”

The impact of Covid-19 on South Africa’s food competitiveness remains to be seen.

Purchase said South Africa’s agricultural competitiveness dipped from 2000 to 2007, which has since improved considerably both on the primary sector side and on the secondary sector side.

For example, South Africa had been a net importer of beef up to 2014, importing roughly 6% of its beef needs. However, beef farming has seen considerable investment and increased competitiveness, with South Africa now exporting beef to a range of countries across the world, valued at about R1.3-billion a year.

The beef industry in South Africa managed to retain its markets despite an outbreak of foot and mouth disease, and has helped emerging farmers in the value chain at the same time. Yet, only 5% of beef farming is done on a large, commercial scale in South Africa, while 45% of beef production comes from black-owned farmers.

Purchase explained that South Africa’s primary agriculture had over the last 20 years grown at roughly 1.7% a year, but it was cyclical depending on weather conditions.

However, over the last two years, agriculture’s contribution to gross domestic product had declined as a result of continuous recessions in the economy, as well as major periods of droughts.

Fortunately, good rains in the Western Cape over the past year and now in the summer harvest areas, have enabled strong maize, soybean and sunflower harvests.

In South Africa, growth in the grain value chain has been flat while horticulture and animal product industries have grown very well.

Looking at the Agribusiness Confidence Index, confidence has been negative for the past six to eight quarters. It did tick up in the first quarter before Covid-19-hit local shores, but will undoubtedly fall as the impacts of the pandemic realise on the economy.

“The fortunate thing with the lockdown issue is that food and agricultural activity remained essential services and agriculture will be among the least affected of all sectors of the economy,” said Purchase.

He added that, if anything, the Covid-19 pandemic has shown the South African government the importance of the agricultural sector and its value chains, especially the small businesses in the informal food market system to keep food supplies going in rural communities.