Opinion: Renewables in Africa must deliver more than just power 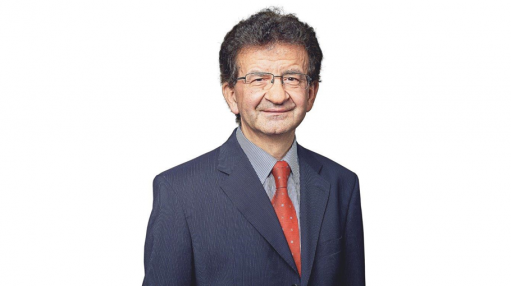 South Africa has entered a new decade with much to occupy its business community. For Lekela Power, the unprecedented impact of the Covid-19 pandemic on the economy and on the population has been one of our foremost areas of focus. But not far behind that has been the country’s energy security.

It is common knowledge that – despite a reduction in electricity demand due to the economic slowdown wrought by Covid-19 – South Africa’s electricity supply remains precarious.

Just how serious that is was made clear by the announcement of ongoing scheduled blackouts in the summer months. Most load-shedding, as it is called, has generally happened in winter, when demand peaks.

So it is not surprising that Bloomberg Economics regards the availability of electricity as the single biggest threat to South Africa’s economic outlook.

But it is also enormously encouraging that Eskom CEO André de Ruyter acknowledges that renewables – specifically wind and solar power – are quick and cost-effective ways to address the country’s energy supply problems.

De Ruyter has several times urged the government to enable procurement of more new electricity capacity, in addition to the 11 800 MW gazetted in a recent Ministerial determination.

There’s a growing debate about JET, what it will entail and how it will be achieved. Nongovernmental organisation 90by2030 defines five specific pillars: accessible and affordable electricity; corporate reform; a shift in ownership in the energy sector; empowerment of workers and communities; and environmental restoration and protection.

Pivotal to that shift is skills development and transfer to limit the impact on workers from the fossil-fuel sector of the shift away from carbon-intensive energy.

While Lekela aligns itself with all five pillars described above, empowerment of workers and communities is one that particularly strikes a chord. As a company with a firm commitment to Africa and South Africa, we find the growing impetus of JET very exciting.

Lekela’s portfolio includes more than 1 300 MW of wind power projects in Egypt, Ghana, Senegal and South Africa. In this country, we lead two investor consortia which own and operate five windfarms across the Northern and Western Capes.

Their combined output electrifies 688 878 homes and will offset a total for 2.36-million tonnes of carbon annually.

But to focus only on the 610 MW of clean power these will collectively contribute to South Africa’s grid, is only half the story. With the consensus forming that renewables – built quickly and cheaply – are an effective way to fill South Africa’s power gap, the important question becomes what else can and should renewables developers do for the places they build in?

At Lekela, we view our clean energy projects in Africa as successful only if there is a long-term positive impact for the communities where that renewable energy is produced. These are often in rural areas where economic activity and education opportunities are limited.

Our aim is to become the best-in-class clean energy developer in Africa by combining expertise and capital to help realise the renewable energy potential on the continent. Providing long-term value for all stakeholders is a central tenet of that approach.

Developers need to consider that when a wind farm neighbours a town or village and will operate there for over 20 years, it does not do so in isolation. It can be perceived as an intruder, long-term tenant or part of the community. Clearly that perception must be averted.

Our approach is to enter communities to stay and, like any community member, we should invest in the development and well-being of our neighbours.

In South Africa, Lekela’s companies fund enterprise and socioeconomic development from a percentage of revenue.

The contributions are allocated to fund local social development projects such as clinics and community centres, as well as providing funding or other needs including enterprise development and supporting education programmes.

In the longer term, communities located close to the project sites also benefit from the local community trusts established by Lekela’s wind farms which are paying dividends to these trusts.

Needs vary from community to community and the social development projects and outcomes are tailored accordingly. Lekela requires a dedicated employee at each of its projects to work in and with the community to ensure the collective goals are achieved.

These projects can sustain communities that were previously almost exclusively dependent on agriculture. For example, at the Loeriesfontein and Khobab wind farms, they have spelled the difference between economic viability and penury for around 600 local people who depend on farming for a living.

Noupoort Wind Farm built a new early-childhood development facility that has the capacity to care for 200 children aged 2 to 6 years old, addressing a prior shortage of safe and secure educational spaces. It has also funded an upgrade of the maths and science laboratory at the local high school and continues to sponsor maths and science teachers.

Lekela’s approach is also sufficiently flexible to respond to urgent community needs. Covid-19 is a case in point, where we stepped in to help local communities in their response to the virus.

Forecasts suggest that renewable energy will make up well over 20% of Africa’s energy consumption by 2030. That would represent a fourfold increase from 2013 and position the continent as a renewable energy hub.

The evidence to that effect keeps mounting: a recent study commissioned by the International Finance Corporation, a member of the World Bank Group, revealed that continental Africa has annual onshore wind potential of almost 180 000 TWh/y. That would be enough to satisfy the entire continent’s electricity demands 250 times over. It also concluded that 27 African countries each on their own could satisfy the electricity demand of the entire continent.

Africa is perfectly positioned – with the political will, funding models and cross-sector partnerships – to harness a combination of solar and wind-power. Capitalising on that position should be one of the priority infrastructure projects of the next decade.

But how can we only measure results in terms of energy generated? It is essential that we also consider positive socio-economic impacts for the communities where these projects are situated. Only then can we truly claim success.

Yes, 2021 and the new decade it heralds will bring its challenges, but the renewable sector’s commitment to development and a just and equitable transition from coal to clean energy is part of South Africa’s economic recovery and long-term prosperity.